Rob Vollman’s Hockey Abstract (published a year ago) offers some great insight into all kinds of things, and really drills down on the minor leagues. His AHL equivalencies range depending on age, and I’d like to go over last season’s group using his NHLE’s and then set the stage for expectations for this coming season. There are lots of new arrivals in OKC this year and following that group is going to be a wild ride.

I’m on record as wondering about Lander’s offense, but run through Vollman’s new NHLE he looks like a pretty good two-way center. I don’t know that he’ll get an extended chance with skill wingers this coming season, but maybe he starts to post some offense in 2014-15. The Edmonton Oilers desperately need someone to emerge from their system who can fill a role, maybe Lander’s circuitous development course means he’ll arrive just in time.

Horak looks like a good player, I hope they bring him back one day. Pitlick really took strides forward this season, but he needs to back it up with an even stronger one. There is a job available (4line RW) and he could win it with a big effort.

Gernat and Marincin appear to have the most offensive potential in the defensive group, suspect Klefbom ends up being the best of the bunch (although Marincin was the defensive version of what I’m hopeful Lander will become, as discussed above). 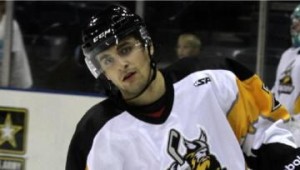 These are older prospects, you may recall our Farm Workers discussion each spring (and the low number of players who emerge from this group). The Oilers have three really good candidates (well, two now that Fedun is gone) and I’m thinking Arcobello is going to have a career. He’s simply overcome so much, I don’t think there’s a way to hold him back now. If he goes 82GP, 5-9-14 we’ll probably never hear from him again but he’s going to get his 550 ab’s. As we sit idling in the driveway this morning, I believe Arcobello’s wingers this fall will be named David and Edward. We’ll see if MacT pulls the trigger.

Brad Hunt is an interesting player, and a fascinating addition to MacT’s pursuit of this player-type. He experimented with M-A Bergeron during his coaching career, brought in Larsen and Hunt a year ago, and I imagine he loves Laleggia at the rookie camp. It’s part of what makes MacTavish interesting, he was a button down player and coach, but he’s still out there chasing wild horses. Maybe that explains Justin Schultz. 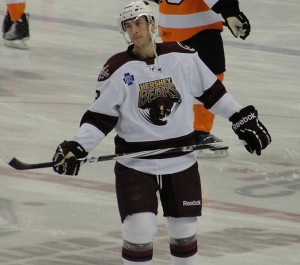 This is a tough spot for a player to emerge from, but Pinizzotto actually has a chance. I’m not sure we should count on him, but if he’s going to have an NHL career it’ll have to start pdq. If Pitlick is healthy this fall, and the Oilers don’t sign a Moss/Winnik, then Pinizzotto or the Finn Pakarinen will be on the outside looking in. If I’m Pinizzotto, I arrive in great shape and hammer the first guy I see on shift No. 1. That goes for Pitlick too. 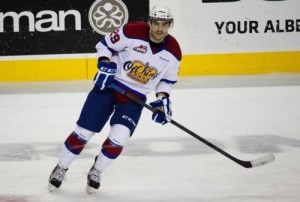 Land sakes (no idea what it means, my Grandma used to say it) this is going to be a fun winter to pay attention to the AHL team. Bogdan Yakimov ran up the numbers for that NHLE on 9:23 a night, so it’s probably low. Pakarinen is a Finn, giving him special status in OilersNation. Moroz and Khaira bring the beef and some offense, Khaira has apparently improved a step so maybe he emerges from the young C group to grab that 3line opening behind Nuge-Draisaitl. Then again Yakimov might lower the Bogdan (sorry) and that’s all she wrote. Dillon Simpson is going to be fun to track, especially when you consider just how many recently drafted defensemen will by looking for playing time on the Barons (Klefbom, Musil, Gernat, Simpson, Davidson). Add that group to Marincin (graduated) and Nurse (coming on strong) and that’s a lot of people for very few spots. Something’s gotta give. 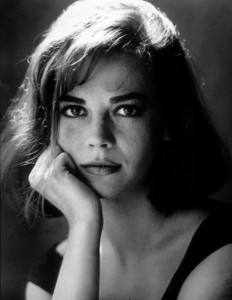 A fluid lineup on the show today. Noah Love from the National Post will talk about free agency and re-tooling, along with a thorough explanation of the Brazil tragedy yesterday. I’ll talk with Darrin Bauming from TSN1290 in Winnipeg about Evander Kane and his comments, and we’ll chat CFL too. Alex Thomas from Oilers Rig will pop in to explain Southie (Boston), Liam Coughlin and what the hell is going on in the eastern division of the American League. @Lowetide_ on twitter, and 10-1260 text. See you on the radio!

IN EVERY HOME A HEARTACHE

IN THE NHL TO STAY