Mark Arcobello’s ability to be 2C on the Oilers for the 14/15 season is a current topic of conversation. His supporters point to his hot start last year (10pts in the first 10 games) and excellent Relative Corsi (the team did better when he was on the ice than when he was off the ice) His detractors point to his 8 points in his last 31 games and say he isn’t the right fit. I have fallen on both sides of this debate and decided to look deeper at his 41 games as an Oiler last season to see if we can get a more clear picture on what Mark Arcobello actually did.  41 games is not a great samples, but it is what we have to work with. I went and looked at every game he played and noted the following:

I used RelOZS% because I think it paints a clearer picture than just straight OZS. If a player has 55% OZS in a game you may automatically think he got the offensive push, but if everyone else was 60%+ then he didn’t. Using RelOZS% gives us a better look at how Eakins used Arco for that game.

I used 5v5 CF% (corsi for) to keep the sample as big as possible. There is an argument to be made that using 5v5 close CF% is better, but Oiler games were rarely close and I didn’t want to shrink a small sample to a meaninglessly small sample.

You may not think that CF% is an indicator of offence or is a good evaluation tool. That’s ok, but I do think CF% and more importantly RelCF% with line mates and usage context can tell us a lot (not nearly everything). This look at Arco relies on CF% and RelCF% along with line mate and usage context to see if he helps or hurts the hockey club.

The data I collected is below (courtesy of extraskater.com). I put breaks in the data to indicate change.

Let’s examine the data and see if it tells a story. 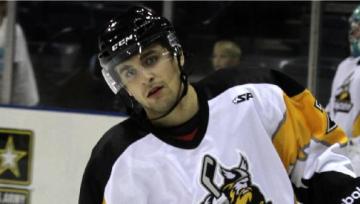 Arco is killing it. Only 2 negative CF% games. Both games were the 3rd in 4 nights, one against LAK.

He’s in the top 6 forwards and his line mates are the top end of the roster (Smyth excepted) He sticks with Eberle for 8 games then Perron and Perron-Hemsky for the rest.

He is usually getting a big OZ push, except for 2 home games where Eakins had them on the negative side of the OZS.

During these 13 games Arco looks like he fits in the top 6.

Sam Gagner comes back from injury and Arco loses his spot as 2C.

Eakins plays Arco with Gordon for 5 games getting Malholtra zone starts and except for the game with Eager, Arco does well given the situation.

Decent relative corsi despite getting buried with Gordon in the DZ is good stuff. It bodes well if Arco is asked to be the utility infielder this year and ends up with Gordon and Hendricks for an extended stretch.

Last 2 games before Arco gets sent down, Eakins changes it up and puts him between Yak & Smyth and gives them a big OZ push. Yak is in the doghouse at this time too and they don’t get a lot of ice time. This is what I expect the 3C to look like next year. Big zone push, 12-14 minutes per game.

The game in CHI is the dreaded 3rd in 4th nights and they get killed, but relative to the team they were about even. They bounce back in the DAL game and put up nice numbers, but Arco finds himself on a plane to OKC.

I put a link to a TSN blurb about Arco being sent down because it has this line:

In Edmonton’s last game, a 3-0 loss to Dallas on Wednesday, Arcobello was minus-1 and managed one shot in a season-low 11:50 of ice time.

In Edmonton’s last game Arco also put up a 66.7%CF and +33% RelCor and drove the bus when he was on the ice. It’s funny that two people can look at the same game and come away with 2 different opinions.

During these 7 games Arco gets a tougher role for 5 games and comes through nicely and then marks time as the 3C for two games, then gets sent down.

His results are very similar to the first 13 games, but with a much tougher zone start. Whatever caused Eakins to send down Arco, it wasn’t his possession game.

Arco comes back and gets put with Joenssu-Jones with a big OZS push and Arco drags them along for a big RelCor night.

The next game Eakins salts Perron in the mix and gives Arco the 2nd toughest OZS for the next two games.

I guess that’s the fate of the utility infielder.

From Dec 3 – Dec13 Eakins uses Arco as a 3C with ostensibly 3 scoring lines + Gordon’s line. Except for one game with Hall-Hemsky, Arco is getting the 2nd toughest OZS on the team.

The next two nights he gets put with Gazdic and other assorted Jones/Joensuu types, the bottom falls out and Arco is gone for the next 7 games.

He sustained a rib injury vs LAK and I think he was on the roster, but moved to IR on Dec 26 to make room for Horak and Marincin. I may be a little wrong here, feel free to correct me.

Despite moving around the line up a bit and getting saddled with Gazdic, Arco comes through these 11 games with number very similar to the other 2 sets.

If you remove the 2 Gazdic games, Arco’s numbers look like this:

Hmmmmmm. There seems to be a Gazdic effect……..

On Jan 3 Arco gets put with Gazdic and Joensuu and gets the 2nd toughest zones starts. Welcome back from injury Mark!

The results are predictable, as are the following two nights with Gazdic and Jones. Not good.

Its games like this where you really feel for the guy. Staring in your ozone all night with Jones and Gazdic against STL. That’s just not fair.

Eakins then pushes him back up the line up with Eberle and Yak for 4 games. They get a OZ push for 2 of the 4 games and put up reasonable possession numbers with one bad game in DAL on Jan 14.

For the last 3 games of the season he gets mixed around with Joensuu-Gazdic-Perron and Yak gets thrown in there on his last game.

It’s interesting to note that at this point in the season Eakins is burying two lines and giving a huge push to the other two.

On Jan 18 vs the Jets the ZS break down like this:

Perron subs in for Gazidc a bit while playing on Gagner’s line and end up with 28.6% OZS

I wonder if Eakins is going to go that way next year?

CHI and NYR tend to go hard on one line and spread the OZS among the other 3. I’m not sure going with 2 lines on either side of the ledger is smart. It might be, but that’s half your team climbing uphill. Not sure about that.

Arco’s worst results of the year.

Let’s break out the 5 games he played with Gazdic and look at the last 10 games again.

The Gazdic effect is pretty clear.

If we look at Arco’s 5v5 Gazdic WOWY for the year we find this: (via stats.hockeyanalysis.com)

Now that we’ve broken down specific games and seen Arco with all kinds of different players and situations, let’s take a more global look at Arco’s season using his WOWY’s.

WOWY’s are “With and Without You” looks at player’s CF% when playing with a player and then without that player.

It’s a great way to scratch the surface on the question “Does he make the other players around him better?”

Here are Arco’s net CF% effect on everyone he played more than 30min 5v5 with last year, sorted from most TOI together to least.

14/18 Oilers are have a better CF% when they play with Arco. As we saw in the game break downs, Arco’s role changed a ton so I don’t think we can say that player’s CF improved with Arco due to the players getting an easier role. It was Arco who moved roles and most of his team mates staying in their roles, so I think this is actually Arco making others better.

I don’t think we can confidently call Arco a 2C. He doesn’t have a track record of success at that position beyond what we saw last year. The long term 2C on the Oilers is Leon Draisaitl. The Oilers need a 2C for 2-3 years to compete competently until Draisaitl can hold his own in that spot. Can Arco fill in at 2C for a year or two? If we are going to trust the numbers from 41 games last year, I think the answer is yes.

To see how Arco did in a “top 6 role” I went through all the games and removed the ones where one of Hall, Eberle, Hemsky, Perron, and Yak (even though he had a bad year) wasn’t among his top 2 line mates for the game. If his line mates were Perron-Joensuu I still considered that a top 6 role due to Perron’s presence.

His averages in these 29 games are:

Those numbers are better than any other Oiler forward last year and we see that he’s not getting a huge OZS push that would inflate his CF%. Hall, RNH, Eberle, Gagner, and Perron didn’t spend a whole lot of time with the Jones and Jonesuus of the roster either, so I think this is a fair way to evaluate him.

NOTE: I know that using “average” corsi by adding the CF% and then dividing by games isn’t giving me the true number because of lack of TOI, but for the purposes of this overview the results are close enough to be discussed usefully.

Is Arco better than other options out there?

I think we can answer this by asking “Is there a C who played a top 9 role with 50%CF and RelCor of 6% or so?” As of the date of writing (July 12, 2014), then the answer is “not really” Andrei Loktionov is probably as close as there is still available. It may be a good “safety” option to add him to the roster to play the utility role along with Arco.

Derek Roy is an interesting option. He was a negative RelCor last year, but as we learned in this little exercise, who you play with is a major determining factor in your results.

Roy played mostly with Stewart and Morrow last year and they were huge drags on his corsi. He put up nice number with Taresenko, Sobatka and even Ott (*spits*)

I would have preferred Legwand for a year as he has a long history of being a good NHL 2C and think we would have all felt “safer” with him on the roster because injuries will come and without good C depth, they can be devastating.

I’m not sure what MacT is going to do, but I don’t think that running Arco at 2C needs to be causing all the weeping and gnashing of teeth that it elicits from Oiler fans.

We can be skeptical because the sample is small, but his results with top 6 players did not tail off during the year even though the points did.

I do think they need to add another C because after Lander there isn’t another player who can play C on the roster and that’s just not good depth in the NHL, but I’m not as leery about Arco at 2C as I was when I started this little project.

THE WHL AND THE OILERS (FREE AGENT EDITION)

THE LIFE AND TIMES OF GILLES MELOCHE