A year ago, I wrote about Stu MacGregor’s second rounds. The basic premise was this: it’s almost impossible to have a rational conversation about this era’s drafting for multiple reasons. It’s a game of serve and volley, and frankly no one wins. If I say “MacGregor’s 2008 draft had no second or third round” the ball comes back over the net “STILL no second-round picks who have played over 100 games in the NHL” and on it goes. If I argue “you have to wait five years” it comes back “Lander has had five years” and we ignore the unusual progression of his career and the Oilers part in it. If I argue that the Oilers patience in regard to Martin Marincin appears to be paying dividends, well, actually no one is countering that so perhaps we’re making progress.

I’m hopeful we can have a rational conversation about the Edmonton Oilers in the second round 2008-13. No grand statements on either side, no claims of victory, just an honest assessment of the way things are, the good and bad arrows, and a discussion in regard to useful players coming out of this area of the draft. 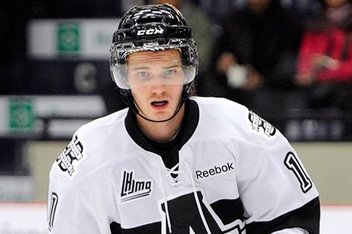 In order to do this, we absolutely have to agree on some things:

In order to ensure we all enter into this discussion without bias, and in order to make sure we don’t end up back in the tired old arguments about the difficulty of deciding between Taylor and Tyler for #1, or Jordan Eberle at #22, or Oscar Klefbom at #19, we’ll wall off the first round Poe-style and walk away with our own beliefs–secure in the knowledge that a several year discussion has left us no closer to agreement. So, let’s see if we can come to an agreement about selections 31-60.

I propose we adopt a line in the sand, we can call it the “Cullen line” after Scott Cullen of TSN. He estimated the success rate (100 NHL games or more) to be 28% back in 2009. Let’s adopt 30% as the “line” because it’s easier to remember, and let’s make “100” closer to two seasons and use 150 games. That way, for our purposes, even a player like Anton Lander (who is in the study) can’t be claimed as a victory by the pro side. Fair? I’d love your input here, because the idea is to be fair, not bend over backwards to be fair but “I’m tuning my ’53 flathead Ford engine and need top dead center” fair.

No player in the group of 7 has reached the level (now 150 games) we’ve established as the line in the sand. And 30% of seven players is two NHL players of 150 games or more from this group. A year ago, I looked at each player and gave them a grade based on arrows:

Two more players make their NHL debut, three players of the seven working toward what is now the 150 game goal. Remember, AVERAGE is two players, so all three would have to exceed 150 games to make this group above average. The good news is that some players have improved their arrows:

Several players took a step forward this season, and two men from the 2010 draft played well enough to earn their first NHL look. Let’s take these one at a time to close:

A year ago, this group had a total of 67 NHL games in the bank (Anton Lander) and no clear candidate to push through to the big leagues. This season? Lander has a one way deal, Marincin has a very good chance to make the roster, and Tyler Pitlick is also in the conversation. Musil completed a solid AHL debut season, Moroz is on the way.

I think we have to start a new segment in this year’s look, and ask some more questions. Martin Marincin looks like he may be a rate item—a player who fills a significant roster role who was taken outside the first round. Anecdotal information suggests to me that the percentage of players taken 31-60 who end up as top 4 defensemen or top 9 forwards (or starting goalies) is less than 15%. That means that in a three-year period of second rounds (90 picks), we can expect a baker’s dozen to fall in that range. Not many. If we use 15% (and that’s an arbitrary number, this isn’t proven, but I suspect it’s high if anything) as our line in the sand, Edmonton should expect 1 player from this group of 7 to develop. If Marincin develops into such a player and the other six do not, Edmonton will have produced an average number. Fair?

If you don’t like the 15% number we’ll do the math (but it has to be recent, it looks like NHL teams are getting better at second rounds, or maybe it’s just Chicago and Columbus), but Cullen’s work suggests finding a legit contributor is a fairly rare item. The 2009 draft’s second round (as an example) boasts Ryan O’Reilly and Tomas Tatar, plus some others like Jakob Silfverberg.

Either way, Marincin does seem to be trending in a good direction, a direction the other six players in the Oilers group haven’t implied or established.

At 10 this morning, TSN 1260, we hit the air with two hours of us! Sean Fleming will be on just after 10, he’s the head coach of Canada’s U17 soccer team, who represent the future! I’ll ask his opinion of this brilliant World Cup just over, and we’ll discuss the impressive success of his young squad and what it means for the future.

I’ll also have Alan Hull from Copper and Blue and Harrison Mooney from Puck Daddy on the show, plus a guest or two are hovering so we’ll see how things roll. @Lowetide_ or 10-1260 for comments and questions, thanks!

IS THERE ANYONE LEFT IN OKLAHOMA TERRITORY?

IN A LONELY PLACE

THE LIFE AND TIMES OF GILLES MELOCHE

65 Responses to "THE SECOND ROUND"