Tracking Mitchell Moroz and his junior progress has been just short of an obsession on this blog. I blame Scott Reynolds, who did all of the original work (here). However, it’s probably me. Moroz is a fascinating player because of his skill set. Big, fast, enforcer who can play the game and impact the offense as a complementary winger. Let’s begin by having another look at Reynolds draft +1 season to get an idea about Moroz at 18:

So at this point we’re looking at a ‘cup of coffee’ type player for NHL purposes, and a guy who might get a look as a curio. In this graph, all of the men went on to play 100 or more NHL games save Clouthier (who didn’t make the NHL) and Byers (who has played 14 NHL games in his career so far). As you can see, in his draft year plus one, Moroz fell a long way short of ‘in the window’ which would have started about .4 goals-per-game and .9 points-per-game.

In the season just completed, Moroz has moved ahead of Clouthier and is now looking up at players who have managed more than 100 NHL games. His goal-scoring totals move him into the conversation with these prospects (at least imo) for the first time since he was drafted. The NHL equivalency on Moroz’ goals scored a year ago would be 12 in 82 games. Not quite Ethan Moreau, but a sharp improvement on Steve MacIntyre.

Scott modified the numbers in the original graph to reflect scoring for leagues, I haven’t done that for any of the graphs that follow. This is a year ago, even-strength scoring. Moroz is just shy of mid-pack, and I think this represents the group better (Gillies takes off for the coast, but too early and that skews the information. I doubt Gillies is superior to more than three of these kids at the most).

This puts Moroz into a different view compared to the rest of the group. Now, he played on a very good team, but some of these characters also had some legit help. I’m still of a mind to exclude Gillies from the group, but even with that it’s interesting to see Moroz and Matthias this close at evens in their draft +2 seasons. They are NOT similar players, but at least last season Matthias played with a group of forwards one would associate with bottom 6F’s.

At this point, I’m prepared to suggest the comp that best fits in style is Blake Comeau. Now, I don’t think Moroz is a guy who’ll score 24 goals in an NHL season, but Comeau is a similar offensive player (especially at evens) and we should assume he represents the outer marker for Mitchell Moroz. All the young man has to do is develop at the AHL level and show coach Nelson (and then Eakins) he can take and make a pass, that the play will not die on his stick. NHL coaches have shown a long and consistent devotion to players of this type IF they don’t cost them defensively and can complement offensive players. 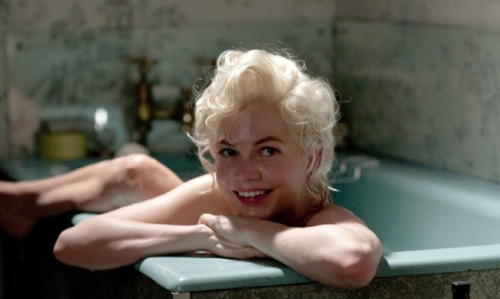 Another big day on the Lowdown with big talent on the line. Jonathan Willis will join me at 10:05 and I’ll ask him why he hates Justin Schultz!!!?!?! Not really, but we’ll discuss that and more re: the Oilers. After that, we’ll be joined by Joe Strauss of the St. Louis Dispatch and we’ll talk Rams, Bradford and that sharp new Blues uniform. At 11, Rob Pepper from Pepper and Dylon (Virgin 104.9) will talk about NFL Fantasy Drafts and why the Buffalo Bills are like a drug you wish you’d never met. I have a couple of irons in the fire for 11:25, we’ll see how she rolls, but there will be plenty of hockey talk I assure you.

10-1260 text, @Lowetide_ and your comments are appreciated and welcome. See you on the radio!!!

I FOUND THAT ESSENCE RARE

46 Responses to "THE MOROZ PROJECT"