Fifty-three assists in one season is a lot. NHL wingers don’t reach that total a lot—Hall was No. 1 among all wingers last season (and No. 8 overall). Even better, Hall at even strength delivered 42 assists—second in the NHL to Joe Thornton. His 62 EV points ranked him fourth in the league in total points, and his 20 EV goals had him tied for No. 25 overall in 2013-14.

At this point in his career Taylor Hall is miles better than his team. He posted 80 points on a team that scored 199 goals—the heart of the order is Hall and his line, plus Perron. In  a recent interview with Jim Matheson, the talented young winger talked about the season ahead:

This dovetails nicely with something Tyler Dellow wrote on his blog before it went dark (actually, it went white):

The Tyson Barrie contract exposes the Justin Schultz deal. By my count, the Oilers overpaid by about $1.5 million on their contract, and that’s insane. The one thing no one has absolutely confirmed to me is that Justin Schultz as an RFA is identical to Barrie. DOES the fact that Schultz was signed originally as a UFA unhook the Oilers from the pay grade of a drafted player who went the more traditional route? I don’t have that answer, but can say if in fact the Oilers paid this much more than market we should be genuinely afraid of the Schultz long term deal. $5.5 million a year? $6 million? Whatever scale Edmonton’s on, it’s off the grid.

The good thing (in my mind) about the deal? It’s one year. Justin Schultz may not be able to play defense capably, and a five-year deal with a one dimensional albatross is exactly a must to avoid. Again, it rings true: Oilers management’s take on this player is wildly out of sync with the evidence, and this season—in a year when chaos should occur less often—perhaps the faults of this player will be more pronounced. Or he turns a corner. The evidence so far isn’t there.

The Young Stars tournament in Penticton is just around the corner, I’ll have reports from BC during the Lowdown as the event rolls along. Last year, Kevin McCartney did an outstanding job for the Nations Network (example: here) and I wanted to post a couple of his comments as a reminder of just how much can change in one year.

If you’re looking for a reminder of events last summer at the Young Stars, that McCartney link is a must click. Hopefully we’ll be discussing the rookie roster later today. 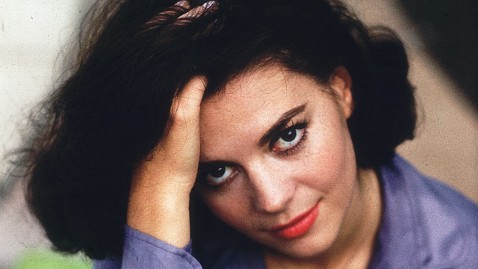 Friday!!! We hit the air at 10 this morning, TSN 1260. Steve Lansky from Big Mouth Sports kicks things off, and then we roll into Tour of Alberta talk and Jeff Hauser caps off the hour with an NFL weekend preview. In hour two, Alan Hull will be by to talk about the Justin Schultz contract and the show will end on a high note when Paul Almeida comes on to disagree with everything I say! We’ll also preview Saturday Sports Extra for tomorrow, Paul is back after a summer in Europe with the idle rich.

NEVER SAID I LOVED YOU

IN THE DAYS AFTER THE RAPTURE

REUNITED (AND IT FEELS SO GOOD)

65 Responses to "FIFTY-THIRD AND THIRD"