THE AUTUMN LEAVES (DRIFT BY MY WINDOW)

My brother and I would get up early in the morning—long before light—and turn on the big outside light. This was 17 miles from Maidstone, and in fall and winter the quiet and the chill would combine to make things a little eerie. We had a saw horse as a goal and then two buckets in front to represent the goalie, with only a few spots where the puck could go (it’s amazing how expert you can get finding those little areas when the bucket never moves). Saturday’s were the best, because school and church weren’t a factor so we could play forever (or it seemed). We had chores (goats, coal and shoveling snow, plus homework) but that little part of Saskatchewan where my brother and I played hockey with the big outside light on is as clear in my memory as any from my childhood. It still irks me that he got to be Bobby Orr—the older brother is a frustration only younger brothers can understand—so I’d have to pretend to be Dave Keon or Jean Ratelle or (gack) Yvan Cournoyer. I have so many memories (have you ever seen a pair of eyes reflecting back at you from the bluff just down the way? I hated coyotes—don’t now, did then) of that time, and even though the internet makes everything immediate I wish you could know (just one time) the thrill of getting the first Hockey News with stats from the early regular season. Man. It was a thrill. 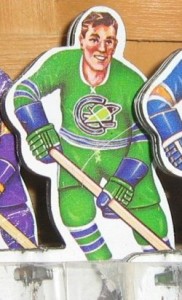 In preseason the Oiles power play looked much the same as a year ago. Last season Edmonton finished with 46 PP goals (league average: 48) but with the talent available one imagines Craig Ramsay can squeeze a half dozen or so from the group—and that could be a couple of wins right there. Figure out a way to stop bleeding shorthanded goals and get the power-play goals against down and that’s three or four wins. If the Oilers can score 50 power-play goals and give up 44, reduced the shorthanded goals against from 13 to 6, that’s a net positive of 17 goals. It all adds up! The Oilers led the league in one goals-for category (4×4 goals) but were miles from good at 5×5, so there’s plenty of work to do everywhere. At evens, it comes down to the possession game, more shots, more controlled sorties, and on it goes. The clay is available in abundance, and new eyes and ideas are coming to this group. It’s a big damn deal. 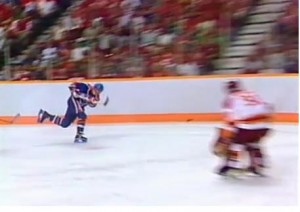 Wayne Gretzky says he was sold, not traded in this article out last night. We know, Wayne. We always did. John Short told me the entire story ages ago and there was probably a point that the damage caused could have been undone and the deal reversed. However, by the time Slats said “say the word and this ends” there was too much water under the bridge. People are like that, you know. Piss on them enough and they go away. Credit 99 for being so positive about Edmonton and his Oilers all down the line, not sure I could have refrained from lashing out, especially at such a young age. He’s a truly fine man.

Ryan Nugent-Hopkins is poised for a big season. Dubbed a power-play witch early on by Tyler Dellow, RNH was healthy and splendid throughout TC and led the team in scoring during preseason. I’ve been watching and reading a lot of predictions that suggest Edmonton will run in place of improve slightly this season, part of it possibly due to Nuge’s season a year ago. If Dallas Eakins doesn’t run him out there 28:12 (Oct 7) the young man shouldn’t wear down over the long year.

The season is just around the corner. Hockey tonight, Oilers tomorrow. Music! 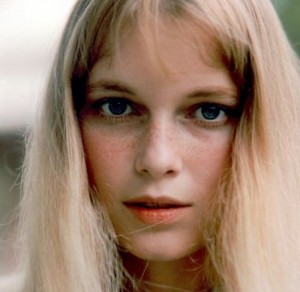 At 10 this morning, Lowdown hits TSN 1260. Guests include Jonathan Wills (10:05) who will give his take on the Oilers 2014-15 and we’ll chat about the importance of a quick start to the year. At 10:25 Sean Bissell, Campus Director at Donnan Hockey School joins me for Ask the Coach. Travis Yost from TSN will be by around 11 to discuss the Senators and all of the NHL in terms of possible surprises, and then Noah Love from the National Post previews the Toronto Maple Leafs for the coming season.

MCLELLAN TALKS NUGE: I BELIEVE IN HIM 100 PERCENT

172 Responses to "THE AUTUMN LEAVES (DRIFT BY MY WINDOW)"