ARE YOU SURE YOU WANT TO DO THAT?

The city of Edmonton waits with anticipation today, as Craig MacTavish steps in front of the bright lights to discuss the latest disaster and defend his team. The gathered media will have groomed their questions and frankly the theatrics could be breathtaking.

Can confirm no coaching change in Edmonton coming.

I expect Craig MacTavish will say the following today:

After that, the questions will flood in and that’s where the magic may or may not happen. The Edmonton chapter of the media are going to ask tough questions—they have a lot of material—and MacTavish will be under the hot lights and under enormous pressure. I expect MacT will handle things well enough, although the comments over summer (Justin Schultz, Norris candidate) may come up. I expect Craig MacTavish will be supportive of his group, acknowledge he and others must be better, and tell us he’s getting back to work so has to leave now.

There may be some very good stuff that comes out from this media conference, reputations get made in moments like this—good and bad. In real terms, it’s more about show business and soundbites than substance—the Oilers are highly unlikely to announce a transaction or firing today. That’s not really the feature item today. The BIG deal? What happens after that, the trade, the games, the games to the deadline. Not firing Dallas Eakins tomorrow doesn’t mean success, only survival. 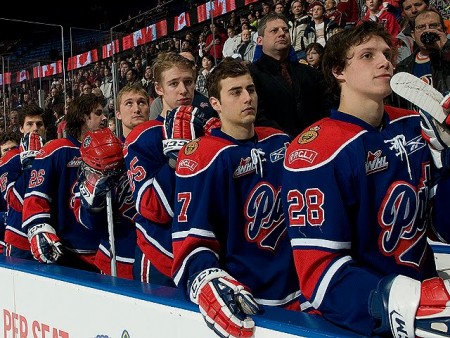 Joe Haggerty posted an article last night that named names in regard to Jordan Eberle to Boston rumors. A quick rundown of a possible deal for Eberle:

Here’s a brief profile on each player Haggerty mentioned in the piece.

He also mentioned Milan Lucic, but that’s not likely to happen. If the Oilers trade Eberle for Lucic, it’ll be a much bigger deal and the risks will be beyond alarming. One player not listed is Alex Khokhlachev, who might be a very nice fit with these young Oilers. Is there a group of players (say, Smith, Khokhlachev and a pick) that equal Eberle?

I don’t think so. There’s no perfect fit between the two teams. I imagine one of Eriksson or Kelly would have to be included in the trade to make the money work. I also wouldn’t be shocked to see Jeff Petry or Martin Marincin included in a bigger deal. 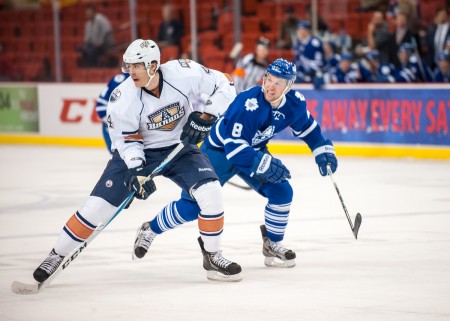 ONE FINAL ATTEMPT TO CONVINCE YOU

I’ve had this conversation many, many times over the years but have kind of given up because the train has left the station. I’ve said for a long time now that five years is the ‘line in the sand’ for a draft year and for the most part folks agree. However, the Oilers latest losing streak has found the amateur scouting department and is hammering away non-stop these days. Tobias Rieder, drafted by the current group, is being used against the current group as proof of poor performance as all draft years get thrown together in an effort to frame the issue. I would argue that the biggest crime in Oilers drafting this century was the 2007 draft, a selection that contributed heavily to the removal of Kevin Prendergast from the top job.

That single idea is being swept away today, as people bring up names like Boone Jenner and Tobias Rieder as hammers. Let me ask you this: Shouldn’t the Oilers’ 2003-2009 second round be delivering more players than Jeff Petry? And wouldn’t those players be more impactful today (if they’d worked out) than Anton Lander, Martin Marincin or Tyler Pitlick, who are still working toward the NHL?

I think the scouting staff can be reasonably criticized but we’re focusing on the wrong years.

The critics point to Boone Jenner in 2011 as a draft miss and that’s certainly fair, but remember the Oilers were ‘drafting for need’ and had to stock the defensive shelves at that time. Was that a scouting bias or a management need? I don’t hold out much hope for the current scouting department, this forensic audit sounds to me like a witch hunt created solely for the purpose of finding another scapegoat. The biggest problem for the Edmonton Oilers this morning? They can’t fire Steve Tambellini again, so it looks to me as though they’ll fire the people who were around at the time and call it close enough for jazz.

One question: In the midst of all this great work, may I ask for some evidence that Bob Nicholson is the man who should be doing this? May I ask for his NHL experience and credentials? If we’re going to flush this group, can we PLEASE have an organized interview process and hire the best people available? If Mr. Katz fires the current group and then hires a bunch of Nicholson cronies, where are we really? I’m asking.

Lowdown hits live from Camrose at 10 this morning, TSN 1260. Scheduled to appear:

10-1260 text, @Lowetide_ on twitter. I know many will want to ask Pronman questions, because I’m live on location please leave questions below in comments section or DM me on twitter if we follow each other.

OILERS TO DO THE RIGHT THING FOR DRAISAITL, OILERS