KLEFBOM IS THE BOMB

Size, speed and calm feet. Oscar Klefbom played 24 minutes (again) last night and in 35 shifts turned away dozens of sorties with aplomb. On an Edmonton Oilers team where chaos rules from the blue line in, square-jawed Oscar sliced through the enemy advance like a seasoned warrior. And the crowd was well pleased and knew what they were seeing: 24 minutes a night when their sphincters would not be in a fright. Thanks Stu MacGregor, probably a good idea to put Oscar on your resume. 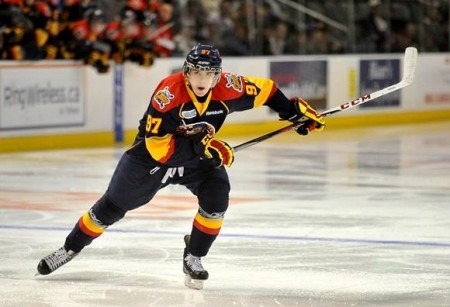 The hype surrounding McDavid, Eichel and Hanifan obscures a strong ‘group of five’ emerging in the race for spots in the 2015 Top 10 overall. It’s a strong year for the OHL, NCAA and the WHL at the top of this year’s draft.

Kylington has been named to Sweden’s WJ roster, as has William Lagesson. Strome’s draft number may be impacted by the large point total amassed with Hockey Jesus 2.0. Corey Pronman had the story via twitter last night: 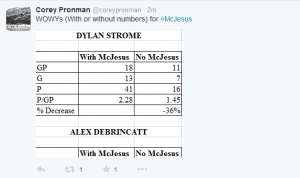 Matt Henderson is a frequent guest of the Lowdown and has an interesting article up at ON this morning. It is here. In the article, Matt quotes MacT on the scouting since he took over:

Here’s the thing (and please read Matt’s article because it is very insightful): There ARE picks in 2013 and 2014 that suggest a change in the weather since MacTavish took over. However, it is wildly inconsistent and the draft team is still prone to walkabout. Back in 2013, leading up to the draft, Stu MacGregor had this to say about that change in philosophy:

If you look at the Oilers drafting since 2013, size, skill and ‘up the middle’ selections have been front and center. Here are a few items of interest:

The 2013 draft looked strong the day it happened and has trended well. This past draft looks like mush to me, did on draft day. Leon was a terrific pick, Lagesson and Nagelvoort are interesting but I’d suggest there were better players on the board, and there were ABSOLUTELY better players on the board when Coughlin, Vesel and Bouchard were selected. If Craig MacTavish wants to get better at the draft table, he should do these things:

Boyd Gordon missed the end of last night’s game and that brings up the Kyle Chipchura issue from the weekend. I’m thrilled with last night’s victory but am very disappointed this organization is shutting things down in the procurement department. MacT, give your man a chance!

Early days, but three games into his audition this season I like his game. Offense is going to be the issue—he’s going to have to score Ryan Smyth goals or he won’t score much at all—but this player looks like he can play at speed and do some good things. It’s nice to see, if he graduates as a prospect Pitlick would be the third player from what has become a star-crossed 2010 edition. 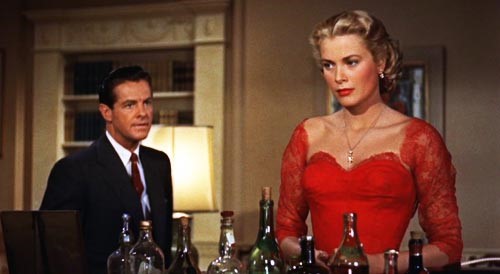 Lots of open line time planned, when the Oilers win it usually becomes less driven. So this is your chance! 11:25-ish. I’ll also be filling in for Dave Jamieson noon to 2pm this week, guests today include Aaron Ward and Pierre Lebrun. 10-1260 text and @Lowetide_ on twitter. Talk soon!

147 Responses to "KLEFBOM IS THE BOMB"