It’s easy to create parallels between Steve Tambellini’s disastrous 2011 summer and MacT’s 2014 edition. Cam Barker was a bad signing but Niki Nikitin might be worse and that’s a fact. Niki Khabibulin might have been injured a lot but he could goaler. If we’re honest about this, Craig MacTavish may not be in any way superior to Tambellini or post 2006 Kevin Lowe. That’s a surprise to me, I thought he would be better.

Has MacT done some good work? Yes. I think the additions of Boyd Gordon, Andrew Ference, David Perron, Benoit Pouliot, Mark Fayne, Matt Hendricks, Teddy Purcell have given the team several “actual NHL players” to go with the gifted kids. I think the drafting of Darnell Nurse, Leon Draisaitl and Bogdan Yakimov and the acquisition of Laurent Brossoit have addressed ‘up the middle’ concerns in short order.

I think he chose the right coach (seriously, I think Eakins is going to be an excellent coach) and this Nelson fellow may also be a good NHL coach.

Where did MacT go wrong? Here’s what I think I think:

Will he get another chance this summer? Yes. It’s Edmonton after all and nothing about this year suggests Daryl Katz has plans to make enormous changes. I think Stu MacGregor and Morey Gare might be in peril but very much doubt it goes deeper. Is it wise to give MacT another year? I’m not sure either way. I do think we’ll get our answer in the new year, with decisions on Jeff Petry, Nail Yakupov and others on the way.

I don’t have much to say about last night’s game. Of course good teams don’t give up three goal leads but this isn’t a good team. Todd Nelson didn’t change goaltenders but other than that I can’t really say much about his handling of the team. Sure you can point to Andrew Ference in OT but an NHL coach will go with a veteran blue most of the time and I understand the sentiment. The porous defense on both sides (goalie included) made for an exciting game and it was nice to see the Oilers fill the other net a little.

What else is there to say? Oilers regular season games are the least important in the league. Have been for years. If you really want to find something important to watch, you might try to identify the players on Rexall ice last night playing their final NHL games. NO team in the league has been as effective in ending careers as this one, from Robert Nilsson to Eric Belanger to Jesse Joensuu. 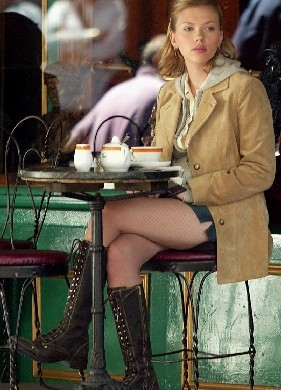 It’s beginning to look a lot like Christmas! We’ll have some cheer at 10 this morning, TSN 1260. Scheduled to appear:

10-1260 text @Lowetide_ on twitter. Feel free to post questions for Pronman or any of my other guests. See you on the radio!

I’LL SEE YOU ON THE DARK SIDE OF THE MOON

169 Responses to "MAN IN THE CORNER SHOP"