Nail Yakupov is one of the major stories we’ll be watching in 2015, along with Jeff Petry, Justin Schultz, the goalies and damn near every other player on the roster. We can expect major change but the value on these players—ground into a fine white powder with all the losing—means Craig MacTavish will have a difficult time getting value.

It’s exhausting just thinking about the change. I’ll guess we see more than five new faces and fewer than 12. Gone? Petry, Yakupov, Nikitin, Fasth, Perron. After that, we’ll see. A lot of changes now may not happen if Todd Nelson can work some magic in the chem lab. The new coach could do Edmonton an enormous favor by getting some of these kids better boxcars. The possession numbers are up (mostly) but the gap numbers are down and there are many Oilers who are off last year’s numbers. Nelson’s early returns on the offense have been good.

This is early days and nothing can be concluded but the team has been scoring reasonably well under Todd Nelson. However, a strong closing 47 games should give the Oilers better asset quality to go to market with this summer. The gap between this and last year (in terms of boxcars is incredible):

Down, down, down. Lordy. The Nuge is on par with a year ago, Teddy Purcell and Boyd Gordon are close enough for jazz and Jeff Petry is up slightly. After that it’s pretty much everyone in the red year over year. Man it’s been a tough season for this crew, I don’t think any of the fellows we’re talking about MacT trading (Perron, Schultz, Yakupov) have close to the same value as in summer.

I hope for Nail as I do for all these kids, from Chris Hajt to Poo to Theo Peckham. I do think it might be best to get him out to Montreal so he can get on with his life, though. The Oilers have one scoring line (the Hall line) and are trying to gather a second one. Yak? He’s on the third line and that’s no place for him to succeed. Get him to Montreal and Galchenyuk and he should be able to recover and flourish. All I ask is a better return than Greg Joly for Bryan Watson.

GAME IN A BOX VIA NHL.COM

It’s fairly even on paper and with the Coyotes playing last night Edmonton should have the advantage. However, this season is a wonderful lesson in ‘we hoped for the best’ so expecting an OT loss is probably the sane way.

If the season ended today, Edmonton would pick:

Edmonton doesn’t have their third round pick, lost in the Viktor Fasth trade. 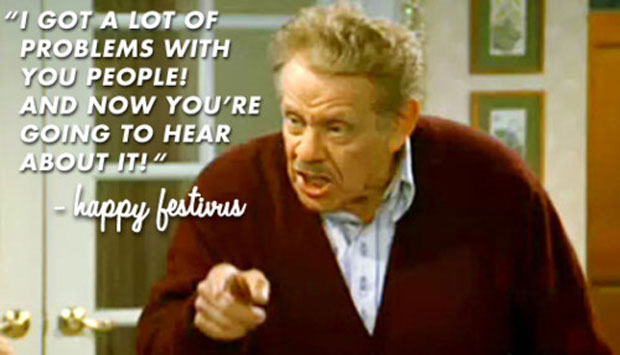 Happy Festivus! 10 this morning on the Lowdown (TSN 1260), we’re scheduled to welcome:

PLAYER OF THE YEAR

THE OILERS AND THE REPUBLIC OF FINLAND (2015 DRAFT)

KLEFBOM IS THE BOMB