The Oilers may welcome (or welcome back) several players tonight, including Niki Nikitin, Matt Fraser and Derek Roy. These are interesting moves but it’s important to remember that major transactions await us and will have far greater impact on this organization.

The Oilers have Mark Fayne and (probably Justin Schultz) RH side for next season and it looks like Jeff Petry isn’t in the plans. Just so we’re clear, the trade deadline is March 2, 2015. That’s 63 days away, with Petry unaware of talks. If you’re going to get upset about anything Oilers, this is a very nice place to start. And may I just say that it’s bloody incredible he’s still open to talking contract? The problem is you develop a past, and Craig MacTavish is quickly developing a past that is riddled with decisions that are poor on the face of it. This isn’t Scrivens—Fasth, this is more Niki Nikitin or going with Nuge—Leon—Arco—Gordon at center. Dear Edmonton Oilers: Do you want to send a message to the fanbase, telling them you know what you’re doing? Sign Jeff Petry.

Darnell Nurse has been absolutely stellar defensively so far at these WJC’s. His play internationally for Canada has been consistently great — OHL Prospects Blog (@BrockOtten) December 30, 2014

It’s true. Nurse reminds me (in style) of a young Larry Robinson—he’s absolutely perfect for the defensive position. Massive wingspan, can close a gap in a heartbeat, physically he’s outstanding and he’ll learn the position. Nurse will not be an effective NHL defenseman for a few years because of age and experience but there’s a terrific amount of potential. His decision making is going to need work and someone needs to tell him less is more, but these are maturity issues appropriate to his age and not a lack of aptitude—the young man can process.

I like this trade from a couple points of view. The idea of having a veteran C who can play with two quality wingers and get those soft minutes and a zone-start push is appealing. Mark Arcobello and Leon Draisaitl haven’t been doing enough with them this season, why not upgrade at one or both positions? If it fails, I think we knew Arco was going to be a utility forward at the top end (and they can always bring him back). The other side of it: Maybe maybe maybe he spends some time with Yak or Leon and mentors them a little along the way. Marty Reasoner, Fernando Pisani and Rem Murray did that for Edmonton a decade ago, why can’t Roy? It’s kind of a big deal.

“I want to be a guy that, every time I step on the ice, I’m an impact player.” – Matt Fraser on joining the #Oilers pic.twitter.com/2P2ERJrBwN — Edmonton Oilers (@EdmontonOilers) December 29, 2014

As a Bruins fan, I can say that Matt Fraser will absolutely be a favorite with Oilers fans. I’ll be talking to Kirk Luedeke today about Fraser and his time in Texas, Providence and Boston. The Bruins have dozens of wingers who play an aggressive, physical style and Fraser certainly does that—and he features a pretty impressive shot that produces goals and rebounds. The main issue is the skating, maybe Steve Serdachny can get him some jet boots (you never know).

Heatley, Paajarvi and Hackett all on waivers as well as Pinizzotto.

Although Edmonton just used waivers for Fraser there are two interesting players on the list today. Matt Hackett’s numbers are all over the place but he’s worth a look I’d say (his Dad had a meandering career but played in the NHL for a long time). Paajarvi’s the feature piece. Let’s be clear: I would be shocked if Edmonton took him. Why? Because Craig MacTavish’s wingers (when the team was going) always had more of an edge than MPS brings. Now, don’t get me wrong I’d love to have Magnus on the team and absolutely see him as one of the eight best wingers on the club (if they grab him). However, the difference between Magnus Paajarvi and Matt Fraser is about grit and scoring ability over speed and checking ability. IF MacT is looking for a modern, lesser Radek Dvorak (Dvorak once scored over 30 goals remember) then Paajarvi is your man. I think they should absolutely take him but don’t think MacT pulls the trigger.

Makes sense, long overdue. I don’t think it happens right away (Leon being sent back) but this does offer Anton Lander some hope of getting a 30-game stretch at center in 2015. As for Leon, hell man any fool can see he’s a wonderful young player but let him get back to junior, dominate and we’ll see you in the fall. 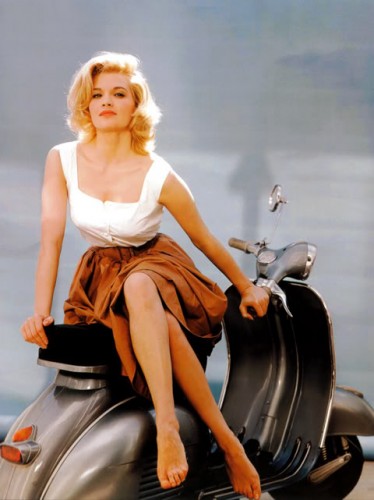