So I’m sitting 12 rows up and straight behind the Chicago net and two Oilers forwards find the puck and miles of open ice around Edmonton’s blue. I recognize both from their skating strides (it’s funny how distinctive that is for a player, like a batter’s swing in baseball) and I’m yelling ‘SHOOT’ to Nail before he hits the outskirts of Chicago. That damned kid drove to the net like a bat of hell and put it all to rest. The crowd went wild. 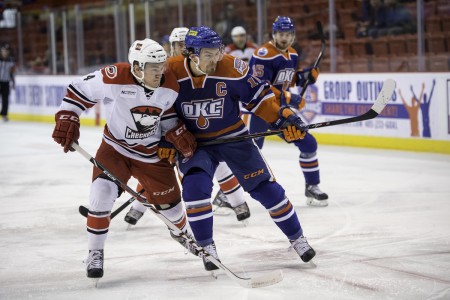 The forward hit the blue line in full stride and wired a perfect pass (music!) to Teddy Purcell who matched it at least with a gorgeous seeing-eye rocket to Derek Roy who just happened to be visiting the slot at the perfect moment. Bang! Oilers score. My mind centers on the forward who passed the puck. From my view, I thought…but it couldn’t be! Too good for school, too skilled for Lander, must have been another. And damned if the passer doesn’t joint the celebration and it is indeed Area 51. 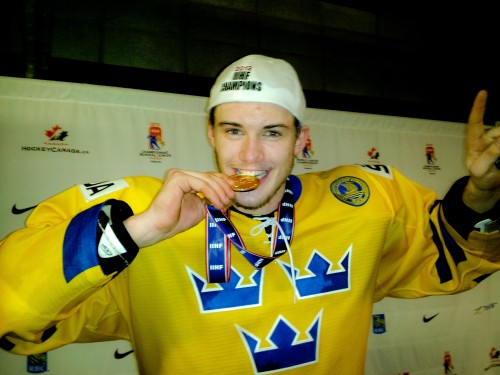 I’m at the game with my Daughter, and have been fretting over Oscar Klefbom’s work load (to my eye, at the game, he was getting a lot of heavy work) and one sortie featured the young Swede getting hammered by the big ‘Hawks forwards. My Daughter says “they’re beating up on Oscar” and I smile, both because she’s engaged in the game and because I’ve clearly said Oscar enough for her to know who he is.

In the ensuing sortie, it’s a tire fire around Edmonton’s net and a puck beats Scrivens and it’s all over. Except. Except Oscar is in the one spot on the ice where he could do something about the goal to come, and the kid saved the day brilliantly. 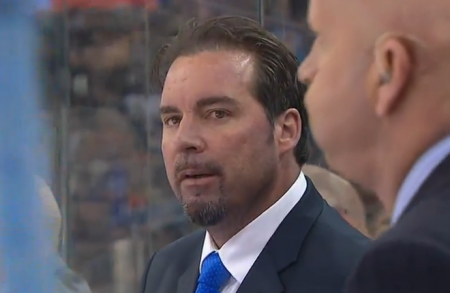 Looking at this and factoring in the actual rosters, I suspect both Carolina and Edmonton surge (surge?) past Buffalo and we may see one other team (Arizona, New Jersey, Philadelphia) dive. If the Nelson spike continues through end January, I don’t see this team picking No. 1 or No. 2 unless they win the lottery. Wouldn’t that be a hoot? Oilers finish 27th and win the lottery? Old man Snider would come out of his shoes on the follow through to Bettman!

One of the things this blog tries not to do is filter back to previous items in an ‘I told you so’ manner. Oilers fans are familiar with the problems of the team and frankly I’ll credit the bunch of us who visit this site daily for being ahead of the curve on many of the problems this team faces today. I wrote at length this summer about center and balance and Derek Roy’s performance (I believe) reflects the importance of the decision.

My question today, the one I’ve been mulling, is ‘how much credit/blame to we give to Craig MacTavish’ for being so very late to recognize this? It’s hyperbole to state Dallas Eakins lost his job because of the shortsighted actions of the GM, right? Or is it? 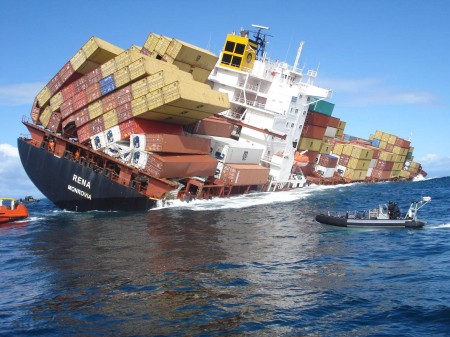 Note: Saturday Sports Extra hits the air at noon today, with co-host Bruce McCurdy! Bruce and I will talk about the Oilers, Oil Kings, MLB, we’ll tee up the WHL trade deadline with Cody Nickolet and talk soccer with Armen Bedakian. Stay tuned for Bruce! TSN 1260 at noon.