How much value would you put on a coach who finds a way to unlock the considerable gifts Nail Yakupov’s natural talents imply? Is that worth $10 million over the next decade? I don’t know the number but it must be enormous. Todd Nelson seems to be helping the young Russian along, Nail looks to be more involved. We saw Brian Campbell with Aaron Ekblad last night and it’s clear as day that the vet is helping the youngster. Roy’s role with Yakupov could be identical. These last games of the 2014-15 season could be massive for Edmonton in this one area.

That’s what my eyes tell me, that Derek Roy is a significant upgrade from Mark Arcobello as a Yak City center and that we’re starting to get somewhere. Is that true? Using Hockey Analysis and their WOWY page, we get an early comparable for Nail with different centers this season.

Early days and I’m not sure we’re going to get the same Corsi numbers from Nelson—he appears to be more ‘feel’ and less ‘math’—but the math suggests Arcobello was a better fit. Thoughts? Aside from it’s too early? 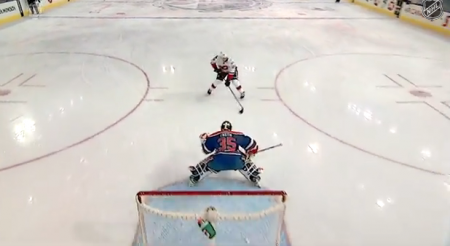 That’s fine by me, I wish the club would sign Jeff Petry and roll down the highway pretty much as-is. Viktor Fasth has value for sure and maybe a team finds Teddy Purcell interesting (he’s playing well and in multiple roles) but I don’t think this is the time of year to blow anything up. Keep your powder dry, wait until summer and certainly wait to see where that first-round draft pick lands. 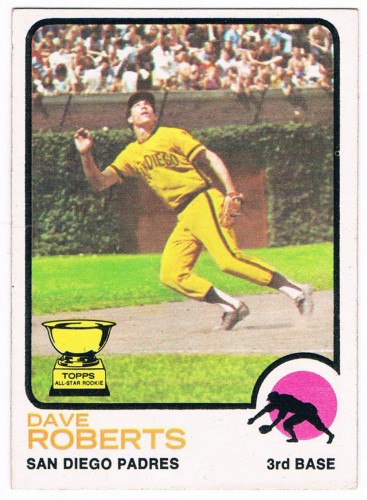 I’ve been racking my brain trying to describe the Edmonton Oilers and their difficult draft-to-development problems and have settled on the expansion San Diego Padres. The early years of the team were terrible and the draft work didn’t help at all. When that happens you can question the kids but it’s probably more the organization. Seriously. They don’t know how to develop so the kid is left to his own resources and usually fails in doing so. The interesting thing about the Padres? Their picks did have early success before fading. In 1972, the Padres picked No. 1 overall and used the selection on Dave Roberts of San Diego State University. They signed him, put him right into the big leagues and he flourished for the first year and a half. In 1974 his bat left him and he never did recover, playing a total of 10 seasons mostly as a journeyman.

Edmonton is doing the same things these days and it’s something losing teams do often. Martin Marincin looked like a capable young NHL defenseman just one year ago but a year later finds himself in the minors and there’s no certainty he’ll be recalled to the Oilers when Jeff Petry is dealt. We have a tendency to blame the prospects for these things but like the San Diego Padres of 1972 a lot of this (imo) has to do with the organization.

It dovetails into our Nail Yakupov conversation and we could include Anton Lander and any number of Barons in this conversation. Along with winning some hockey games, Todd Nelson could be a significant factor in getting some of these minor leaguers through the tough times and perhaps the Oilers will stop going all ‘Dave Roberts’ on their most precious draft selections.

The Darnell Nurse template is the one to follow. Craig MacTavish adhered to it in year one and did not (to his and Dallas Eakins’ peril) in year two. The smart man doesn’t get bitten by the same dog twice.

Todd Nelson is 4-4-2 after 10 games and there are 36 games left in the season. If Nelson can run 4-4-2 over and over until the season ends he would end up at 14-14-8 (or thereabouts) and total 18-18-10 for his 46 games as coach (the club was 7-22-7 when MacT headed back upstairs). Is that enough to get him hired? If Nelson can find a way to turn Nail and Anton (and maybe even Martin) north while doing so, I don’t think the Oilers have a choice. They are still a bad team and their possession numbers don’t appear to be heading in a better direction (46.6% Corsi last 10, we’ll wait 20 Nelson games and then have a good, long look) but the Oilers have 10 points in their last 10 games and that my friends is where the rubber hits the road.

I received a complaint from a reader overnight and wanted to pass along a few points in regard to the google ads that run on this blog. Google provides me with ‘filters’ that allow me to exclude what I consider to be content that doesn’t fit and that is something I take seriously. The complaint was vague but it does appear that females are appearing on the blog in an inappropriate manner for some. I would encourage you to email me at jbabcook@shaw.ca with the specific name of the company and what they are promoting and I’ll change the ads that appear in this way.

One thing that I’ve learned about google is we’re all seeing different ads. If you’re a financial type you may see bank or investment ads based on your cookies; if you’re a handyman I bet hammers show up. So, and I want to be sensitive here because this is a male dominated site and I’ve no doubt you’re going to see females in the ads, if you frequent sites that are male oriented on the internet (and not even blue sites, I’m talking normal business here) chances are you’ll see the same ads at other hockey sites/google ads sites. I don’t pick the ads but will try to filter to your tastes. Thanks for your attention to this matter, and sincere apologies to anyone who has been offended by ads seen here.

THE KINGDOM, THE POWER AND THE GLORY