LESSONS LEARNED FROM THE DEPTHS OF THE SECOND DIVISION

The real culprit in the 2014-15 Oilers season is the 2007 draft. Bob Nicholson going on Toronto radio and throwing the current staff under the bus ignores what happened before Stu MacGregor became scouting director. Kevin Prendergast presided over the draft 2001-07 for Edmonton and there were many problems in that era—including several years when the team didn’t have an AHL club.

The 2007 draft came at a time when Edmonton badly needed to replenish the system. The Oilers were only one year removed from the SCF but the NHL roster was wobbly in many places and Ryan Smyth had left town. The Oilers entered the draft with:

A tremendous need for help everywhere meant the scouting department had all kinds of options available. Let’s review what they did at each point in the draft and how it has impacted the team since that weekend.

Before the draft, we discussed (on this blog) Edmonton getting one of Sam Gagner or Jakub Voracek at No. 6 overall. As it turned out, the LA Kings (who have never made a mistake, then or since) chose Thomas Hickey and the Oilers were left with their choice of the two players they coveted (well, Prendergast kept saying things about Karl Alzner but I digress). Edmonton chose wrong (Voracek>Gagner) but it’s ridiculous to be critical in hindsight and 89 looked damn good at the time. Looking back, it is true he was small and unfast which is a deadly combination. The lesson here: big and slower, or small and fast, but not small and slower. Fair? 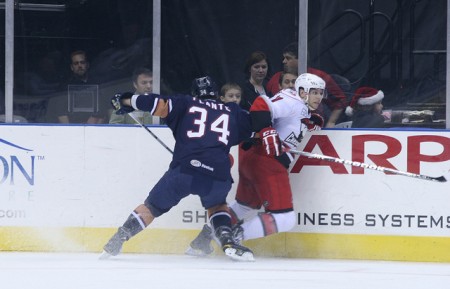 Alex Plante didn’t work out—there were injury issues from the beginning, at the first rookie camp before main camp—but the idea of a big, strong defender with some offense was certainly defensible. The error with this selection: BPA. The club should have taken Cherepanov, and the fact the young man died tragically doesn’t change the point of BPA. Plante was not the best defenseman still on the board (Subban), we know that today. What we knew draft day is that Plante wasn’t the best value at No. 15 and they should have either traded down or taken a more highly rated player. Call it the Niinimaki triangle. My other issue with this pick: Mobility. Plante’s problem, beyond the concussions, was his ability to change direction. It was like watching a big rig turn around in a phone booth: awkward, slow and exasperating.

Two picks in: Two players with skating issues, one of whom was a reach. 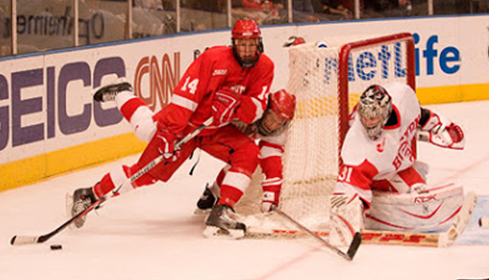 The most ridiculous moment of all came when the team cashed picks No. 30 and No. 36 for No. 21 overall. That’s a massive overpayment but might have been justified had they chosen Max Pacioretty or David Perron. Instead, the Oilers chose BCJHL center Riley Nash, who was bound for Cornell and would not be available to the Oilers for the rest of the decade. Remember, he was NOT the highest-ranked player on the list at the time they gave up the picks. It was a terrible move and they never did get Nash anyway. Meanwhile, the NHL team spent years shorthanded at center when they could really have used a young center taken from 2007 to help the other kids.

The Oilers have three high picks this coming draft, they currently hold No. 2, No. 23 and No. 32 overall picks (rest of season and lottery to come). I think they need to take three forwards, the best offensive options available, and avoid any of the second tier leagues. That’s BCJHL (for the love of God Almighty), AJHL, SJHL, MJHL, OPJHL, USHL, NAHL, all of it. They should draft players in the first three selections from the CHL, NCAA or Europe.

They should NOT factor in how many years they have to make a decision, that’s a chicken play when you’re drafting this high. They should NOT take any player in those three selections who hasn’t shown a clear ability to impact the offense. Full stop.

On the day Bob Green, Scott Howson and Craig MacTavish sit down to make the final list (I assume Stu MacGregor and the scouts will have been fired into the sun by the Nicholson cannon), they need to pay heed to the following:

I think they should walk into the room and take (based on where they are now) Jack Eichel, Anthony Beauvillier and Jake DeBrusk. My bet is they walk away with Eichel, Bittner and Blackwood.

Halfway through last night’s game I remarked Edmonton seemed to be playing well enough to win, and looked forward to seeing if they could keep it up. Oh, those Oilers. Todd Nelson could do himself an enormous favor by focusing on ways to beat the Calgary Flames. It’s all we have left as fans, hurting Calgary’s chances, and good grief last night was a ghastly sight. The Oilers at this point are the embodiment of Cliff Clavin and the Flames are their Jeopardy. The Edmonton Oilers, as a hockey team, are either a hilarious group of bumblers or the personification of the word nonsense. Either way, they’re pitiful.

How can they stop it? Give up the idea they’re the smartest men in the room. Like Cliff Clavin, the Oilers seem to be the last to know the joke is on them. It’s sad, really.