These Edmonton Oilers are a fun team to watch this week, winning in Newark and Montreal and losing a close one in NYC. Today, it’s off to the Capital and Ottawa, a team that always looks like a walking trade match from here. Both teams are outside looking in this spring, so a Hemsky trade deadline is unlikely. Damn shame, as there are some nice things in Ottawa.

I’ll have a look at Nelson after 20 at some point but Jonathan is killing it on twitter and over at Oilers Nation. Wonderful information and a must read for Oilers fans but you already knew that I’m sure.

Not much movement this week, the big one is Lawson Crouse who is finding the range offensively. I’ll have Corey Pronman on this week to talk about the draft and we’ll have an in depth chat about Crouse. Two players who are getting a lot of attention lately are Anthony Beauvillier and Timo Meier who both gain entry into my Top 10 overall this week. 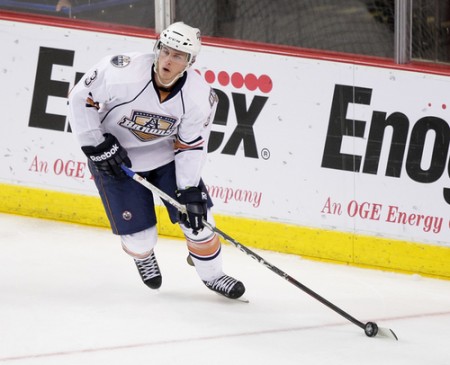 I spoke to Neal Livingston yesterday and he mentioned Brandon Davidson as the next logical defensive callup, with Curtis Hamilton and Bogdan Yakimov being the likely forwards next on the list. I think it’s also possible we see Laurent Brossoit for a look-see before season’s end, he was brilliant in a 1-0 loss to the Chicago Wolves last night.

Bruce McCurdy will join me today at noon on Saturday Sports Extra and we’ll talk about the big stories today. We’ll also talk about hockey day in Canada and what the grand game means to us. Call in if you like and share your memories.

A certain segment of Oiler fandom is bringing the crazy about Leon Draisaitl. I’ve read more than a few comments about Leon’s struggles and doubts about his long-range future. Ridiculous. Leon is slightly off last season’s points-per-game total but is still adjusting and plays on a brilliant junior team where he’s sharing the TOI. This is a great spot for Leon and he’s working hard, getting his points and is miles from being a distraction. This is a good kid and an outstanding prospect. If you’re worried, don’t. The same people who have Hall being a major factor in Oilers losses are probably fretting over this one. The sky isn’t falling on either player, they’re damn good.

You’d like that top line in the 2’s but it’s been a bizarre year and there is still time. Lander’s emergence? Music! One thing to look for in the second half of the season is a Yak City spike—he’s far better than this number and seems to be feeling it with Nelson at the controls. Nail hasn’t played with real swagger since Ralph and that’s for sure. We know this young man can score goals and we can hope he figures it out. That would be a wonderful bullet point for the season’s second half.

Klefbom is just past 50 NHL games and his arrows pierce the sky at the outer limits, it makes one giddy to think of this guy after 300 games. I don’t know who sent the prayers, but the dreamy kid from Karlstad was sent to answer them.