ONCE UPON A TIME IN THE WEST

If you’re Craig MacTavish the next twelve months gotta hum. I mean HUM! Stockpiling draft picks at the deadline is a loser’s bet unless there’s a chance to cash them for real 2015-16 NHL talent. As we approach the deadline, the Oilers can in fact add such talent, in a few ways.

There’s still time! I know it’ll be $5 million a year but this team can ill afford to lose a guy they drafted and suffered with during his learning years. It’s beyond the pale to even think about losing him for a draft pick and if they do bring in a prospect he better be a good one. If there’s one thing MacT could do in order to regain some of the confidence of the fan base, this is it. Does it get done? Well, it’s late in the day but they got Hemsky done very late once upon a time.

FIND THE AHL KIDS WHO CAN PLAY!

Martin Marincin was (apparently) wobbly today (I did not see the game) and that may mean there’s an opening for Brandon Davidson. My guess is that Davidson is a depth guy and Marincin has a much brighter future but this may be the time to have a look. If the Barons’ reports suggest that Jordan Oesterle or Dillon Simpson or David Musil or Martin Gernat are playing well, bring them up. I still think the Oilers unnecessarily screwed up Marincin but shoulders straight and onward march.

Same goes for the forward group. If Ryan Hamilton and Matt Fraser aren’t the answer, recall Curtis Hamilton or Bogdan Yakimov. Losing games isn’t death for this organization but wasting these audition at-bats on men who are absolutely not part of the future is silly. 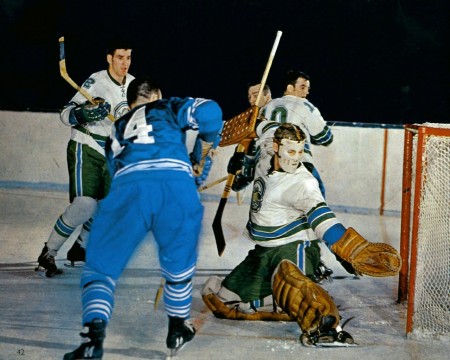 TRADE FOR A LEAF!

If they’re tearing it down then the Oilers owe it to their fans and future to call Toronto and ask after Kadri, JVR, Kessel, Bernier, Phaneuf and others. I see no reason to exclude any of these players, although the return would vary. If Toronto is willing to blow it up, give them a fuse! If Phaneuf comes at a good price? Giddyup.

94 Responses to "ONCE UPON A TIME IN THE WEST"