HAVE YOU GOT THIS?

In what was a most enjoyable evening at Rexall, Edmonton Oilers fans got to see a terrific power play and another wave of Oklahoma City youngsters helping the team to victory. Todd Nelson? 10-10-3. Todd Nelson? Can’t be stopped. Todd Nelson, won’t be skyped!

Oilers have had recent discussions with Petry camp. Wouldn’t surprise me if offer has come. Long shot with FA looming but never know.

Ryan Rishaug is a very credible source and this is very good news! If the Oilers made a serious offer it has to start with a 5 based on what we’re seeing these blue go for leading up to this free-agent season. A RH side of Petry, Schultz and Fayne for next season is a far stronger trio than w/o Petry. The young man’s possession stats are slightly below 50% now, but he’s 55.3% Corsi for 5×5 without the captain and 46.3% with him. With Klefbom? 53.2%.

Marincin is just past 60 games in his NHL career and is about 50% Corsi for 5×5 this season. The rangy defender is absolutely the redheaded stepchild in the Oilers prospect arsenal on defense. I don’t see him here in a year, have seen this movie before and it always ends with an airport goodbye and a new frontier for the player. The one thing that makes me think he could stay? Todd Nelson. He seems to have been heaven sent and bound to turn these Barons into Oilers. Marincin has a ways to go before getting back to last year but last night’s fun should help his confidence.

Of course! Why not? The injury means nothing if they sign Petry but an injured blue isn’t going to have value at the deadline. Last night could be very expensive for Edmonton if Petry turns them down. We wait. As for Lander, I think he’s shown enough this season (22gp, 4-7-11 and fine two-way play) to be a legit member of the 2015-16 team. Score one for the MacGregor drafts.

#Oilers prospect Leon Draisaitl named #WHL Player Of The Week. He had 2 goals and 7 assists in 4 games to pick up the honour. — Cody Nickolet (@DubFromAbove) February 16, 2015

Much concern early about Leon in Kelowna but he has now matched last season’s numbers and of course there’s plenty of blacktop ahead. I do think we might be looking at some time in the AHL for him in 2015-16, with Roy making such a difference and Lander emerging. Slow-playing his development is fine by me, he’s going to be a quality player when he gets here. I think the Oilers should be the same for Nurse (AHL next year) and send Dylan Strome back to junior. Let Todd Nelson have a full season with his Barons’ men at the NHL level. Would you be okay with Nuge, Roy, Lander, Gordon next season at center?

Eberle doesn’t get enough credit, he’s the best offensive player on the team during the Hall-less run and proves it every week. Nail is having a nice run here, keep it up young man! He had a wobbly bit with his leg last night, not sure what it was but he came back and skated miles. Nuge seems to be finding the range on 5×4 again that’ll spike the boxcars. There are six Barons in that lineup, five of them making significant contributions to the Oilers 10-10-3 record under their coach. A nice rainbow in a season of rain. 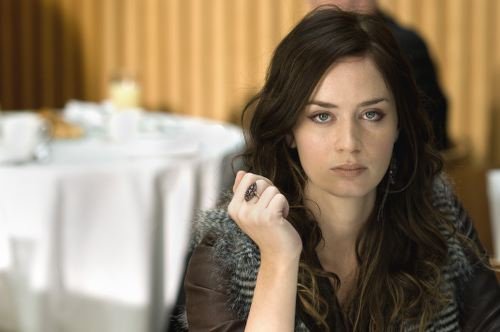 A packed show this morning! 10am on TSN1260. Scheduled to appear:

RE 16-17 LEON DRAISAITL: NO SURPRISES

I LEFT MY WALLET IN EL SEGUNDO
LAVENDER BLUE