I spent yesterday afternoon watching my NFL team taking a massive risk in an effort to get better. The Philadelphia Eagles are sending out all of their offensive stars (Shady McCoy, Jeremy Maclin, Nick Foles) and replacing them with defensive players and a QB who should be better in terms of accuracy and ball control. Basically, sending out high priced offense for defense and a new pivot. Hmmm. It’s risky business but maybe there’s a lesson here we can apply to Craig MacTavish.

Craig MacTavish has had a strange career as Oilers GM. The only bold thing he’s ever done is to use the word in the first media avail after taking over. Since that day we’ve seen a series of measured chess moves. Boyd Gordon and Andrew Ference in free agency, David Perron acquisition, that crazy trade for Bogdan Yakimov in year one. Mark Fayne, Benoit Pouliot and a fresh dice roll on the goalies in year two. Even the risky stuff—like signing Niki Nikitin—lacks flair.

Maybe Craig MacTavish needs to do something really bold. Instead of patiently waiting for the defensemen to age three years, maybe he could hurry up the process by actually making a bold move. For instance, if the Oilers draft No. 3 overall this summer, what about making a trade for a young defenseman like Victor Hedman or OEL? Kevin Shattenkirk anyone?

If the Oilers decide to trade a forward, who would it be? You’d get best value for Taylor Hall, right? What could you get for Taylor Hall? It would kill me but I have to say anything would be better than another season like the last two: Opening night wobbly goaltending resulting in a ghastly loss, followed by one month of ‘this can NOT be happening’ and then the long, long road of ‘games that don’t matter’ ending the year. No sir. No mas.

OVERHAULING THE DEFENSE IN ONE SUMMER

Could Craig MacTavish overhaul the defense in one summer? We know from his last media avail he’s comfortable with all of Nikitin, Ference, Schultz, Fayne and Klefbom, but what if he was fibbing? Could he turn this rig around in two months this summer? Could he buy out Ference, move Nikitin to 7D, trade Schultz and use those millions to cobble together a better blue?

The problem with hoping for a complete overhaul (new goalie and three new blue?) is there’s little reason to believe the new hires will be better than the current group. MacT’s additions on defense (Ference, Nikitin, Fayne) are two-thirds of the problem, with the other guy apparently on the way to Norris. That’s the real problem with projecting the Oilers into next season: We can talk about signing Sekera or Petry—but the Oilers may be focused on Barret Jackman in free agency or trading for Dennis Seidenberg.

CAN IT BE DONE?

Anaheim made some major moves at the deadline, adding defenders James Wisniewski, Simon Despres and Korbinian Holzer to their group. The Oilers can’t get better next season on defense by standing pat, by running in place. Free agency hasn’t been kind (I’d argue Fayne was a good addition) and I’m not sure you can trust the current management to trade a big piece for a quality defender.

So, if you can’t trust the management to make astute judgements in the marketplace (trade or free agency) and you don’t have the horses currently to compete next season, what do you do? Wait. Wait on Oscar Klefbom, wait on Darnell Nurse, wait on Noah Hanifin. As horrible as it may appear, if I’m Darryl Katz there’s no money this summer for Barret Jackman or Dennis Seidenberg or even Johnny Boychuk.

We are here. Dead in the water. Best to keep the powder dry, wait for Nikitin’s contract to expire, Klefbom etc to age a year and gain experience and try to find a goalie who won’t kill us. The Taylor Hall contract gently weeps. 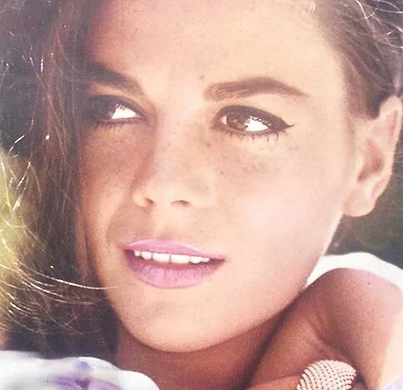 Big show today, featuring all the sports! 10 this morning TSN1260 and scheduled to appear:

BLOOD ON THE TRACKS

REUNITED (AND IT FEELS SO GOOD)

HOW GREEN WAS MY VALLEY
MAYBE I’M AMAZED