Time goes drifting by so quickly, we don’t notice day to day things. The carefree days of youth give way to a more mature look and we settle in without even knowing it has happened. Before you know it, we pass ‘prime time’ and enter ‘grizzled veteran’ before passing through ‘still productive’ and ‘nearing the end’ and fin. It is so fleeting, for all of us. The young cluster, the department of youth, the heart of the order, are men.

The Edmonton Oilers are on the home stretch and are neither too hot nor too cold; no sir, their bed is just right for missing out completely on McEichel! I kid. Edmonton was very unlikely to pace with Buffalo who have a roster filled with Londoners at the time of the plague at this time. If the Oil win the lottery, we’ll know the hockey Gods really do love us, if Buffalo wins it, well they bought and paid for it with a ragtag group that’ll live in infamy (“we wouldn’t have McDavid with Ludlow!”).

If there’s one thing this weekend taught me, it’s that Oilers fans (in this part of the Al Gore) want Noah Hanifin. The college defender has a terrific resume, we’ll see in mid-April where the Oilers pick and perhaps MacT will give us some clues (he did mention Hanifin and Strome as being strong options recently). I would absolutely love Hanifin to be Chris Pronger in five years, or even Drew Doughty but for me there are enough question marks to suggest he falls shy of that comparison. Consider this from Craig Button, who answered a question about the player he would take at No. 3 overall:

A tough night for the skill defender Laleggia. He scored to tie the game (NCAA playoff for a trip to the frozen four) but was ejected from the game late and Denver lost in OT to end his college career. I imagine we’ll hear about his signing in the next few days and he could see OKC time before season’s end. Hell, give him a lash in the NHL! We won’t find out about Matt O’Connor until down the line though, his team advanced to the frozen four.

One area Edmonton may have made progress this season is in addressing needs internally. Todd Nelson’s arrival as coach of the Oilers coincided with a spike in Anton Lander’s performance and that one thing improves the center depth chart for next season.

I’m not going to suggest that Nelson saved the world here, Lander’s progress could have come under Dallas Eakins and the entire Nelson-Lander story could be coincidence. The real lesson here is that a team with multiple problems (I’ll say five) on their roster can only do so much via trade and free agency in the summer. An example: Edmonton have five issues (starting goalie, top-pairing defenseman, second-pairing defenseman, second-line center, two-way W) facing them this summer. If the Oilers, with Todd Nelson as coach, could solve two of those problems internally, the issues become far less and chances of success far greater:

The problem Craig MacTavish has this summer (and he created 40% of it when trading David Perron and Jeff Petry) is five holes is several too many. Internal solutions, and they have come to the surface under Todd Nelson (and I do understand the possession numbers are worse under the new coach), are more bona fide than they were in the fall. A young man like Martin Marincin has to do a lot of work to prove he belongs in the NHL but the opportunity is more obvious this morning compared to the fall. I don’t think we can overlook that fact.

By The Numbers: Which NHL teams get the biggest contributions from young players? Which don’t? http://t.co/l8wThhK35B pic.twitter.com/Us43CXpHiz — James Mirtle (@mirtle) March 30, 2015

That will change as the No. 1 overalls and the cluster ages but it does put into perspective just how much Edmonton has been giving up to other teams in terms of experience. Interesting also is that the teams around them are more successful, for me two reasons (Edmonton cut to the bone for the rebuild and was unable to attract top quality free agents during the building back period) for it have really come into view. There are others of course (astute trading would have helped, 2007 draft, 2008 draft ravaged due to offer sheet) but the Edmonton Oilers remain a team at the losing end owing a great deal to the exits of significant talent for less than 100 cents on the dollar.

.@FriedgeHNIC tells us Boston U goalie Matt O’Connor will visit the #Oilers, and he’s under the impression he’ll visit #Flames too.

Oilers losing that battle to the Flames would just about put the cherry on top of a stunning season in Calgary.. 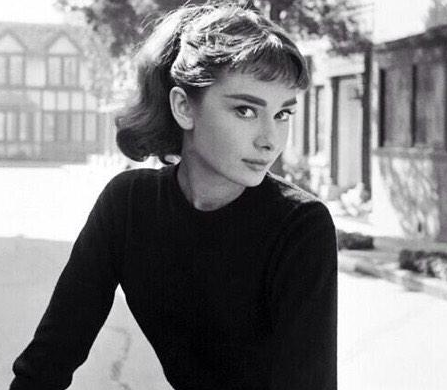 A very busy Monday morning, we start at 10 on TSN1260. Scheduled to appear: