Tonight at the Cox Center in Oklahoma City, the Barons begin their final act as a franchise. The Edmonton Oilers will move lock, stock and two smoking barrels to Bakersfield for next season, leaving behind a dedicated fan base, a substantial blogging community, and the memories of a fascinating period in Oilers history. All we have left is the postseason, and that begins tonight.

In their first season, I followed young Finn Teemu Hartikainen with great interest, while also being shocked and impressed with Colin McDonald and his 42 goals. Reports of Linus Omark’s wizardry flooded north, and I think we knew early on in that season that Jeff Petry was going to be a bona fide NHL defender. We got a glimpse of some guy named Mark Arcobello that season and Colten Teubert came over in time to play 20 games right at the end of year year. That was 2010-11.

In year two, I listened to Jim Byers’ fabulous delivery of the play-by-play as Tyler Pitlick and Curtis Hamilton turned pro and began the long journey to NHL action. Arcobello and Hartikainen continued to progress, while Magnus Paajarvi was sent down from Edmonton to get his game back. The leading scorer that season, Ryan Keller, had a good year but did not get a callup to the NHL. Josh Green, also having a good year, did receive a call. Todd Nelson began to emerge as a legit coaching prospect and Rocky Thompson made a name for himself, too. That was 2011-12.

Year three was the lockout season, with the young NHL kids spending time in the minors and Justin Schultz playing his first pro games. Toni Rajala had a tremendous season after being called up to OKC and defenders Martin Marincin and Taylor Fedun impressed as well. Alex Plante, once a prominent prospect and a sign of hope for the future, played his final games as an Oilers prospect in the spring. That was 2012-13.

In the fourth season, Anton Lander showed for the first time in North America that he could do enough offensively to find a way. Oscar Klefbom led a trio of defenders (David Musil, Martin Gernat) making their NA pro debuts in their journey toward the NHL, and Klefbom showed tremendous growth during that first season. Brad Hunt came over as a free agent and was exactly ridiculous as an offensive defender. Laurent Brossoit came over from the Flames organization and made his debut as an Oilers prospect, Andrew Miller began walking in Arcobello’s footsteps and the Pitlick/Hamilton train sputtered along. That was 2013-14.

In the final year, Laurent Brossoit began to emerge as a bona fide NHL prospect. Brad Hunt continued to be a dominant player at this level and Andrew Miller showed he had NHL potential. We didn’t know much about Iiro Pakarinen but soon learned he was a crowd favorite and a real NHL prospect. Tyler Pitlick played well enough to earn another NHL recall and Hamilton would get one later in the season. Youngsters like Bogdan Yakimov, Jordan Oesterle, Josh Winquist, Dillon Simpson, Jujhar Khaira and Mitchell Moroz all made their pro debuts and began the long journey to the world’s best league.

When I was young, the minor leagues were lines and lines and lines of boxcars. The names of the towns (Rochester, Hershey, Fort Wayne, Omaha) and the outstanding players who remained in the minors were never going to get famous, but the men who made their way to the NHL did so by competing in those towns and against those men.

NHL players who have been developed since the Barons arrived in OKC? It depends on how you measure it, depends on your ‘line in the sand’ for success. Here are the prospects who passed through Oklahoma territory and their NHL GP since 2010:

Five years, 28 names. The last Oklahoma City Barons player to retire from the NHL? It might be Klefbom and he should be wrapping up his career around 2033 or so. Thank you, Oklahoma City. We enjoyed your company and we will not forget you. 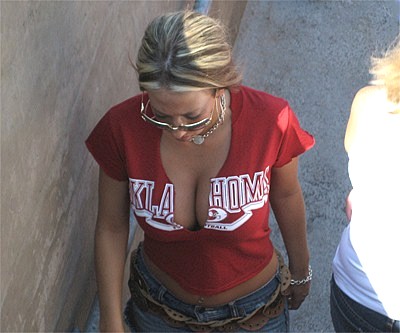 WHO YOU GONNA CALL?

WHAT A YEAR FOR THE BARONS!

YAKIMOV IN THE AHL