BECAUSE MCDAVID, MONDAYS WILL NEVER BE THE SAME

I’ll have my final draft list up on Saturday, June 20. That’s less than two weeks from today and I still don’t think Oilers fans (me included) have grasped the enormity of the lottery win. Sidney Crosby is two weeks away from being an Oiler! The mind struggles to comprehend it. The initial rush of excitement has been replaced by an adjusted lens, a change in focus, almost exactly what happened to me years ago in the moments after seeing Howard Hughes’ Spruce Goose (incredulous, followed by wonder, and then ‘hey, it’s  cool old plane, but I’m hungry’).

In a mock draft on Saturday that included qualified people (bloggers of note, some msm) I came away with McDavid at No. 1 and Svechnikov at No. 16 (Paul Almeida chose Merkley at No. 16). If the Oilers keep the pick, and I believe they will, this is going to be a draft to remember. The first round could take care of 33% of Edmonton’s top 6F for a decade. Seriously.

Drafting for need is a mistake at No. 57, you can imagine how I feel about it at No. 16. Here are the top prospects in the system, by position:

If the Oilers select (with their top four selections) Connor McDavid (a center), Evgeni Svechnikov (LW), Blake Speers (RW) and Ethan Bear (D), that would represent both terrific value and address need. If they end up with McDavid, Svechnikov, Eriksson Ek and Chlapik—three C’s and an L—we should rejoice, for we will know the Oilers have learned slash are listening to the right messages. 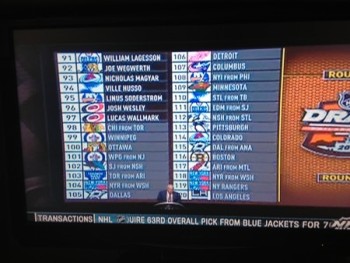 This is the time of year when unusual information usually comes to the fore and this tidbit fits. An article on the weekend from THN details the kids who played with Dubuque of the USHL and graduated high school.

Oilers do like smart kids, if you go back years it’ll be clear they do put high importance on grey matter. Lagesson had (from what I’ve read) a good season, it’ll be interesting to see how he performs in college hockey this fall. While I’m at it, Jonas Siegel has an interesting article about what the Leafs are doing with their spring and getting ready for the draft. The Leafs, always a sleeping giant, appear to be waking up.

Lots of comments on yesterday’s depth chart, with one item being mentioned a lot: McDavid needs a veteran winger. So, allow me this possibility: 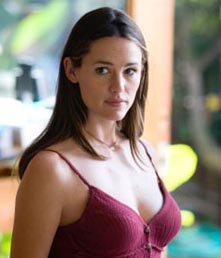 A busy Monday, 10 this morning TSN1260. Scheduled to appear:

205 Responses to "BECAUSE MCDAVID, MONDAYS WILL NEVER BE THE SAME"