Before we jump headlong into free-agent week, let’s review what Peter Chiarelli did at the draft. He added two new defensemen and sent one away. Did he move the team forward on the weekend in the short term? How many moves are left? Let’s ask the questions, one at a time:

By sending away Martin Marincin and adding Eric Gryba, was anything gained?

The ZS’s are the same, Corsi is fairly close and they even play the same minutes (close, anyway). The difference for Edmonton? Marincin is going to get better and is under control. Gryba, who had a pretty good year in 2013-14 with Marc Methot (in terms of possession), is a UFA next summer. If the club was going to deal Marincin, I had hoped it was going to be in a package for a top pairing D. As it is, they got a player in Gryba who can do the same job as Marincin did last season, but has nowhere close to the same future. Peter Chiarelli’s closest advisors, including Craig MacTavish, clearly didn’t value the player and Chiarelli either agreed or didn’t like him enough to keep him. This was in no way full value for Marincin, and he joins Jeff Petry and a host of other blue sent away before their time because Oilers. This is the kind of thing Edmonton fans are hoping Peter Chiarelli stops doing and the trade serves as a sober reminder that the front office still has the past inside the room.

Is Cam Talbot really worth all of those picks?

Using the Lowetide list for trade value, the picks worked out to:

I think this was a great deal for Edmonton IF they can sign him to a longer deal and with the caveat sample size. Despite the wonderful work of Darcy McLeod and others, we need to remind ourselves that small sample sizes can be trouble. The quality available with those picks was good—my list shows there was a lot of unusual picks starting at No. 35, normally a sign of a dip in quality—but Cam Talbot looks fine from here and I’m not going to bitch if this goes south.

Was Griffin Reinhart worth all those picks?

I like the player, loved watching him in junior and he’s getting a bad rap online currently (he CAN actually skate. Honest. He’s not Paul Coffey but these Hal Gill diatribes are insane) and I believe he’ll have a productive career. Second pairing, lots of PK time, he’s certainly in that group of impressive young blue along with Oscar Klefbom and Darnell Nurse. The cost was heavy:

I love my picks and that was a lot to give up. That said, the Oilers (Chiarelli and Bob Green I expect had the most input here) liked him on draft day and imo that 2012 draft never did sit well with the scouts. So they got their man and the price was dear, very dear. One of the things I find somewhat incredible currently is the verbal surrounding Reinhart. I’ve heard smart people talk about him being another Colten Teubert, about his skating ability not being NHL calibre, and it being a joke that Darnell Nurse would be sent to Bakersfield while Reinhart stays in Edmonton.

Here’s an idea: Why don’t we acknowledge our own limitations (lots of talk about the Oilers not seeing Reinhart in the AHL and taking a chance, but we don’t seem bound by the same limitations in making our own opinions known, with extreme prejudice) and frame things in a way that makes us look less crazy? Can we agree that the price paid was very high? I think we can. Can we agree that Peter Chiarelli and Bob Green put their proverbial asses on the line? Yes, that too. Can we also acknowledge that Griffin Reinhart was an exceptional junior and that his junior career ended a year ago? Check.

I would have rather seen the picks made, that’s for sure. I think the Oilers might have drafted Evgeni Svechnikov and Travis Dermott and for me that has more value moving forward than Griffin Reinhart. I’m also aware that Peter Chiarelli is under enormous pressure to turn this team north—and soon—with defense and defensive depth being a primary issue. If Griffin Reinhart comes to camp, plays well, and ends up in Bakersfield (with Nurse here) would I be surprised? Hell no, I’m on record saying there’s very little chance Darnell Nurse loses a job based on his mobility and range of skills compared to the rest of the current blue.

That’s the bottom line for me. Reinhart MAY be NHL-ready. Projecting him as a solution this fall is jumping the gun. It’s his job to prove himself worthy of a spot and I’m not going to bet against him. You’ll be surprised with Griffin Reinhart’s mobility this fall (based on what I’m reading). Trust me. Was he worth the price? Not in my opinion.

What did they get? A big, strong defenseman with impressive wingspan, a physical edge and solid puck skills. His defensive play is a big part of his game and we should expect lots of tough EV time and a healthy dose of PK time when he arrives. He’s bona fide.

Was there value on the table late? Did Edmonton get some?

Remember last week when I listed five players from the CHL that represented ‘extreme’ value based on even-strength points-per-game? Here’s what happened, with my final number, player name and their draft number plus destination:

I like much of the Oilers draft (McDavid, Bear, Jones, Marino and the big Russian Paigin) but there was valuable skill available throughout and they didn’t take what was available, even late. Grabbing Salituro or Schweri with a late pick could have helped this draft. While I’m at it, let’s list the entire draft, without trades, using the Lowetide list:

There are no goalies, and small forwards show up several times. Still, that’s a fine list, skill everywhere. OH, and my final selection, Tkachev? I had him ranked No. 67 overall.

Believe it or not, people were upset about this tweet. Come on. That’s funny! Anyone who can have a sense of humor after the last five seasons is alright in my books.

We should know the list of RFA’s qualified some time today and the candidates are:

Others who will or could be signed:

I expect the 50-man list will be at 43 (McDavid, Schultz, Davidson) with one or two possible adds after that and of course if we see a three-for-one (candles lit!) this number could change. Buyouts could impact, too. If Davidson and Schultz are qualified, Edmonton would have 16 defensemen on the list, that’s a bit heavy. 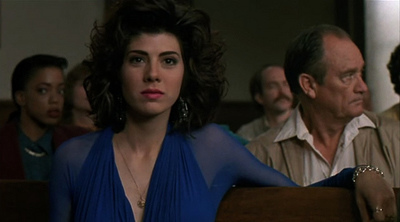 Monday! Waivers, buyouts, HHOF, who are the Oilers talking to? 10 this morning, TSN1260.