The Edmonton Oilers have an enormous number of talented kids in town this weekend, giving fans like you and me a chance to observe greatness at the very beginning. You know I’m not one to tell you what to do, but if you get a chance—and especially if you have young ones—this is one of those “remember when?” moments for our town and that’s a nice event for all families. Kids are on the ice every morning through Sunday and then Monday night there’s the ‘Billy Moores Cup’ and public is invited. One of the highlights of summer, no doubt, it’s all at Rexall. The kids are on the ice 9:30-12:30 noon today, schedule and roster is here. 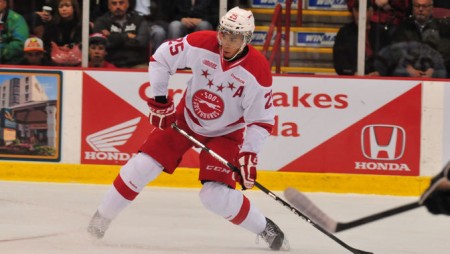 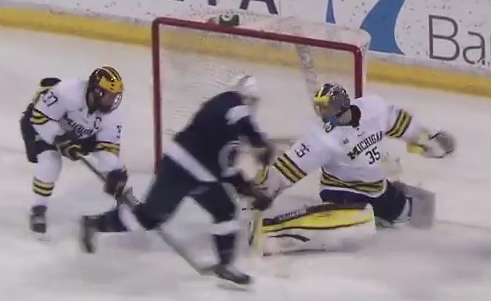 Players worth signing: Loik Leveille has a unique set of skills and it’s easy to imagine Edmonton getting him under contract before he goes back to junior this fall. John McCarron is an Oilers draft pick and he must be signed by August 15 or cut loose, my guess is he doesn’t get a contract. Tyler Soy is a high skill player, might be worth a contract depending on those skating issues. Jordan Papirny has stolen some junior games at Rexall, imagine the Oilers saw him good.

No. 46 is Connor McDavid, he hasn’t signed yet but I’m holding his spot in honor of his comments yesterday about wearing an Oilers jersey forever. It’s going to be very difficult to hold our expectations of this young man at normal human levels if he keeps delighting us with his attitude and maturity.

Connor McDavid says he wants to play in Oilers gear for 'the rest of my life.' http://t.co/rEu6UJjuYd pic.twitter.com/mTNqWrNcBE

This is an epic photo. More brown shoes than one would think possible, Katz’ boy has sprouted like a maniac, MacT hears a who, Katz with that fantastic camera savvy normally reserved for Mr. Magoo, and the teenager with all the things smiling back at us in THE moment of summer. Man. That’s a photo, folks. 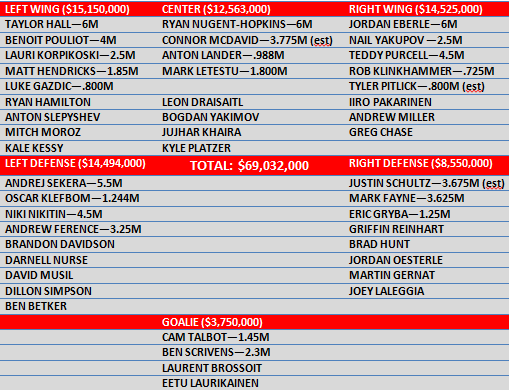 You’d love to see one more puck-moving defenseman back there, seriously. Chiarelli probably feels he’s changed enough out here and will want to see how this thing looks rocking down the highway. Remember, he’s aggressive DURING the season too, so that damnable inertia we have been experiencing for 15 years won’t be as much of a factor (we hope).

Sekera is an excellent addition to the #Oilers. Here's his performance in HERO chart form (via @MimicoHero). pic.twitter.com/wJ2RJc5e25

How much of what has happened here is McDavid? I mean, Bob Nicholson gets a lot of credit, Katz too really, but how much of Chiarelli, McLellan and Sekera is about the child that shall lead them all? I think the answer is most of it. Seriously. McDavid’s a winner and in the NHL winning is the only thing.

Glen Sather announced he was stepping away yesterday, and I can’t let that moment slip by without jotting down a line or two. Sather’s impact on the Stanley teams was massive and his imprint on this team’s overall history remains Everest. Kevin Lowe, Steve Tambellini and Craig MacTavish followed but it feels like fresh air with Chiarelli (we’ll see, early days). Thanks Slats, for the memories. I hope you have a wonderful retirement, but doubt it takes. 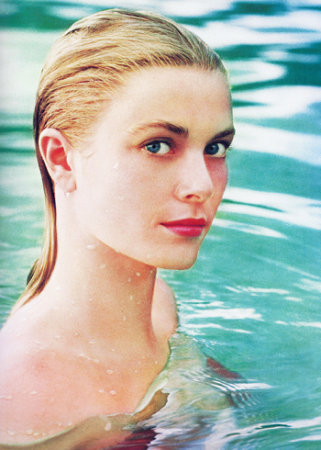 Lots to discuss today and a great guest list to do it. 10 this morning, TSN1260:

250 Responses to "THE MOTHER OF ALL ORIENTATION CAMPS"