It was a splendid evening at the rink, but of course they all are. I have a few notes (below) on these young men but the bottom line is they’re talented kids, we’re lucky, and for God sakes enjoy your summer. Great gifts await us, but that’s it, no more lovely July evenings at the rink!

So, the #Oilers have signed newly acquired G Anders Nilsson to a one-year, $1 M deal. Looks like Scrivens could be gone.

Sounds like Nilsson will get a chance to make the club, but will need to clear waivers if he doesn’t grab the backup job. It looks like competition for Ben Scrivens, but if Nilsson wins the job he and Cam Talbot will be the least experienced tandem in the NHL since, well, ever. I suspect the goalie story isn’t over, honestly thought we’d see a more experienced addition—and we may.

My own thoughts on it? I think Chiarelli wanted to light a fire under Scrivens’ ass (doubt it was needed, Scrivens is a smart guy and he knows the score) and it does give the team cover after last year and in case of injury. The risk is Nilsson getting claimed on waivers, but Markstrom is a better prospect and he cleared a year ago fall.

Not much room left now, I like yesterday’s trade a great deal (in terms of value added versus given) and it certainly adds to goalie depth. PC will need to unload some of these players if there are new ones coming in, and surely we’re near the end of the roster movement now. 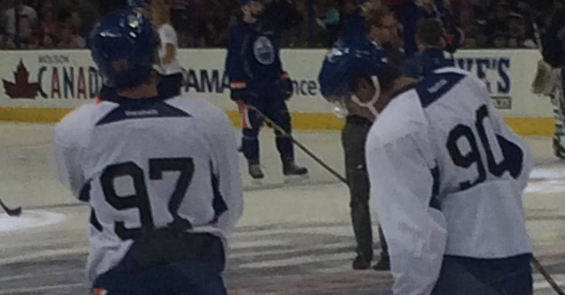 That’s all I have, reminder this wasn’t even an exhibition game. That said, the three gifted players in the group did some special things and the older players also showed well. It was a fun event for a most worthy cause, and I congratulate the Oilers for devoting the evening to it. 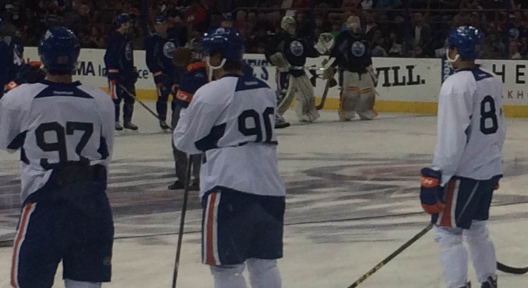 I really like this bet, it’s similar to the Eetu Laurikainen bet in that he posted strong SP’s in a very good Euro league and may be ready for NHL action. Lots of online chatter about an illness during his last trip to NA (B-12 deficiency based on what I’ve read) but we’ll see about him this fall. If you’re giving up Liam Coughlin in a trade for someone who may be able to help in the coming season, that’s a fine bet in my opinion. Coughlin’s college career begins this fall and he’ll be at least two years there one suspects. The .936SP in KHL play last season and the friendly cap hit ($1M) makes this a nice move with low risk (waivers).

Nurse is so mobile, big and strong I can’t see him spending time in Bakersfield unless the club adds some quality. If Todd McLellan comes to camp, feels rookie errors (and learning here) can be tolerated because of Nurse’s skills, then I think he makes the team. I like Griffin Reinhart as a prospect, but this young man is on a different level because he’s legit fast. That means he can recover quickly, close a gap, won’t get beaten as often, and if they run him all year Edmonton should have a more finished product by next summer. This isn’t a teenager we’re talking about here, Darnell Nurse turned 20 in February, impressed in the playoffs, went to OKC and played very well there. In pro hockey. In many ways, Oiler fans are more familiar with the defense than Peter Chiarelli ever could be (we watched it every night), so when Chiarelli talks about competition being open that tells me Nurse is already well on his way to making the team. Open competition? Music! If that’s true, I can’t see any way Nurse doesn’t make the big club. Seriously.

At the start of training camp (as things stand) I imagine the depth chart will be something like:

I think Nurse wins a job on the third pairing if it’s an open competition. Things that could impact (aside from injury) include another trade (for a legit top 4D), a poor camp by Nurse or a great one by Nikitin. He has an excellent shot at making this team on merit. 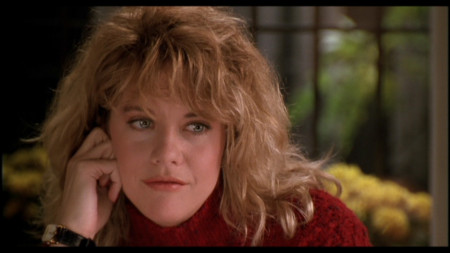 10 this morning, we hit the ground running with fabulous guests, TSN1260. Scheduled to appear:

His Judgement Cometh, and that right soon!
SAME TIME NEXT YEAR