At some point this summer, we should hear about the Edmonton Oilers and Oscar Klefbom agreeing to a multi-year deal. It’s important because the price point and term impact things over the rest of the decade. If Peter Chiarelli can get Klefbom signed to something close to Jonas Brodin’s deal (six years, $25 million), that represents good value for one of Edmonton’s cluster players.

Connor McDavid, Taylor Hall, Ryan Nugent-Hopkins, Jordan Eberle, Leon Draisaitl, Oscar Klefbom, Darnell Nurse. Fair? And if things work out as planned, Cam Talbot, Griffin Reinhart, Nail Yakupov and others can join the group. If Chiarelli can get Klefbom signed to a deal around $4.2M, Edmonton will have Hall, Nuge, Eberle, Sekera and Klefbom signed for around $27.7 million. That’s vital with McDavid getting a major deal in three years and other markers coming due (Justin Schultz, Cam Talbot next summer). 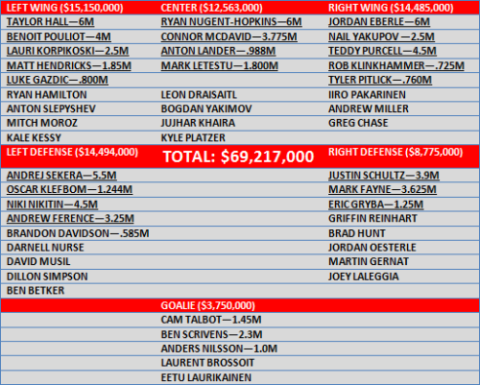 I have heard the argument that Griffin Reinhart must make the team opening night or the trade was a failure and Reinhart’s career as a top 4D is derailed. It’s important to put this fall into context and assess a fluid situation reasonably. Consider:

The easiest thing in the world for Todd McLellan to do is send Nurse and Reinhart down, forcing them to perform at a high level and fight it out for first recall. Davidson’s issue is a little different, in that he will face waivers if sent out and could be lost for a small fee. Reinhart’s demotion shouldn’t be considered a reflection of his career trajectory, but he needs to establish himself as an NHL player this season. Agree? I’m saying that no matter where he starts this fall, at some point Reinhart needs to play NHL games (a significant number, more than 20) and should arrive by next spring. The easy bet is Nikitin is dealt at the deadline and Reinhart is either already in the NHL or recalled, same day.

Complicating the issue? Darnell Nurse. I think he makes the team ahead of Reinhart, but there’s no shame in that. I was talking to a buddy about just this point yesterday and heard (again) the thought that Reinhart has already been passed by numerous Islanders defensemen on the depth chart.

Let’s look at that for a moment. Griffin Reinhart’s spot on the depth chart last season was clearly behind all of Nick Leddy, Johnny Boychuk, Travis Hamonic, Thomas Hickey, Lubomir Visnovsky, Calvin De Haan, Brian Strait. The Islanders (correctly) weren’t going to call Reinhart up to sit, so playing every night in the AHL was the best option.

In order for Reinhart to be passed by a prospect, we’d need to see a player selected AFTER him vault into the everyday lineup. Right? Never happened. Reinhart (a 2012 pick) and his 8 NHL games represent the latest draft pick to play in the NHL, and in fact his 8 games is more than Scott Mayfield (a 2011 selection).

I know Reinhart is a divisive figure, but am hopeful people can put aside the reasons for disliking the draft day trade (those things have nothing to do with the player) and view his progress as a prospect without bias. If Reinhart gets sent out during training camp, the hollers on this blog will be loud and long (trust me). I’d urge patience. It’s a marathon not a sprint, and many of you loved the addition of Bob Green not so very long ago.

What’s changed? Nothing. Nothing beyond the Oilers now having three defensive bets (Klefbom, Reinhart, Nurse) from three first rounds (2011, 2012, 2013) with draft pedigree and what looks like a very good future. 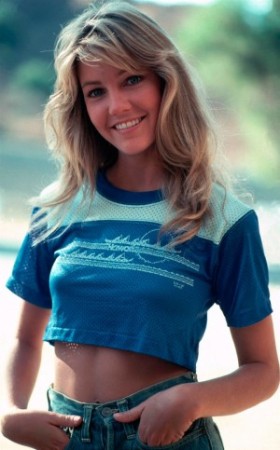