I imagine the conversations between Peter Chiarelli and Todd McLellan these days are about the blue. If we take the current Oilers defense and slot them in a way Todd McLellan might be doing, it looks like this:

The top six today, if they had a game tonight, might be:

This isn’t good. Todd McLellan is no fool and this defense needs help now. Peter Chiarelli has added three NHL (or close to) ready defenders in Sekera, Gryba and Reinhart and there are good things on the way. Todd McLellan is focused on opening night and my guess is he’s not overwhelmed by the defensive options.

Is there anyone out there, someone who could slide into the second pairing with Klefbom? Or onto the top pairing with Sekera, allowing Klefbom-Fayne to have a lash on the second pair? I know we’re drunk with defensemen but the Oilers could afford to (wait for it) trade three young players for one very good NHL blue. They just need a partner. Come ON partner!

WHAT ARE THEY LOOKING FOR?

When Marc-Edouard Vlasic was a young man, he played the tough minutes (ZS and opposition) and did it with veterans like Kyle McLaren and Rob Blake (source: Vollman). Oscar Klefbom is not Marc-Edouard Vlasic but he’s a good young defenseman who (in my opinion) would be more useful on a tougher minutes pairing than another year with Justin Schultz. Klefbom’s offense is fine, his defense is what Edmonton needs. Finding a suitable partner for Klefbom might be as simple as attaching Mark Fayne and seeing how they work together. It may also come via that blessed three-for-one, or Peter Chiarelli could sign ANOTHER defenseman before training camp who might be able to fill the role.

So, we’re probably looking at a trade. I’d still bring any of these five guys into camp, I can’t name seven Oilers who are better and the idea of this coming season is turning north. If the Oilers sign Hejda and find a home for one of the expensive 5-6D veterans, is that a sideways more or a good arrow? I very much doubt they’d be going backwards. 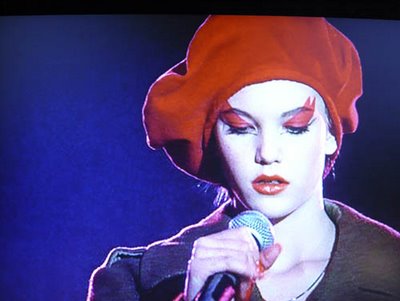 This week is crawling by but we’ll rip through two hours of radio in about 20 minutes this morning. TSN1260, 10am. Scheduled to appear: