Now that the Oilers have a more tradition NHL GM, there are all kinds of possibilities that weren’t out there before. In-season trades to address current weakness (like a goalie or center last fall), minor league player for NHL player, that kind of thing. It also means we should be on the lookout for a pump and dump. 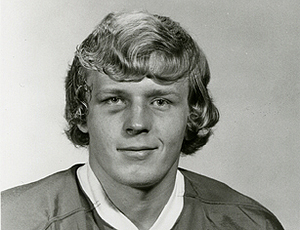 This is Chuck Arnason. Flin Flin Bomber. In junior hockey he was a tremendous scorer, popped 79 goals in his draft season and was chosen No. 7 overall in the 1971 draft. The problem? Montreal took him. At the 1971-72 training camp, Arnason’s competition on RW would have been:

In other words, this was an insane depth chart and Arnason was going to have a difficult time making the grade. There IS a job there though, if you follow “Sam Pollock Logic” to its conclusion. Cournoyer was 27 that season and in Pollock land lots of forwards went missing after 30. Now Cournoyer was a freak (imagine Pavel Bure with a French name) of nature in terms of foot speed, but Pollock was always planning for a replacement and Arnason’s opportunity was right there (maybe No. 2 RW after Lafleur) but about three years away.

Arnason played 17 games in 1971 (three goals), added another 19 in 1972-73 and was off to Atlanta for a first-round pick in May 1973. He would score 20 goals a year for pretty much the rest of the decade and often on poor teams. In the fall of 1973, age 22, Arnason was out as a Montreal Canadien. That fall, Montreal’s RW depth chart (Cournoyer, Lafleur, LaRose) did have a 1971 draft pick in the group—but it was fleet Murray Wilson, who had grabbed employment from Arnason in 1972-73. Don’t feel bad Chuck Arnason, that was an impossible task in 1971-73. 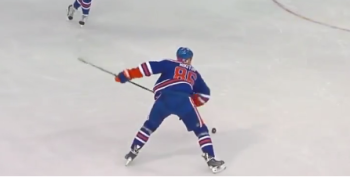 Peter Chiarelli is going to move people. Signings and trades and releases and minor leagues and on it goes. If you think he’s finished, look again at what he did off-season and IN-SEASON during year one in Boston.

Bottom line? Yes they’ll probably look to deal Scrivens and Nikitin and Ference and Purcell during the season, but those are the easy ones—and all bets are off of the names who are performing well if Edmonton is in contention. It’s the second group—the Arnason group—I’m more interested in.

Peter Chiarelli’s name is on Cam Talbot, Andrej Sekera, Eric Gryba, Griffin Reinhart, Connor McDavid, Mark Letestu and Lauri Koprpikosi. He is unlikely to deal quality performers from the McDavid or Hall clusters but there’s a lot of talent outside those zones.

They could be here for a decade or gone by Valentine’s. There’s a new man behind the big oak desk and he’s not attached to any of these kids beyond performance and winning. Life as the Oilers knew it is over. It’s a good thing, but there will be pain along the way.

FEVER IN THE FUNKHOUSE NOW

Every Generation Throws a Hero Up the Pop Charts

57 Responses to "GONE BY VALENTINES?"