Todd McLellan was a helluva get, even if he didn’t bring Brent Burns and Joe Thornton with him. In the coming weeks, we’re going to see the Edmonton Oilers of Eakins/Nelson (plus some additions) through McLellan’s eyes and there are likely to many surprises. One of the things I’ve been thinking about lately is roster deployment and finding similar Edmonton pieces to his Sharks lineup. Let’s start with defense. 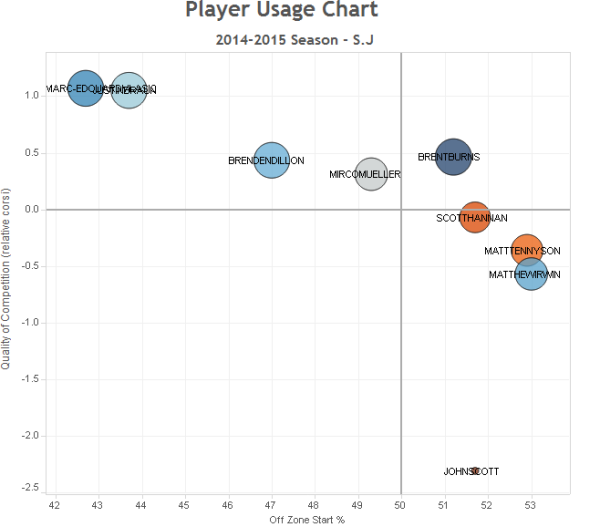 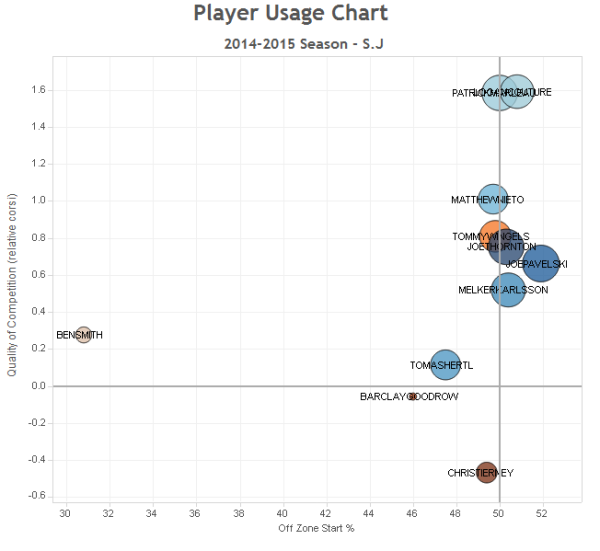 After the rookie camp and Peter Chiarelli’s prospect comments, it’s fun to have another lash at the possible Bakersfield Condors 2015-16 opening night lineup. I’ll go ahead and suggest this team will be stronger than any offered to the good people of Oklahoma City.

I wouldn’t mind tooling down to California at some point this season to see the minor league team. They have historic possibilities.

I'm already having pangs about this being #Oilers last season in Coliseum. My first day in TV was there on 13 October 1979.

The final Rexall season begins tonight at the U of A-Oilers rookies game (I’ll have a GDT up this afternoon). I’ll talk to Steve about this (and other things) Friday morning but the tweet reminded me of the first (several) times I visited “Northlands Coliseum” in my youth. Growing up as a member of the Jehovah’s Witnesses, I saw Northlands (and the Pacific Coliseum) many times during the summer conventions held by that religious organization. In what was surely the cruelest joke of all played on me by life (as a kid, it always seemed I was visiting cool places during non-cool times) I had good seats in summer and snow in winter. I absolutely remember working out where the faceoffs might be and thinking about Rusty Patendaude and Norm Ullman. By the early 80’s I was no longer attending the Kingdom Hall or the conventions, but Lansky’s tweet took me back to 1974 (or so) and the first time I saw Northlands. Parents, if you take your kids to cool places in uncool times, PLEASE make sure to also bring them back for the good stuff. Seriously. It’s a thing.

Everyone is chiming in about Connor McDavid’s point projection now (I was pleased Scott Cullen’s number was similar to mine, he’s very good at these projections) but the truth is there’s so much we don’t know about Connor, the Oilers under McLellan, and this transition season. I have him at .886 points-per-game as an NHL rookie, that’s 73 points in 82 games. One of the problems I have with hanging a higher number on McDavid is the quality of the team around him. The forwards are fine, in fact very good, but the defense is poor and McDavid will be on the ice with some clunkers as things stand. Kane’s defensemen in his rookie season? Duncan Keith, Dustin Byfuglien, Brent Seabrook, James Wisniewski, Brent Sopel, Cam Barker. There are some good passers and puck movers in the group. Edmonton’s issues with passing tape to tape and hitting the exiting forward on the fly are legend, so projecting McDavid—even as I did—could be too strong. We’ll see, he’s a tough projection because he is so very talented. I’d be shocked to my shoes if he gets 85 points in today’s NHL, though. Beware of those projecting 85 points and nice try Mr. Chiarelli but 40 points is too far the other way.

A busy day as we catch up with some of our hockey folks who have been on the move. A day dedicated to getting ready for the training camps, for the Golden Bears—Rookie game, for the McDavid—Eichel season long battle. 10 this morning, TSN 1260. Scheduled to appear:

71 Responses to "THREE DAYS AT THE CONDOR"