Two games and lots of scoring by the centers (3G, 3A) and that’s a nice surprise. The Edmonton game didn’t deliver a boxscore so I’m not sure it’s an official game, but if you see anything please pass along.

Interesting numbers. The Oilers used all twelve defensemen a lot but the AHL D (Davidson, Oesterle, Laleggia, Nurse) all got plenty of time. Based on what I’ve read, the Calgary game had a lot better defensive structure and it looks like Reinhart played well. Todd McLellan mentioned Nikita Nikitin (quote below) but beyond that I’m not sure there was much to say about the Edmonton crew. First game of pre-season, looked like some chaos and missed assignments. They’ll need some Archie Bell and the Drells.

In watching the EDM game it did seem to me that the McDavid line (Hall was hurt mid-third and Leon popped up and replaced Purcell) got a bit of a push. McDavid had the legs and Leon did too, no surprise a veteran NHL coach would put them together. When we talked about Leon going to the wing, the original thought was “right side” and Todd McLellan’s thoughts below reflect that line on thinking. Where does this put Nail Yakupov?

We’ve talked about this before, and I received considerable push back. The reality is that we’re early days, Draisaitl may still end up in Bakersfield. However, the more you stare at the roster without Leon and then imagine his size, speed and passing ability, I’ll bet money the new coach is arguing for him behind closed doors. Where does that put Nail? Possibly a tough spot, but McLellan likes offensive players and Nail has many unique qualities. He’s a rugged winger with a hammer and the Oilers don’t have many shooters on this team. He made a subtle little play on the Leon goal, bet McLellan noticed it as much as the goal. The real play here is to deal Purcell. Today.

What a fabulous pass by McDavid, he was splendid all over the ice last night. I think we’re going to need some new words to describe him, folks. Subtle little pass to Leon and he’s in alone, took about .025 of a second. It was a flick, really. He also seems to be in the right spot a tremendous amount, probably because he’s always moving. This is a young player, but he can forecheck, backcheck, pass like a demon and oh my that pass to Leon.

THE RAILROAD DON’T RUN NO MORE

In the moments after Darnell Nurse fought Mount Smith, the camera caught Bob Hartley saying goodbye to at least a little bit of the Flames intimidation game. It’s been hammering the Oilers senseless since CFP left town and it’ll take a lot more than two rookies fighting in a pre-season game to make it go away. I don’t condone fighting, it will be a good day when it’s outlawed, but the Oilers are going to need to stand up to Calgary if they’re going to pass them—and last night, they started as they mean to go. 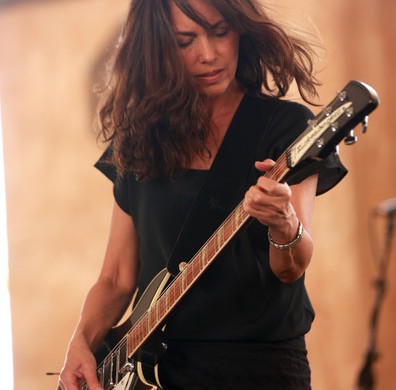 A rocking show this morning, hope you can join me and Lt._Eric. 10am, TSN1260, scheduled to appear: