The Oilers have gotten themselves down to a manageable number by running “A” and “B” rosters for the rest of camp. According to Todd McLellan, you’ll see a some from each side tonight if you’re heading to the rink (and you should go early, security takes a little longer now for the crowd to get in).

I think Reinhart wins the day. He has a year on Nurse and the club probably feels the Klefbom treatment (48 games in the AHL at 20) is the better way. I still think Nurse is on this team sooner than later. We wait. I published this at ON last night, but here are the defensive fancy stats for the @Calgary game on Monday night—they are sorted by Corsi for % 5×5 and put the Nurse—Laleggia pairing in a positive light (and they adore Klefbom—Schultz):

One game in, barely a mark on the page. Still, it’s something to keep an eye one as we move forward this pre-season. I have to say the Schultz number is eye-popping stuff.

Among the men on this list, I’ll suggest Brossoit, Davidson, Nurse, Oesterle, Yakimov, Slepyshev and Pakarinen have the best chance of spending extended time in the NHL this year. It’s interesting to see a new coach come in and assess things in his own way. Todd Nelson and Dallas Eakins both used Iiro Pakarinen as a Baron and Oiler, but McLellan hasn’t used the young Finn much. Could be injury, but it’s also true the faster prospects like Miller are getting the push under TMac.

I think we’ll see a trade, probably sooner than later. The questions are “who goes?” and “who are they making room for?” although “where?” is also an interesting item. I think Nikita Nikitin is the obvious candidate to go, although Brandon Davidson may be dealt before the waiver crunch. Davidson is also a candidate to make the team, along with Griffin Reinhart and Nurse. If I were to guess the opening night roster on defense, this would be it:

I think that RH side needs an upgrade and do believe Peter Chiarelli will be aggressive. One thing I’ve noticed so far—Fayne and Gryba have a lot of the same qualities. It’ll make it tougher for TMac to mix and match his defense (going to need two puck movers LH side). Something has to give, maybe the deal looks different than we imagine. 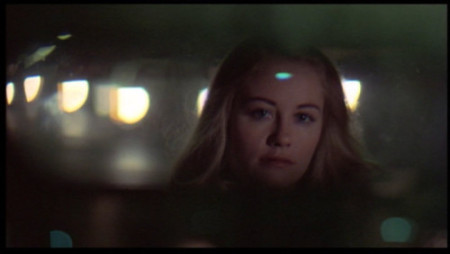 10-1260 text, @Lowetide on twitter. Lt._Eric rocking the tunes, a chance to win the WGTL No. 6 and maybe the Oilers will trade a defenseman to Boston this morning. I’ll post the rosters when they’re final.