In these days where the chem lab works 24-7, it’s interesting to see who gets the McDavid push and how well each player has performed so far this year.

It looks like Todd McLellan saw what the numbers indicate, as the practice lines yesterday reflected the chemistry between McDavid and Yakupov and we may see them run with Pouliot tonight in Dallas.

The idea of being too fine offensively isn’t a new one, and McLellan’s San Jose teams (and Craig MacTavish’s Oilers teams) are good examples of teams who could score with finesse and under duress. The brilliant blog Oilers Nerd Alert wrote something that dovetails nicely on today’s subject:

The Oilers forwards have to do more of the dirty work and both Pouliot and Yakupov—McDavid’s new linemates—have a bit more edge than some of the other young wingers. Pouliot is an agitator, and Yakupov, aside from being a fire hydrant on skates, has a little of the disturber in him, too. I look forward to seeing how they shine.

Thanks to the @EdmontonOilers for coming out and cheering us on to victory! #ComeTogether pic.twitter.com/Drk7346AnD

The Oilers get together with the Blue Jays, Toronto’s season turned on the Oilers attendance in G3, maybe there’s some good vibrations coming the Oilers way.

The 2010 draft isn’t over yet. Taylor Hall continues to ramble on in Edmonton, Martin Marincin is top 6D in Toronto and Brandon Davidson plays his baker’s dozenth game tonight in the shadow of the Modano.

Someday he’ll be known as the man who was traded for Liam Coughlin, but for now we’re wondering if he can play as well in the regular season as he did in exhibition action. A fun goalie to cheer for, hopefully he ruins Tuesday for Texas.

From The Reporters: Is the pressure taking its toll on McDavid and the Oilers? http://t.co/n9pzT3YDVr #TSNHockey pic.twitter.com/ZwnAuYP6tf

Lots of crazy tweets and thoughts on the Al Gore about McDavid (and Jack Eichel) these days, I encourage you to remember the people who attempt to cast doubt about the future of any 18-year-old. I assume there’s a special place in hell for these people.

Connor McDavid is fine. He’s actually doing damned well, and the team is performing at a solid level considering their opponents (and they’re on the road):

Just re-watched Oilers-Preds to grade scoring chances. Oilers outchanced them 13-11, but 7 Grade A chances for Preds, just 5 for Oilers.

I don’t agree with David’s errors counts (nothing personal, just don’t believe anyone can take out the bias completely), but he’s extremely accurate (I have found) on the scoring chance count. The Preds story as described here matches the eye test, as two errors (Sekera and Zamboni Door) sunk the effort.

Which is not to say the Oilers are free of the bad times, there was in fact significant running around—especially later in the first period of the NAS game. As McLellan said early in training camp, every team has low points and chaos moments, the trick is to cut down on those moments.

By eye and by Corgi howl (hockeystats.ca says 5×5 Corsi for % was 47.67% against St. Louis, 51.9% against Nashville) this team does appear to be in more of the game than in the past. Iron out the wobbly bits, the running around in their own end like a chicken recently removed from its head, and things will eventually start going in a good direction consistently.

The Oilers overall 5×5 Corsi for % this season? 82-83, 49.6%. That’s on the road against two quality NHL teams. If the power play had been any damn good, maybe Edmonton has a point or two this morning. It’s a marathon, not a sprint.

Connor McDavid is out of his mind. He just went coast to coast in like 1.4 seconds. Cannot wait to see him in person. HOCKEY!

I think that will come with chemistry and experience. McDavid doesn’t have a feel yet for who can get it to him in the right spots and frankly Edmonton has one guy (Sekera) who has proven NHL ability in that area. If Justin Schultz can make that tape-to-tape pass to Connor McDavid with 97 not breaking stride? Schultz could get 40 assists in a season. 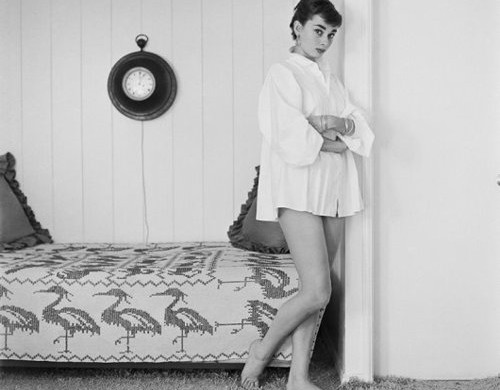 A very busy morning, as we try to stuff two days worth of great guests into one morning. Scheduled to appear, starting at 10, on TSN 1260: