Last night the Edmonton Oilers lost their fourth in a row and no longer have to worry about a poor start—they’re already there. Todd McLellan is a veteran coach and I’m sure he can see what the shortcomings are, but Peter Chiarelli invested in three defensemen (Andrej Sekera, Eric Gryba and Griffin Reinhart) and they aren’t enough. The season was all about seeing progress and the breakouts looked better for most of last night’s game. Barring a trade, and that’s the ticket, I’m still hopeful we see the following changes:

These are themes I touched on this summer: here (point No. 13), here (point No. 1) and here (point No. 5). Schultz has shown in the last two games that he is what we thought he was: A skill defenseman who simply isn’t a good passer. I know many of you don’t feel that way and it gives me no pleasure in saying it—in fact, I feel like it’s picking on him unnecessarily. That said, it’s true. Schultz is somewhat unique, in that he has all of the skills one associates with an expert passer, but is in fact poor at the discipline. Meaning the Oilers have ZERO right-handed blue who can pass that damned puck! Move Sekera over, or Klefbom. It’s the right thing to do.

It’s far too inexperienced and they’ll get killed. That said, there’s a puck passer and mobility on every pairing, and at this point there’s no real reason to keep running Mr. Gryba out there to wave lanterns at runaway trains.

THE CALL IS COMING FROM INSIDE THE HOUSE!

A lot of things here, but I also want to send you to a fabulous post by G Money on evaluating defensemen. Very interesting read, recommend it.

I thought he played his best game last night and was shocked to see he played only 5:58. I seriously believe Leon Draisaitl should be in Edmonton, and have suggested in the past Slepyshev should be the guy to go. Scratch that. He needs to play more but for me that was an effective winger last night. I’ll have more on the forwards at five this afternoon.

What a beautiful, fantastic photograph. I am in complete awe of the person who took it, capturing a moment in time perfectly. It has the ‘feel’ of old photos with a haze in the distance but the subject is clear and perfect and in classic pose. I’m sure the photographer loved it the moment he or she saw it, and I’ll never know who did it, but thank you so much for being there and taking it. Awesome. 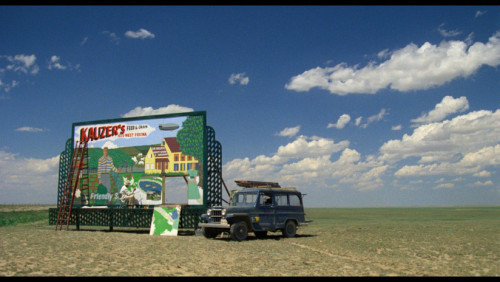 10-1260 text, @Lowetide twitter. Friday, with weekend games against the Flames and Canucks! Yeah, we should talk at 11.

OUR LONG NATION NIGHTMARE IS OVER