Peter Chiarelli had a busy summer (seriously, despite what you’ve read) adding prospects and flushing suspects. It’s a culling that must be done, but there’s no guarantee the new hires will be good and those trifling rejects rarely cooperate and take up dealing cards at the local casino. How are things going?

I’d say Boyd Gordon is a guy Edmonton might find useful these days, although foot speed badly needed improvement. If Anton Lander and Mark Letestu can win faceoffs and the entire group can PK, the nine men sent away won’t be missed this season.

ARRIVING ON THE TOP 50

I’m pleased with the goaltending early, willing to be patient with the defense (especially Sekera who is improving each game) and over the moon about Connor McDavid (although Chiarelli and friends don’t receive extra credit for successfully avoiding a ‘Robin Kovar moment’ at the draft). The veteran forwards added are still making an impression and really it’s early days for all nine men.

#Oilers make it a clean sweep of Pacific Division arch-rivals with a 2-1 OT win tonight in Vancouver! #EDMvsVAN pic.twitter.com/MDqCxGBTn1

Oilers fans are going to be the most obnoxious winners and it will be fantastic!

BLUE IN A BOX, LAST NIGHT 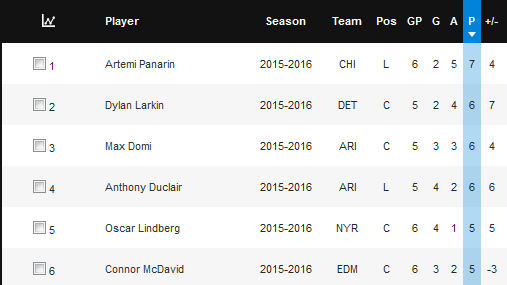 CENTERS IN A BOX, LAST NIGHT

WINGERS IN A BOX, LAST NIGHT 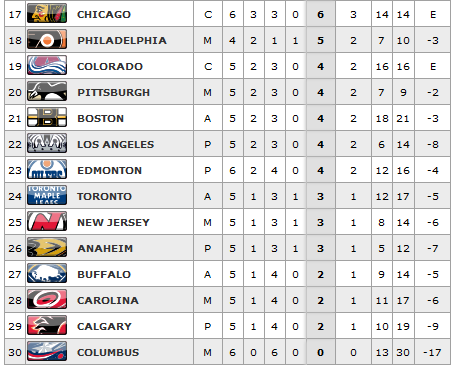 Suck it Calgary. I really like the dash four next to the goal differential, that’s a beautiful sight. The Oilers have three games at home this week, against substantial opponents. Can they win two of three, putting their record at 4-5? It’s going to be a far better week than we feared, those two wins on the weekend were mammoth for the fan base and I believe the team, as well. Much respect for Todd McLellan today. If there’s one word that describes him behind the Oilers bench, it’s communication. He’s encouraging, instructing, calming, but he’s most of all communicating. 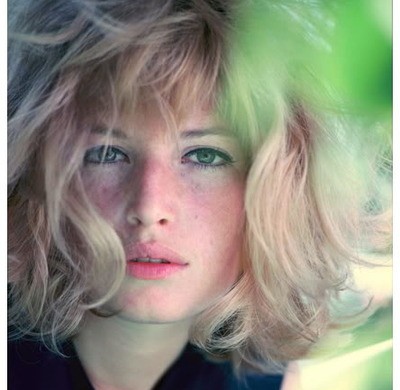 A busy and fun show on the way. 10 this morning, TSN1260 and scheduled to appear:

CHIARELLI’S OILERS: HOW ARE THEY BRUIN?