The Edmonton Oilers are 3-6-0 and headed into Lemaire Valley tonight, where entertainment goes to die. Expect the trap, the dredge, the sewer and the skunk. What good can you expect? Todd McLellan will have his team prepared, McDavid will do something incredible and we get to see the future on defense.

The #Oilers have recalled d-man Darnell Nurse from the @Condors and placed d-man Griffin Reinhart on IR. pic.twitter.com/g2Vah7whxC

Nurse is up, no word on whether or not he’ll play. We know for sure (barring another injury) that Oscar Klefbom, Andrej Sekera, Mark Fayne and Eric Gryba will play. After that, there’s two spots for three blue (Andrew Ference, Brandon Davidson and Nurse) unless they decide to dress 7D and that’s possible.

That’s an attempt to drive some readers crazy. We wait.

"He did an admirable job last night." Coach McLellan on @IPakarinen's #Oilers season debut, 6:10 with a shot, a hit and a blocked shot

The shot came early on (I replayed the game, that 4line didn’t get a lot of time) and maybe he can build on it. Honestly, the bottom six forwards haven’t established themselves as something the viewer can count on, but maybe that’s McLellan’s style. Mark Letestu (9GP, 1-2-3), Lauri Korpikoski (9GP, 2-1-3) and Anton Lander (9GP, 0-0-0) are the most prominent sixes and sevens and nines, hopefully we see some consistency on the 3 and 4lines. Devan Dubnyk (knee) may not start and their backup played like the hero in Neil Young’s Powderfinger in their last game (“face splashed in the sky….”). 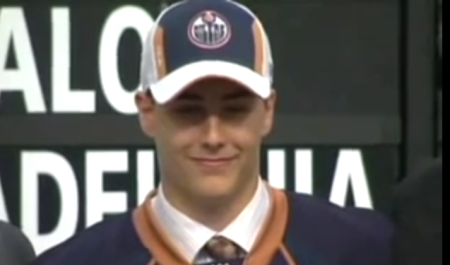 The Oilers remain ahead so far (Jackson Houck wasn’t signed so drops away) but young Zykov’s start makes things interesting. I like the chances one of Slepyshev, Yakimov or Platzer making the NHL, and still think it’s one of MacT’s best moves.

If the Oilers stop trading defensemen they’ll eventually get out of the hole. Which brings us to Justin Schultz. Tonight will be an excellent opportunity to see the team without their puck-moving blue on the RH side. Will they be better? Don’t know. Schultz is fast and he has a lot of things that make him go, but there’s a tremendous amount of chaos there every night. That said, your RH side incumbents tonight are Mark Fayne and Eric Gryba, two of the best ‘chop it square’ blue in the business. Challenge tonight.

I love hearing McLellan talk about where the group is now, it gives us a timeline for success. If we listen to McLellan, it’s easy to suss out the team on the ice and their current level of ability.

When I was a young broadcaster, my program director’s would go over airchecks and say ‘be yourself’ in terms of style. Here’s a problem: That doesn’t really mean anything to someone who is 19.

The first guy to give me something I could use was a man named Gerald, and he was extremely specific. He had a giant Cadillac, and drove me to one end of Gaetz Avenue in Red Deer, turned the car around and said “tell me what you see, broadcast what’s in front of you.” I gave a weather report, pointed out the apartment I lived in, commented on the smooth ride of the Cadillac and by then we were at the other end of Gaetz Avenue.

Then it was his turn. He was incredible. He said “there’s no McDonald’s in Red Deer, I wonder if there’s another city in North America with 50,000 people in it without one. Do people ever wonder about the downside of living in a small city midway between two big cities? That might be one of the negatives. The brewery smells so bad, I wonder if restaurants nearby are less popular? Capers might know, I wonder if the north side is less busy than the south? My wife keeps telling me Bower Place is the best mall, so why is Parkland’s parking lot always full? Is it because Red Deer prefers Mark’s Work Wearhouse to The Bay?” On and on he went, it was insane. I probably learned more about broadcasting in that half hour in the Cadillac with Gerald than I’ve learned before or since. Specific, news you can use, he turned my gobbledygook into words so specific they could have been pulled from a Chuck Berry song. The words went from “dip-dip-dip-dip-bum-mum-mum-mum” to “they furnished off an apartment with a two room Roebuck sale, The coolerator was crammed with TV dinners and ginger ale” in a heartbeat. I think that’s probably McLellan’s gift, too. “Be yourself” doesn’t mean one goddamn thing, but specific instructions, drilling it into them, knowing the moment by rote, that’s the ticket. Fact: These kids don’t know defense, if they did they would be better at it. 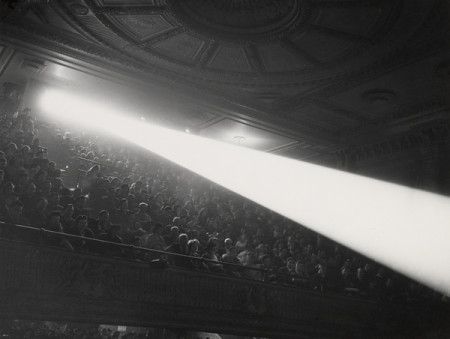 A busy and fun show this morning on TSN1260, beginning at 10. Scheduled to appear: