At some point this morning, the Oilers will practice and twitter will reveal the McLellan plan. Last night, this blog, twitter and foolscap all over northern Alberta spent too much time pondering combinations. Hall—Nuge—Eberle? Pouliot—Nuge—Eberle? On it goes.

Caveat being Eberle, if he isn’t completely ready then I keep the Hall, Nuge, Leon trio together for one more bus tour of the south and a greatest hits album. In truth, I hate like hell the idea of breaking up the 1line, secretly hope McLellan figures a work around.

Seven weeks puts us at some kind of crazy, beautiful New Year’s Party at home versus the Ducks of Long Beach. He would miss 25 games, but I’ll bet on McDavid to win the Calder if he gets into 50 games or more. One suspects he’ll heal like a hero and we’ll be cheering him on at Rexall in short order.

That’s kind of his style, man. Mark Fayne isn’t about the lumber, he’s about the glove. I understand there’s all kinds of excitement about the young defense and their splendid performance against Philadelphia, but history suggests starting three rookie blue (and a sophomore) among your top six isn’t a great plan unless one of the kids is named Bobby freaking Orr.

That’s Mark Fayne right there. He’s not 35, hasn’t suffered a career-threatening injury or joined the Jehovah’s Witnesses. He’s a useful player, and I can’t see him sitting for a long time. Edmonton will either find a way to get him back into the lineup (traditionally this happens after a loss) or Peter Chiarelli will trade him. Despite those poor offensive numbers, Fayne has value as a defender and should fetch something of value. The question is: Should the Oilers unload one of their very few veterans on defense? I think the answer is no, but we’ll see. The last time I saw this many kids arrive with the potential to start, it was Toronto after the Stanley’s trying to bring in a plethora of young D (Jim McKenny, Jim Dorey, Mike Pelyk, Ricky Ley, Brian Glennie, Brad Selwood).

When the Leafs were developing those young defensemen, they had veteran goalies for support. Johnny Bower, Bruce Gamble, later Bernie Parent and Jacques Plante for a time. Edmonton doesn’t have established goalies, having chosen to go with a less proven (but bona fide) option in Cam Talbot. The first month of Talbot in Edmonton looks a lot like Ben Scrivens first month a season ago:

In November of 2014, Scrivens fell into a well even Lassie couldn’t find, going 8GP, 3.84 .878. That can’t happen for Talbot, this month will be important for the two goalies under contract. By the way, even with that terrible November (it cost Dallas Eakins his job as coach, and as it turned out MacT’s job as GM) Edmonton’s management did not give up on Scrivens. I believe it was the four April performances (4GP, 5.49 .800) that sealed Ben Scrivens fate. 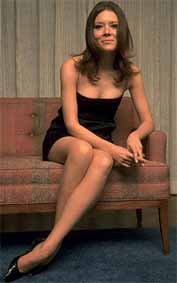 A fun, busy show with some great guests, this morning at 10 we back out of the driveway. Scheduled to appear, TSN1260:

POWER AND THE GLORY

142 Responses to "IS THERE ANY WAY OUT OF THIS DREAM?"