The day he was drafted, Oilers fans agreed it was great to finally have a ‘big, skilled 2C’ in the system for the first time since Jason Arnott. One year later? He’s moving down the depth chart, but he’s innocent—with an explanation.

The Oilers spent decades without drafting a quality defenseman. Their (drafted) franchise Top 5 in GP gives us a good indication of when the club was having success: Paul Coffey (1409 NHL games), Kevin Lowe (1254), Tom Poti (824), Steve Smith and Jeff Beukeboom (both 804 games). Wow. The best defenseman in GP drafted this century? Matt Greene, 589 NHL games and counting. The No. 2 slot on the Oilers list has delivered some very good players, including Jordan Eberle, Andrew Cogliano and the three defenders from 2012-14 should have successful careers. Will Leon be the best center on that list when all is said and done? I think he will. 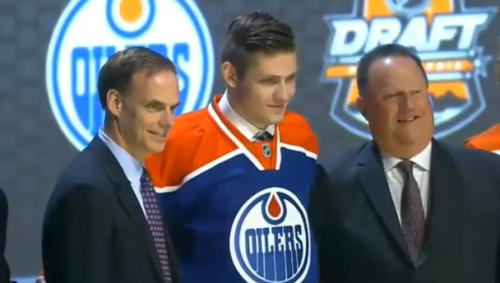 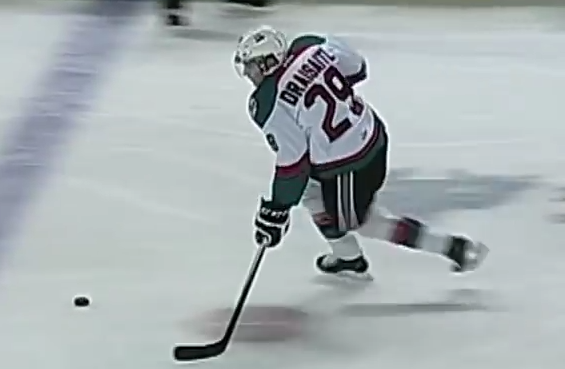 "I think he is just a bit ahead as a professional right now and he is a natural winger." Chiarelli on Slepyshev over Draisaitl. #Oilers

Lots of unsustainable here, Leon’s shooting percentage is not going to stay at 23. Still, the goals he is scoring are from big opportunity spots, so the market correction may not be as severe as history suggests. He’s a sublime passer, I think Draisaitl ends up with a large number of assists if he plays on a skill line.

When everyone is back healthy, I do hope Leon and Lander get some time together. Suspect there may be something in that duo. 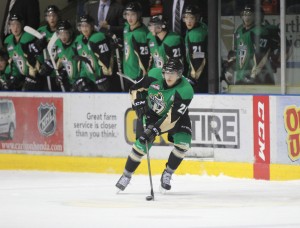 Leon’s hour with the rockets was very productive and we may see him playing up over the next few weeks. Leon’s obvious skills make him a strong option for C, but I’m loving that great big paddle on RH-side with those saucer passes coming early and often. Joe Pavelski, indeed.

Another assist for Leon Draisaitl. He's got 6 points in 2.3 games. #Oilers

Leon Draisaitl earned his way onto the roster, but Edmonton’s management had some cap issues and probably felt getting Griffin Reinhart at-bats was more important long term (both have massive cap bonuses). Leon strikes me as the kind of fellow who will work day and night to overcome obstacles and establish himself, and that’s exactly what he’s done so far in the NHL this season.

I think the Oilers are uncertain about how to use Leon, and there’s a chance—however slight—he’s the man moving on for help on defense. The temptation has to be high for Peter Chiarelli, but I’m hopeful the management stays the course. Skill feeds skill, and Leon’s golden passes could feed 100’s of Oilers goals rolling out over the next decade and beyond.

It’s quite unusual—especially in the modern era—to have three impact centers. Back in the olden days, Montreal had a secret weapon behind Jean Beliveau and Henri Richard (Ralph Backstrom) but the Pittsburgh Penguins of Crosby, Malkin and Staal is the most famous this century.

I don’t think this Oilers trio works, really. All three are substantial offensive players, and in order for this to work Edmonton would need six wingers who could either push the river or thrive in a complementary role. I think there’s a chance, despite his size and skill and the fact he’s a center, we see Leon play the wing for major portions of his early NHL career. This is not a checker, and three scoring lines belong in the unicorn division. 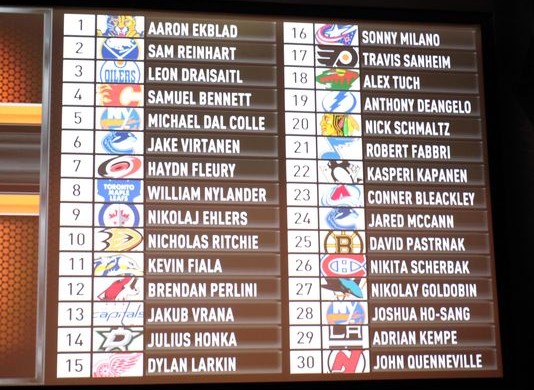 When I was young, my favorite hockey player was Frank Mahovlich. Despite being a wonderful player, ‘Big Frank’ was often criticized by fans (and Punch Imlach) for inconsistency. The phrase ‘don’t wake up Frank’ was a thing, partly because The Big M’s size and stride made him look slow and plodding. The truth is Mahovlich was  a very good skater and highly skilled, and because of Imlach’s ridiculous and juvenile treatment (often called him Mala-hovich) I think this player never got his due.

Big men often look slower, we see them skating but it doesn’t look like there’s a lot of effort. Long strides are effective ones, and Leon Draisaitl can absolutely keep up with the fast trains on the Edmonton Oilers. He does not have McDavid or Hall speed, but there’s about 650 NHL players who are just as guilty. Draisaitl’s straight away speed is very good, and his first-step quickness has improved to my eye.

I hope Leon doesn’t spend a Mahovlich lifetime having to endure criticism for something he is not (slow). He’s a good skater, better than we first saw him. In my experience as a hockey fan, young men who identify weakness and close it off are destined to become very successful. Leon Draisaitl appears to be that rare combination of hard, determined worker and genuinely gifted talent. In an era when diamonds fall from the sky each June and land in our city, it would be easy to overlook the big man from Cologne. I believe it unwise to do so.