At 6-12-0 and now alone at No. 30 in the league standings, the Edmonton Oilers once again stand at the foot of the ‘TURN NORTH” sign. It’s the same corner they saw in the early days of Laddy Smid’s career, in November of Sam Gagner’s rookie season, in January of 2010 when Daryl Katz uttered ‘rebuild’ and it was heard as ‘dive!’, and on it goes.

Korpikoski could play tomorrrow, but #Oilers would need to make roster move. If 28 plays, Lander could be healthy scratch based on lines.

The Oilers have a few veterans who will be coming back soon, Korpikoski is close and Justin Schultz isn’t far away, either. I think we have tonight’s lineup surrounded.

Despite Connor McDavid’s injury, those are two solid offensive lines and could be good possession trios of note. Purcell makes smart plays all over the ice (his issue is speed, not smarts) and Leon is going all Jean Beliveau on people’s ass of late. If Jordan Eberle can play at his normal level, we could see some firepower at evens from this group. Yakupov’s offense probably comes on the power play tonight, if it comes. I’m not sure Anton Lander even makes the lineup, although I’ve listed him here over Andrew Miller.

The top two pairings look set, still wonder about that third duo. Davidson is the one guy in this group I think most of us want to see a little more, so that’s not a bad thing. For the amount McLellan rolls that 4line, I wonder if they should just dress 7D.

Anders Nilsson gets the start tonight based on reports, but I think Talbot is the goalie to watch this season. Edmonton needs a goalie who can play 50 games a season and make his mark as a clear No. 1 (Nilsson or Laurent Brossoit might be the backup beginning next season). This is important because Peter Chiarelli needs to solve some of the problems on this roster in 2015-16, allowing him to drill down on one or two issues next summer. He added Talbot, Nilsson, Andrej Sekera, Griffin Reinhart, Eric Gryba, Mark Letestu and Lauri Korpikoski last summer—some of those bets need to pay off for Edmonton this season.

Great story. Unlike Darnell Nurse, who many of us felt would be one of the six best (easily) Oilers defensemen, Leon’s rookie season made it less obvious he would slide in and perform:

Well, you can’t get more accurate than that! One thing that’s true: Chiarelli and McLellan didn’t have a handle on Leon (or Darnell) so it took them extra time to suss out what they had in the youngsters. I’d love to know how much of those late TC roster moves have to do with performance assessment and how much had to do with input of those in place. I have a feeling Peter Chiarelli and Todd McLellan are just now realizing the calls are coming from inside the house. I wonder what PC thinks about trading Marincin now, and about the overall assessment of the minor league teams/European assets.

OILERS BLUE IN A BOX

Three different sources here. BTN for the first three columns and the Rel, HockeyAnalysis.com for the Corsi For % 5×5 and War-on-ice for the final column.

Klefbom’s numbers are improving in most of these areas, and his offense this year has been a revelation. Those blasted assist counters in Sweden (the Frugal family) obscured the man’s offense. Oscar is also improving in the possession numbers and his Fenwick is at about par compared to last season. Recent pairing with Mark Fayne seems to be working, but they’ve played only 60 minutes together at 5×5.

Dreger, asked if there's a trade market for Mark Fayne: "There might be. I'd like to say yes, but I don't know that to be sure." #Oilers 1/2

Good to see Brandon Davidson draw in, I honestly don’t know if he’s a real live defenseman or running some major luck, but it behooves the organization to find out before proceeding. Based on his play, I don’t think there’s any doubt he won’t see the waiver wire.

Nurse brings some nice offense along with wheels and physical play, man he’s a fun player to have on our side. Andrej Sekera has had some wobbly bits, especially early, but I’ve liked him overall (all Oilers D have endured difficult moments, no doubt about it).

I like the current top four better than anything we’ve seen this season. Todd McLellan appears to have four men he can count on.

I have, and remain, convinced Mark Fayne is easily one of the four best options for Todd McLellan. Based on his projected lineup tonight, the coach (and Jonathan Willis) agree. I know many who read this site and run their own analysis disagree and I do think it’s an interesting discussion. Do you believe Mark Fayne is one of Edmonton’s best defensemen? Yes. Yes I do.

I know, I know. Things are looking up for the Oilers. But man, looking at their record through 18 GP each season… pic.twitter.com/CPhS0zRfDK

Good Christ. m g you’re killing me. And I agree, it’s an abomination. That said, this is a playoff team in very important places. Please baby Jesus, send us a strong goaltending performance this evening? 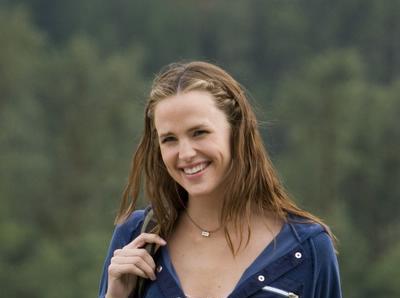 OILERS TO DO THE RIGHT THING FOR DRAISAITL, OILERS

THE DEVELOPMENT CURVE
(IS THIS THE WAY TO) YAK CITY?