It’s rare for NHL teams to trade top five overall picks before those players establish their level of ability at the big league level. There’s significant risk in dealing away these players, but it’s also true that the drafting organization has already made the call on the player’s long-term potential. Consider the last 10 seasons: Griffin Reinhart (2012); Nino Niederreiter (2010); Brayden Schenn (2009) were the only men dealt before seeing significant NHL time. Two from the Islanders and one part of a blockbuster deal via Los Angeles. It’s a rare thing, but there’s also a hint of ‘bloom off the rose’ in all three cases. These are the facts as we know them as Griffin Reinhart enters his Oilers career.

Very similar to the previous list (Cogliano, JFJ, Schremp) with Theo Peckham thrown in for good measure. Khaira, Pakarinen and now Reinhart have much of their story still to be written, but if you look back at Alex Plante in 2008—that’s one of the big reasons Edmonton’s defense is poor. Major miss in 2007. 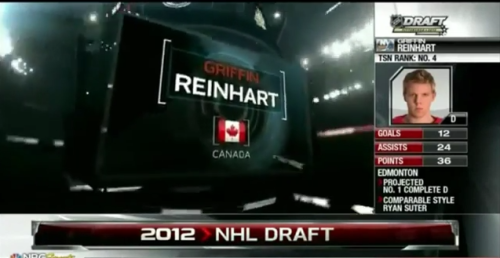 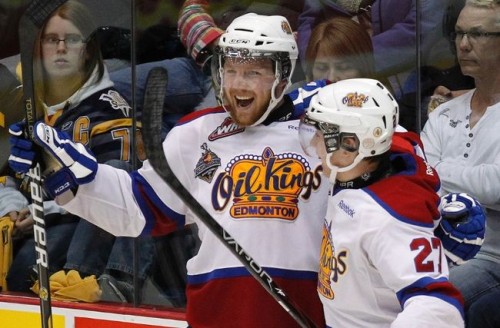 Nice job by Griffin Reinhart not backing down to Jonathan Toews in front of the net. 2-0 Chicago after two. #yeg #nhl #oilers 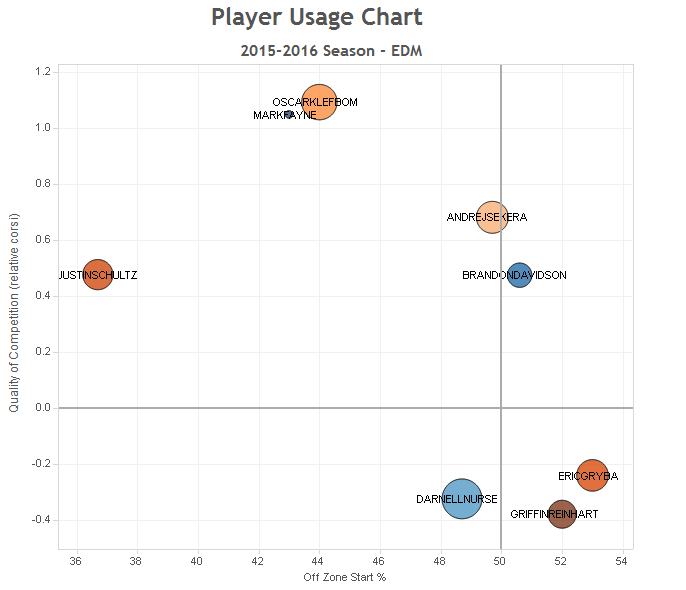 Griffin Reinhart is a former No. 4 overall selection who has some impressive things on his resume. His junior career was outstanding, and the Megan Richardson report above gives us a glimpse into what he might become at the pro level. He is not that player now, and will need some time to establish himself in the NHL.

One thing that will make his transition to the NHL more difficult: Darnell Nurse. He and GR arrived at the same time and Nurse is a better player across all the disciplines (or appears to be). Reinhart has had an injury early in the year, further complicating things.

Long story short: I like Griffin Reinhart as a prospect. I don’t think the Oilers needed him this year because his skills are duplicated (and exceeded) by Darnell Nurse. He may also face competition from minor leaguer Brandon Davidson, who is proving to be surprisingly useful this autumn.

While those things are interesting, that doesn’t have anything to do with our conversation here. Reinhart is a very valuable young player, and his future probably involves several years as a productive NHL regular. It’s not certain that future will be in Edmonton. 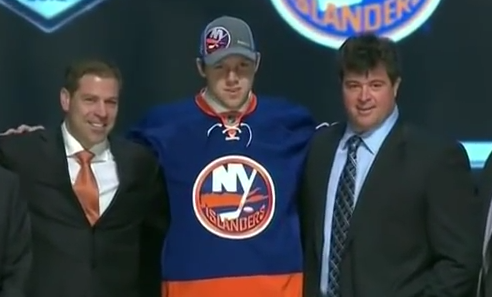