On the night of November 30, 2013, Laurent Brossoit stopped 30 of 31 shots and backstopped the Oklahoma City Barons to a win. Since that night, he has been the great goalie hope for an organization—and there’s good reason to believe—that has consistently shown an inability to grow their own goalies. In over 70 AHL games and one in the NHL as a member of the Edmonton organization, Brossoit has supplied consistent play in a position of extreme weakness. We are likely less than a full year away from his NHL ascension.

This is an interesting view of the last 10 years, and includes some good players taken outside the first round. Greene, Gilbert and Brodziak have enjoyed solid careers and Colin McDonald took forever to get there but he grabbed two seasons worth of NHL pay, too. Later seasons and into this decade sees disappointment or ‘too soon to know’ prospects, some fun players (Reddox, Omark) in the group in later years. 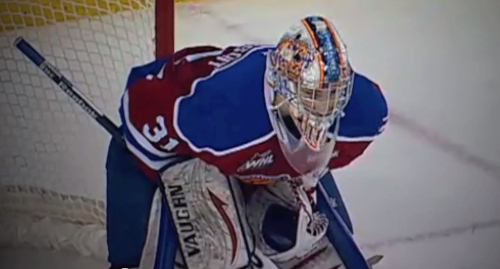 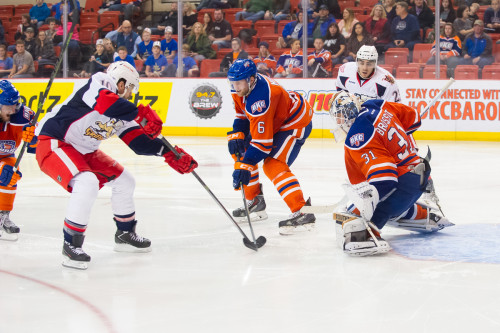 "LB was outstanding. I'm happy for him with the way he played, but disappointed he didn't get the support in front of him." – Coach Nelson

I know it's really early, but I might have to apologize to MacT about Brossoit.

BROSSOIT AS AN AHL PLAYER

I asked this during the game but didn't get any traction…. But would Brossoit be considered for the McDavid young stars team?

Most of the online minor league sources for goalies I’ve read are actually crazier than the position itself, so there doesn’t appear to be a credible source to ask Erin’s question. It is an interesting idea, and Brossoit’s save percentage has him tied for No. 1 in the world’s best minor league.

The Oilers don’t have to make a decision on Brossoit this or next season, if I’m reading the CBA (Article 13, 13.1-13.4) correctly it’s four years after turning pro that waivers hit for the goalies. My thanks to speeds and Bruce McCurdy for identifying this information.

It may not come to that, Brossoit could force his way onto the roster later this season of fall 2016. Goalies are extremely difficult to project, so making any kind of strong statements about arrival, workload or performance levels seems inadvisable. He has 10 fingers and toes, knows how to put the equipment on and the video suggests he’s bona fide. After that, the answer is blowing in the wind.

One area that may give Brossoit an edge over one of Talbot or Nilsson next season? Contract and cap hit. His base salary is less than $700,000 according to NHL Numbers, meaning he can be renewed next year at well under a million. Source

The 2011 draft is in its fifth year and we appear to have it surrounded. Nuge and Klefbom should be major pieces of the future and Rieder looks like a helluva player, although not in Edmonton. Musil, Simpson and Gernat are in the AHL and working toward their future levels, I’d guess Musil has the best chance of an NHL career and Gernat may well be out of the organization come the spring. Brossoit of course isn’t from the Oilers draft but could become a useful player and lessen the Rieder blow.

The scouts delivered in the first round (Nuge, Klefbom) and added a Rieder kicker. Stu MacGregor is down the line so it doesn’t matter now, but the scouting group did find some value outside round one in 2011. Not signing Tobias Rieder was the final failure of the Steve Tambellini era and there’s little doubt the current Oilers could find room for him. He is especially effective on the penalty kill, something not lost on this fan in what is quickly becoming a century of ironies.

The author didn‘t add any Information to his profile yet.
Related Posts
IIRO, TOBIAS AND THE 2011 ENTRY DRAFT