Have you ever stayed up all night, waiting for the sunlight? It is cold, lonely, still. There is no quiet I have ever known like the pitch black of 4am in Saskatchewan, alone with the coyotes and the loons. Since 2006 summer, in a very real way, the Edmonton Oilers have been in an endless loop of 4am Saskatchewan, with the loons and coyotes and the crazy. Today, this morning, I think we can see the first rays of sunlight catch our eye. It is morning in the north country. It is long past time to be going home.

The young Oilers are on a three-game winning streak and these are good times for fans. Do not plan a parade, but you are free to wear your Oilers jersey in public and snicker at the Canadian teams in Calgary and Toronto.

It comes down to this: After that crazy road trip (0-4-0) to start the season, Edmonton is now 11-11-2. Music! Music? Well, music drifting in the window, just barely audible. Okay! Faint music!

Edmonton is No. 25 overall, tied with Carolina, and three points out of the playoffs. The team they are chasing has the same goal differential and Edmonton will get that crazy McDavid line (Yak, Poo) back in the coming weeks. Orly, we’re turning north!

Taylor Hall scored 2 points to help Oilers win 4th in 5 games: "We are getting closer and closer to where we want to be." #oilers #nhl #yeg

Oilers Taylor Hall after 4-2 win over Sabres: "It's important for us stay in the race. You never know what can happen." #yeg #oilers #nhl

Todd McLellan likes this group. Know why? He rolled them evenly. Either that or he didn’t fear any matchup Buffalo could send over the boards (and that could be true, too).

I think we may see this group of D for awhile, and wonder how many games Mark Fayne has left as an Oiler. For me, he is a veteran NHL defenseman and one suspects he will play a long time in this league. Doubt it is in Edmonton. I also wonder about Eric Gryba long term, you can see what McLellan is doing with mobile defensemen who can both stand up at the blue line and scoot back for retrieval. I think that is the template and Fayne, Gryba and Reinhart possibly don’t fit that bill. I am not sure about Reinhart, he may be able to handle the role, suspect we see him again later in the year. The test for this management group is Justin Schultz. How smart is Chiarelli? We wait.

If the NHL wants to prevent the Oilers from drafting 1st again all they have to do is hire some competent refs.

This entire scenario kills me. It is over, NHL. You already let this happen! The time to stop the Oilers was before McDavid. Now? It is done. Fin. 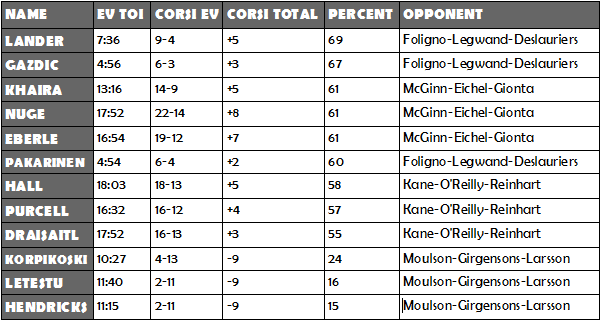 It was a good night for all but the checking line.

I wonder about the future for some of these forwards. The list of guys who will eventually come back is long (McDavid, Pouliot, Yakupov, Klinkhammer, Slepyshev) and one or two names could get lost in the flood. Lauri Korpikoski has been very poor, surely Todd McLellan’s notes say the same. Jujhar Khaira is a better player in these last games than the Finn, and that is crazy.

I think it is open season for media on the Oiler roster now, but Eberle will pile up goals in the next while and the heat will be off of him. Remember when people were all over Hall late last season? Yeah. One thing Garrioch does give us is a new wrinkle: A very good, young player. It suggests PC would be willing to take another Purcell for 2016-17 as long as there is a good young player added to the package.

Young forwards over 200 pounds who can play with skill? Mika Zibanejad, Charlie Coyle, Nick Bjugstad, Ryan Johansen, Boone Jenner, Aleksander Barkov, Tomas Hertl. Any of these seem like a match?

The one area this does make sense: It shouldn’t be too difficult for Peter Chiarelli to find inexpensive free agents willing to play (or take a discount) to play with the centermen on this team. We will see.

Nilsson says tonight wasn't his best game & would like to have first goal back, praises teammates for response. pic.twitter.com/HtpacIaued

Thank you, stranger! He is .922 overall SP and .927 at evens, making him No. 15 and No. 18 in the NHL, respectively. At what point does Peter Chiarelli talk to the agent? He would have to see this over a longer period for sure, but Nilsson had a fine year in the KHL last season and is continuing the run this season. Interesting development.

There will be very few Oilers prospects at the Christmas tournament, possibly Lagesson and Caleb Jones being the only two. Nice to see the young Swedish defender make the list. 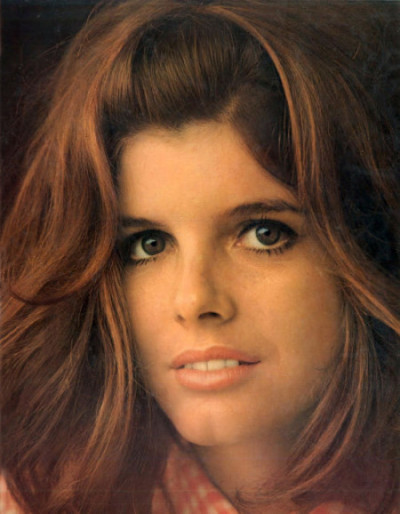 We are back! Me, Lt. Eric and the usual cast of zany characters hit the air at 10 this morning, TSN 1260. Scheduled to appear:

10-1260 text, @Lowetide on twitter. Also, I will be on the round table at 10 this morning with Dustin, Wil and DVD. Eskimos talk, Oilers and probably Creed. The movie! Plus, at 2 this afternoon I will be part of an analytics discussion on the Jason Gregor Show. Darcy McLeod and Michael Parkatti will be the big brains, and I will chime in from time to time on what should be an interesting conversation. Hope you can tune in!

OSCAR CLOSE, BROSSOIT TO THE SHOW AND FREE CHRISTIAN

151 Responses to "MORNING IN THE NORTH COUNTRY"