This is Jordan Eberle. His talent is scoring, the most difficult thing to do in sports. Eberle got hurt in pre-season and the blow to the team was significant. Injuries are having an enormous impact on the Oilers, but if they can ever get the complete band healthy, they could make beautiful music together.

MY KIND OF TOWN, YEAR OVER YEAR

Edmonton would lose G33 a year ago, San Jose winning 4-3 and ruining a night that featured a Steve Pinizzotto goal. The Oilers will be in tough against the Chicago’s tonight, but they have played them well over these years and the games are usually fun to watch.

Steven Stamkos an Oiler? Come the hell on. And yet, none other than Bob McKenzie mentioned Edmonton by name in a story on Stamkos yesterday. Quoting the article:

I cannot imagine the Oilers being able to retain all of Taylor Hall, Connor McDavid, Ryan Nugent-Hopkins, Leon Draisaitl and Jordan Eberle while also acquiring Steven Stamkos, but they could offload one of those names and still be ahead of the game in the acquisition. If Stamkos signs next summer to play on McDavid’s wing, who would you trade? Could you get an impact D for him? I bet you could come pretty damned close. Hamonic? Better? Dare to dream.

Maybe it is Nugent-Hopkins after all? You could fetch a fantastic defenseman for such an exceptional talent as the Nuge. I hate the idea of trading him, but he would have more value than 14 and Chiarelli could bring in a more substantial 3C for the heavy lifting? Would I trade Nuge for the right defenseman? Sure, but it would not be my first option. Oilers have strength at center for the first time this century, lets not blow it up at the earliest convenience. I do like Leon right side, maybe Eberle is odd man out? What a horrible, glorious pickle to be in.

We talked yesterday about Klefbom returning, and that could happen on Saturday or Monday. That said, tonight the problem of that top pairing and what to do with it remains. I am a stubborn kind of fellow, so will argue that Brandon Davidson should stay in his lane. If we try to exclude rookies from the tough minutes, we are left with a tough, tough choice. How about this?

Hmmm. Maybe Nurse—Sekera stays for three more games? Davidson may well be the guy to throw into the breach, but I really don’t like the idea of running another rookie out there. Do good teams do this? I don’t think they do. Man. Call up Fayne. Please!

Today at practice, there is a chance we see some tweaking of the pairings. Sekera is the top defenseman on this team, and in terms of performance Brandon Davidson should probably be his partner. If the young man steps in and flourishes, someone on planet earth should make an argument for the Calder Trophy. Seriously.

Taylor Hall starts with Ryan Nugent-Hopkins and Jordan Eberle. This is a change for the Oilers. Interesting.

The Oilers have two quality centers, two guys who play utility roles and a teenager on the IR who could make 2016 rattle and hum. The Nuge is pushing up offensively now, that line needs Benoit Pouliot tonight and they need him badly. Leon is Paul Bunyan with the numbers to match.

Jordan Eberle with the breakaway equalizer. He has goals in five of his last six games. #Oilers 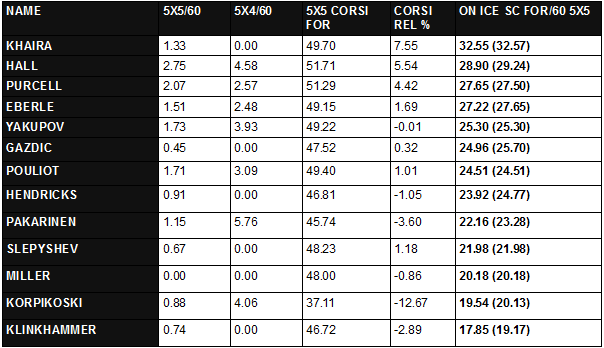 People are falling all over themselves to give Hall some love these days, but you and I knew this miles ago. Fantastic river-pusher he, Hall has splendid marks across the board. Teddy Purcell is also shining on here, like those numbers a bunch. If you wanted to bitch, maybe the 5×4 could improve, but that is a strength so it is a good bet that number will improve over the season.

Jordan Eberle is coming on now, this is such a good offensive player and Edmonton needs these goals badly. He is on a roll right now, feed him minutes and line him up for the shootout. Jujhar Khaira didn’t play the other night and the replacements were not as good. He may get run over by Benoit Pouliot tonight, but I would put JJ in anyway, possibly replacing the injured Iiro Pakarinen (still haven’t heard on his status).

Matt Hendricks and Lauri Korpikoski have been doing a good job as checkers lately, business as usual for Hendricks and a nice arrow in a good direction for the Finn.

Some very nice performances here, two lines posting offense and the goaltending numbers are solid to very good. Can this team win a game or two before Christmas? This stuff matters, for the first time in forever. 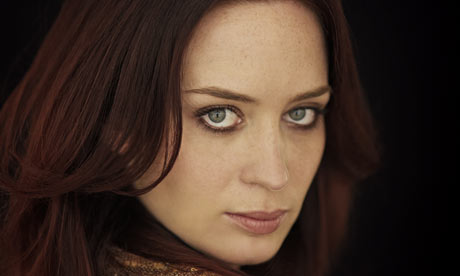 A busy show with the wide, wide world of sports. 10 this morning, TSN1260. Scheduled to appear:

THE POWER AND STRENGTH OF CLARITY

(Cap) Room with a view