Greg Chase has an enormous opportunity over the next three seasons. This year is the first of his entry-level deal, and the Oilers are going to be on the hunt for wingers with skill—and he is one, at least at the junior level. There will be issues—something happened somewhere for the team to decide Chase should start in Norfolk—but if he works hard and continues to develop, there is a career available to Greg Chase.

The Royals are #BackInBlack in 20 min vs the Silvertips with Greg Chase making his Royals debut! #yyj pic.twitter.com/c0xLb3geIV

We are late in the rankings now and the chances of getting an actual NHL player are not that high. Liam Reddox had a bit of a career before becoming a successful player in the Swedish Hockey League and Erik Gustafsson may forge a career now with the Blackhawks. At No. 19, most of the business is complete. 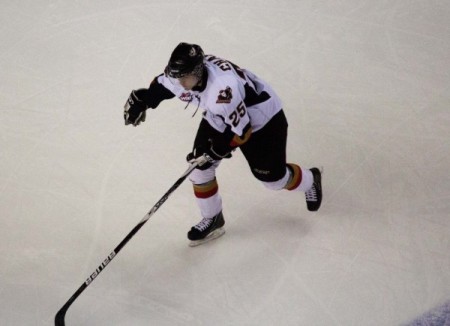 POINTS BY DISCIPLINE AS A JUNIOR, GREG CHASE

Chase had a stunning post-draft season, but the following year saw conflict with his junior team (the Calgary Hitmen, who also had some issues with Alexandre Plante in the time after he was chosen by Edmonton in the NHL draft) and a dip in performance.

In my experience observing professional sports teams, this kind of thing probably impacts attitudes towards the player in the organization. As Mr. MacTavish states above, tough to assign responsibility. That said, I believe Greg Chase could both have done nothing wrong while also suffering some career damage because of it. Hockey, like all pro sports, overreacts to some things and remains indifferent to other, more important things. It has always been thus. That said, without knowing more of the story, we take it into account in appropriate measure, and move on.

Despite the fall in rankings, Chase is the No. 4 winger on the list (Slepyshev at No. 4; Pakarinen at No. 10; Khaira at No. 12) and a strong performance during his entry-level deal will no doubt mean a major opportunity with an emerging young NHL team in Edmonton.

As you can see, my evaluation of Chase in the summer rankings—after the Hitmen incident—was not a factor in his fall on this list. Why did he drop 11 spots?

"One day I'll be able to tell my kids I played with Connor McDavid at rookie camp." – Greg Chase #Oilers

I nicked Greg Chase for three things: He did not have the kind of training camp we might have expected from him (although he was also injured during that period, I believe in G2 in Penticton); he found himself in Norfolk and did not win an AHL job (this may have been a message from the organization, but I have no way to know it. He wasn’t so good in TC that a stint in the ECHL raised eyebrows); he did not dominate the ECHL (10gp, 4-2-6, 18 shots) and was not the immediate recall when Draisaitl was promoted to the NHL.

That said, Chase has played well in the AHL since a slow start and his talent—listed above, and well known to Oilers fans who follow the prospects—is unique among the prospects and in demand at the NHL level. If Greg Chase can post offense in the AHL, please the coach with work ethic, and pay attention to the finer points of the game (he seemed to be out of position in TC) there remains a bright future.

Early days, and a slow start, but a strong finish to his rookie pro season could be Greg Chase on track as an NHL prospect. Jujhar Khaira scored 10 points in his first AHL season and is in the NHL now—it could happen and Peter Chiarelli will badly need value contracts again next season.