Any trade of Ryan Nugent-Hopkins must also include a very good center coming back. This is my opinion. Why? The Oilers top two centermen after a Nuge deal would be Connor McDavid (18) and Leon Draisaitl (20). No damn way you go to war without better cover for your most valuable assets. I don’t think this deal makes sense, despite the attractive defensemen being discussed. If you trade Nuge for Seth Jones, and he turns into something spectacular? Excellent! I don’t like it because Edmonton takes the risk. Shea Weber? That contract is an albatross, and Weber won’t be a big enough help at 35 to cover the money on his deal. Unless you can trade Nuge for Seth Jones and Steven Stamkos, I don’t see the sense on this deal.

Dreger: "I don't see Seth Jones being in play at any point, unless it's for a big, big name type of guy." #Preds

Jones is a fabulous young player, but he is not proven at the highest levels. He is 6.04, 205 and at 21, there are miles of good arrows for Jones. His resume covers a lot of needs for Edmonton (he can play a lot, RH, big shot from the point, great possession numbers). Jones is not an integral part of the Nashville defense, but good lord man there is a tremendous amount of quality. Jones does not occupy the highest level on the depth chart, but it is a helluva depth chart.

From what I can suss out, Josi—Weber are the No. 1 pairing and get the hose on full (tough opposition and situations) and Ellis—Ekholm are the second pairing. Jackman—Jones get the good stuff, but as the Corsi Rel indicates the duo is making good time with the open spaces and new blacktop. Can Jones flourish higher up the batting order?

Thoughts? Mine are: Very young again, fabulous prospect, depends on the price. Trading for Seth Jones means more growing pains and does not offer the team a clear path to the postseason, 2017 spring. That’s my opinion.

MONEY’S TOO TIGHT TO MENTION

The Predators are a great match for Edmonton based on strengths and weaknesses. I would say a Nuge for Josi trade is ideal for the Oilers, not so much for the Preds (and there is the damnable lefty-righty issue).

THE NUGE IN A BOX

Lots of talk this week about the Nuge’s poor season, so let’s have a look under the hood. Based on his own established levels, we should assume RNH to post about .700/game in offense. We can quibble over his 5×5 totals this year, but it has been an up and down year for linemates. For instance, Nuge hasn’t posted a crooked number during 146:38 with Benoit Pouliot. That is crazy, will change and in my experience once you identify this kind of anomaly the world shifts and takes care of it.

I find it difficult to make a case for RNH losing ground as an offensive player this season. In fact, I think it is possible we will see a grand spike when he is returned to the Hall-Leon line (Nuge scored 3.03 per 60 at 5×5 with Draisaitl earlier in the season).

I know it is popular to beat up on the Nuge these days, now that Jeff Petry is gone people are casting about for someone to torture. I would suggest trying to cut down the Nuge is akin to pissing in the wind. He is bona fide.

Here we have a chance to view RNH in terms of deployment and results/60. Since arriving in the NHL, he has been a substantial part of the NHL team. Since turning 20, he plays one period per game—through (now) four coaches he is valued and has delivered consistent offense. He is also the best two-way center on the team and is used in difficult situations—even more now that Boyd Gordon is in the desert.

(All stats via BTN and War-on-Ice).

In the last 10 games, Nuge is 2-4-6, -6. The offense came at evens and his line is certainly the second best offensive line on the team. The -6 means he has been on the ice for a lot of things going the wrong way and I think that probably feeds the rumors.

Folks, it is literally insane to make decisions (or form opinions) on a 10-game sample. You know this. You will read in the comments section today that RNH is never going to get better, that comparisons to Datsyuk or Keon are folly. I would suggest to you that anyone—me, you, Santa—who makes sweeping statements is less interested in the truth and more interested in framing the issue. We have substantial evidence going back years on this player, he is quality and we should be patient even in the face of a period of difficulty.

You don’t bring in a veteran GM to create one hole to address another. You bring in a veteran GM to patiently address weakness while not exposing his most valuable assets to undue (and early) stress, and you make massive moves in the clear light of day, after evaluating all you can survey under your own roof. There may come a day when trading Nuge makes sense. It is not today.

If Peter Chiarelli trades Ryan Nugent-Hopkins, that will probably be the thing we remember him for, and it will not be a good memory.

If you are going to trade the Nuge, then trade his ass. Do not ask for my endorsement and do not be surprised when I hammer you for one full decade over it. And if the return is Seth Jones, please be patient with him. He is not yet the sum of his parts, but he is a fantastic young talent. Pray Steven Stamkos is the other shoe to drop come summer.

Even with all of the crap and corruption, Edmonton is one of the three most improved teams in the NHL this Christmastime. Ryan Nugent-Hopkins is part of that success and could be a major contributor to a Stanley in Edmonton. Do not let anyone tell you otherwise. There is no good reason to trade him for a 21-year old defenseman beyond moving the holes on the team, and the down side (exposing McDavid to Kopitar and the rest of the WC) is extreme. 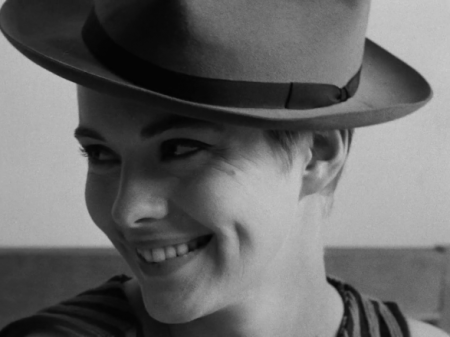 At 10 this morning, we will try to keep the Festivus Pole planted on the floor and our minds on the task at hand. Scheduled to appear, TSN1260.

207 Responses to "TRADING THE NUGE"