All-Star Taylor Hall and the brilliant Leon Draisaitl lead the Edmonton Oilers into the second half of the season, beginning tonight. Edmonton has been very streaky this year and hope to win their third in a row, as they once again attempt to get back to modern .500 on the year.

Oilers beat Chicago 5-2 a year ago in G42, so Edmonton will need to win this evening in order to keep pace. The team is 1-0 for the week, with two games to go before Monday—both against the Florida teams. 1-1 sound right this weekend? I don’t really have a feel for when the wins will come since Klef left (and didn’t before, truth be told). 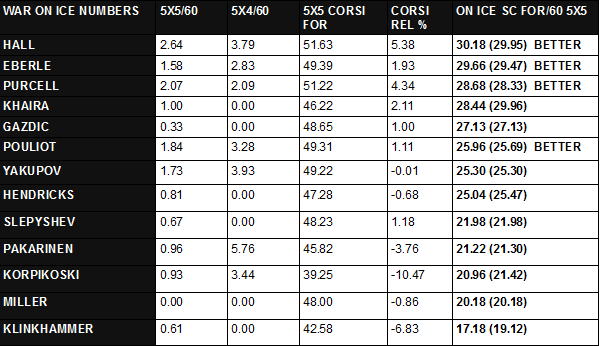 Brandon Gormley, placed on waivers this morning, shot pucks on Patrick Roy about an hour ago with a couple other players. #Avs

I think someone may claim him, not sure Edmonton fits. He is mobile, has enough size (6.02, 196) to play the NHL game and at one time was considered a fairly sure NHL bet. The Kassian addition suggests there is some of the Sather in our new GM, and Gormley would in fact appear to fit the reclamation profile. We wait.

It will be good to see the young Russian back, wildly unfair injury for a man on pace to post his first 40-point season. Todd McLellan had him going in a reasonable direction, hope he picks up where he left off and a new career high in points (31 as a rookie remains high water) seems possible.

Bogdan Yakimov (on loan from Edmonton) makes his #KHL return today vs Admiral. Playing on a line with Andrei Stas and Ryan Stoa.

Bogdan Yakimov made his season debut in the KHL today, playing 12:59, picking up an assist and three shots on goal. I hope we see him again, we will leave a light on.

The #Oilers have assigned Jujhar Khaira to the AHL's @Condors.

We touched on this last night, but Jujhar Khaira was sent to Bakersfield yesterday. He will get more playing time in the AHL and I do believe we will see him again. Every year, after the season is over, I post a Farm Workers item that goes back and touches on the types of players who emerge from the AHL and help in the NHL. Khaira is such a player. Quoting the 2015 edition of Farm Workers:

Khaira played one dozen NHL games and gave Peter Chiarelli, Todd McLellan and the rest of the Oilers brass something to think about when projecting their team for next season and beyond. For his part, Khaira probably has a list of things to work on (consistency!) and he does seem to have enough skill and range of abilities to have a career. Will it be as a Brad Winchester? A Jason Chimera? Too soon to know. Among the other men who are in their entry-level deals, it is interesting to see how many (or few) have played some NHL games so far:

If you are Martin Gernat, coming up on the end of your entry-level deal without some NHL time, it is probably fair to wonder about your future with the organization. Others? Less so, as they still have time on their contracts. One thing we may see? More callups for NHL looks, as the new management might want to see what a Kessy, Laleggia or Platzer do in the big leagues.

Peter Chiarelli has been on the job 6 months and resisted trading Klefbom, Nurse, and Nugent-Hopkins. This is a good thing! #Oilers

This. I am sure other NHL GMs (Saints! Every damn one of them!) have been offering immediate help for 10-year career defensemen, but that isn’t really the right idea. PC has some blue who are older than Connor McDavid, younger than Taylor Hall and should be able to help in major roles in two years. Hold on tight to those players! Vital.

Got Stamkos? Can you imagine this forward group with Stamkos? The mind, she boggles. If the Oilers ran next season with these three pairs—Hall/Leon; McDavid/Stamkos; Nuge/Eberle—we might be looking at the storm of the century every night in a rink near you. Three scoring lines at home and on the road? Where these guys would be going, they wouldn’t need roads. 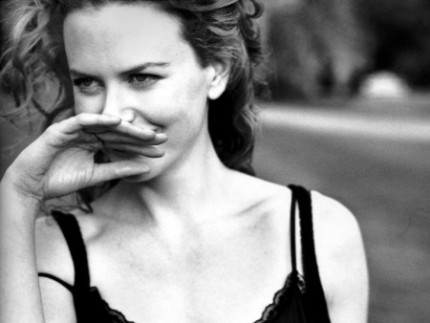