This instant is an iconic moment in recent Oilers history, and I have been hoping Nail Yakupov could get back to that  point again in Edmonton. Last night our brilliant but flawed hero scored a goal, had multiple good looks and was absolutely flying. Nail Yakupov made a difference in the Shark tank.

Ordinarily this is where I tell you where Edmonton ranks among the 30 teams (No. 28) and deliver some pissy line about the draft. Today, I will tell you that last night was a damned good game and it was encouraging. Don’t bring out the good whiskey, but you are allowed the hint of a smile.

"This was a better game for us. I thought we played a firmer, better-executed game than we did in Phoenix." Coach McLellan

McKenzie: Those who know Kassian say he's probably in a much better place now than he's been in a really long time on a life level. #Oilers

I don't care if he just came back from injury. The way he was playing you put Yakupov in that shootout!!!! #oilers #bitter

I suspect Reinhart will be on the team after the All-Star break (perhaps with fellow rookie Brandon Davidson on the third pairing) and it brings into light an interesting problem for the GM. He has amassed quite the collection of LH blue, without adding much in the way of the lesser hand. Of course, you can play lefties anywhere (brilliant people, really), so we might see a top 6D next season like this:

I would still run Fayne with Davidson but Reinhart is either here full time next season or he is down the line. One thing we should discuss is PC including one of the young lefties in a package to get a stone cold top pairing blue for RH side:

I think it is probably Reinhart or bust in terms of trading the young lefties, and I do think those pairings above are not far from what we will see next season. Is it enough? I will say no, not enough for a playoff team. Edmonton probably needs to add two defenders this summer, while also retaining Sekera, Klefbom, Nurse and Davidson. I could see them getting by with one addition, but only if Todd McLellan trusts Mark Fayne—we have no real evidence this will happen.

Time to sign the man. Last night’s goal was not a good one, but he recovered and shut the door until the shootout. This morning, his SP is .912 and he is the main reason Edmonton is 2-2-2 in a frustrating and confusing month. Sign the man.

Friedman: There are three teams in on #TBLighting's Drouin pretty desperate for goals and to get things going. #stlblues, #NHLDucks, #Preds

The team that loses out on Drouin may come calling to the Oilers. Shattenkirk, Vatanen? Don’t know that Nashville trades another defender this winter.

Friedman on Shattenkirk: "I wouldn't be surprised if he'd be willing to go just so this all ends." #stlblues

Peter Chiarelli should be in on this, and I think the time has come to bite the bullet a little. If they deal for him, and it works out, you have a major piece for a contending team. If it doesn’t, you overpay on the front end (for an extended rental) and don’t get enough back at 2017 deadline, but at least you did something and that’s what this fan base is screaming for today. Would you accept an Eberle plus for Shattenkirk plus trade? It may come to that, folks. Call it a difficult sacrifice in an effort to regain the balance lost in the 2006 Pronger trade. My goodness it has been a long time. 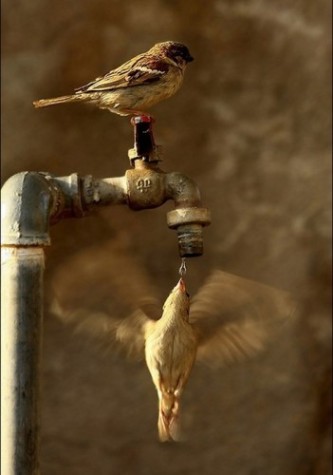 Today on the show (TSN1260, 10 this morning) we have a variety of subjects to cover and interesting guests to discuss them with on the show.

Keep Your Eyes on the Road, Your Hands Upon the Wheel

198 Responses to "THE LONG AND WINDING ROAD (BUMP BUMP)"