That was a strange hockey game last night. If we tried to make a list of what went wrong, we would have to pack a lunch because it would take all day. Anders Nilsson is going to get the horns today, but my goodness he had a lot of company. Both teams were miserable in coverage, line changes and giveaways. Sometimes the hockey is ragged, last night was such an evening.

THIS FLIGHT TONIGHT, YEAR OVER YEAR

Not a grand night, but I think we went into the evening with the belief this would be a tough one to win. Suspect any bad feelings this morning come from the feeling of hope those two third-period goals gave us. They are getting closer, but the lack of balance on this roster is real and spectacular.

A bad night for a goalie who hasn’t had a good one in some time. He may need more B-12. He may need a trip to Bakersfield in the next while. Perhaps bring up Laurent Brossoit for a few games? Seems like a plan. Todd McLellan may feel differently. There is pressure here, tomorrow is not promised to Todd McLellan. If he is in this same position next season, the Oilers will be into their second decade of losing and the coach will have spent 18 months trying to get up that hill. No sir. 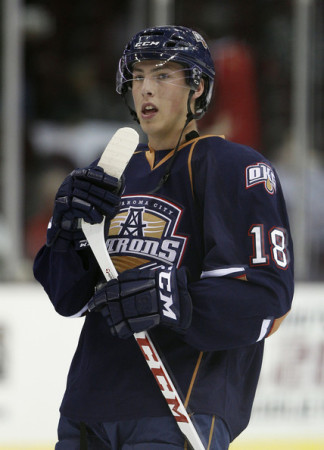 Interesting. This runs counter to what Mark Spector said less than a week ago (and we discussed at the time):

This Nuge thing has always left me scratching my head, because (as the link indicates) Spector is in fact a credible source. It would be easy for me to write ‘Spector doesn’t know what he is talking about’ but in the time I worked with him that was not the case. At all. Mark Spector has connections, gets major stories, and I do not recall one of them that came back and bit him.

That is what is strange about this story. Spector says Chiarelli had no comment, and I believe him. That tells me Nashville was the source, but the Oilers would have known this story had legs (it has been around awhile) and then chose to do nothing (Lebrun’s verbal seem coincidental to the overall story and how it is playing out in Edmonton). Here is what I think I know:

I would like to think Peter Chiarelli knows the full value of Ryan Nugent-Hopkins as a player. I would like to think the organization has an idea about how ridiculous it would be to send him away for defensive help this soon in the careers of Leon and McDavid. I have to tell you that I am not confident of that fact this morning. The way this story rolled out, hung in the air, and was not addressed for a long period tells me either something did happen with Nashville (beyond a simple phone call) or that the Oilers are fine with their center flapping in the wind like one of those big Canadian flags at the highway Husky.

I have defended Peter Chiarelli because of his (mostly) good work in Boston, but the way the Nuge reports have been handled leaves me flummoxed. I think Peter Chiarelli has some things to learn about this market. Perhaps he can ask Mark Spector the next time the two men are in conversation.

Very discouraging. We talked in summer about the lack of balance, and we absolutely discussed life without Oscar or Sekera and what it would look like. That is one reason I have a hard time getting too angry at the defense last night. What should our expectations be? Imagine this team without Brandon Davidson. Balance. Depth. The Oilers haven’t been close to having it on defense since the fall of 2006. Who does this? Only the Oilers.

This is something to watch, because the verbal from Peter Chiarelli has been that GR is close and that we should see him in the next little while. In the days before Chiarelli, the GM would call up the touted defender and play him, in the hopes he turns it around. What is likely to happen in a case of this kind? If Reinhart can’t perform better than the man he is replacing, the fans are going to turn on him. No. It is better to keep Reinhart on the farm until he is comfortable and delivering consistent performances. When will that be? We wait. 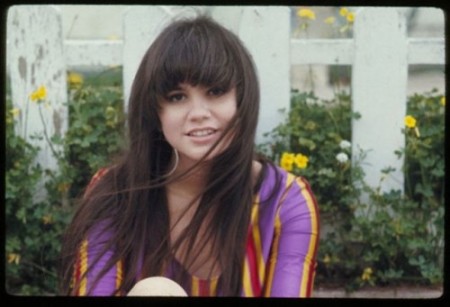 A busy show this morning, TSN 1260. Scheduled to appear: