My three favorite games by the Oilers this season (In Calgary, at home to Montreal and the Rangers on Sather night) involved overcoming difficulties and pushing the river when the opportunity arose. The man games lost is a part of the story of this season, and because of it (imo), games like those three disappeared (mostly) after early December. If Edmonton was a winner in January, fans knew to look for Cam Talbot to have a big game. The last 32 games of this season need more balance, more control, more sustained possession and better special teams—and nights when this team can push the river. Connor McDavid should help some of that, one hopes the return of Brandon Davidson and Oscar Klefbom stills the waters in the defensive zone. All bound for Morningtown, many miles away.

I am always struck by the second half of an AHL season. For some reason, it seems the rubber hits the road and prospects begin to either find the range or fade away. Here are the numbers for January:

Edmonton's defense has no idea what identity to go for…and it shows. pic.twitter.com/AqON1SpgY4

As a visual learner, this is extremely powerful. Andrej Sekera, Mark Fayne, Brandon Davidson, Oscar Klefbom, battle river and survive. The rest? Lordy. Darnell Nurse will eventually recover but this shows how curious it is to run Nurse-Schultz so heavily. I believe the young blue played well in his first games, but has faded over time. Here are the cumulative numbers after G19, with Nurse having played 10 games:

This is a few games after McDavid has been injured, Nurse had played 10 games and Griffin Reinhart 11 games. I received a couple of emails yesterday stating it had been a mistake to recall Nurse and send Reinhart down, wanted to point out a few things. First, Connor McDavid went down during G13, meaning Reinhart would have played five games with McDavid, and Nurse would have played four games while 97 was healthy. Second, during the first 10 games Nurse played in Edmonton, he was in fact superior to Reinhart’s efforts (GR was injured during this time as well, so we need to factor it in).

Not a massive deal, but we should remember when we compare the Nurse and Reinhart numbers now, there are important differences in their handling and the quality of the team during their respective times in Edmonton. I have suggested, and remain convinced, Nurse is and was a superior player to Reinhart. Usage, injury and other factors have us here. Important to include all elements when we discuss these things. I do not believe the Oilers would have iced a superior team if they had kept Reinhart up and left Nurse on the farm. Do you?

Ziat Paigin on #Oilers:'Fans want me? That's great. My contract is one more year up. Let's see there. But sure – I'd like to play in the NHL

Paigin is one of the few eligible draft choices in the Edmonton system who is worth signing and turning pro this summer. If we assume Ethan Bear, Caleb Jones, John Marino will stay in their amateur leagues, and that Paigin doesn’t buy out his contract, here is the pool to choose from:

I think we may see Edmonton sign Marco Roy, Josh Winquist, Josh Currie types to NHL deals, or add NCAA or CHL free agents this summer via NHL deals. Based on these last couple of seasons, bet heavily on Bakersfield signing a few of these players. Edmonton needs to add players, and the procurement department has no obvious signing options from past draft boards.

Dreger: "I don't believe that Chiarelli is shopping either" Nugent-Hopkins or Eberle. Thinks it would take a mammoth-type of trade. #Oilers

As we edge closer to the deadline (and then summer) I remain hopeful Peter Chiarelli will use draft picks and cap room to help him bring in defensive help. The idea of trading for a top defender under control faded (for me) when the price for Seth Jones was revealed. If adding a talented but unproven defender comes at a cost of a bona fide No. 1 center, then perhaps PC can get by with two secondary additions to this defense.

That brings me to the next item of business. If we can agree that the Oilers will probably have their first-round pick in play, and that the pick (no matter how good) won’t get you both, what else can they trade? Where is Edmonton’s depth and quality so strong they can afford to take a piece and remain strong? Young left-handed defensemen. The list is absolutely endless! If you include Ziyat Paigin, the list stretches literally for miles.

I am not obsessed with lefty-righty (our forum has all the seats for those meetings filled and there is a massive list who want to join), but good grief that is a monster lack of balance. As we venture into the spring and summer, balance will once again take over as a main theme for this blog. Balance may look strange on the day it arrives, because it might mean moving Darnell Nurse or Oscar Klefbom, moving that dandy Brandon Davidson contract or Griffin Reinhart. Peter Chiarelli has very few areas where he can borrow from and remain strong, left-handed defense is a monster on this roster. Someone is moving. 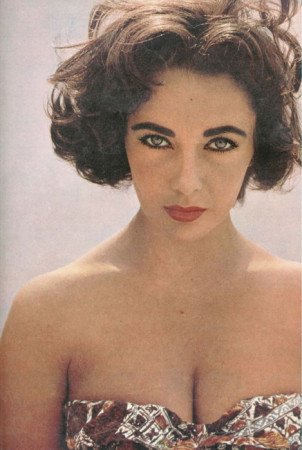 A busy, fun show today, 10 this morning on TSN1260. It is Bell Let’s Talk day, so some of the content will surround the subject and the cause, tune in for that and the usual. Scheduled to appear: