As I mentioned yesterday, I think we can see Peter Chiarelli’s Oilers from here. The forwards are mostly onsite, the only questions (for me) are which of them will he cash for his stud blue—or will he need to do it that way? Let’s revisit my roster from yesterday morning’s post:

A few comments came in yesterday about the Nuge not scoring 50 points if he is 3C, or keeping his value, and I wanted to speak to that item. First, Todd McLellan used his 3C in San Jose very effectively, moving Joe Pavelski up and down the lineup as needed. Second, we talk about these rosters as if they will remain the same all year, without injuries and slumps plus various maladies and stories. The Oilers have not been balanced in so long it might be difficult to imagine what it looks like, but the forward group is closer. If you could find a RW with offense for Nuge’s line—say Teddy Purcell—I think it would be absolutely reasonable to consider this a playoff forward roster.

The defense is not good enough, and of course we know it. A lot of comments yesterday about Reinhart not having value (I had suggested picks and prospects like Reinhart as being the currency to be used to the question mark right-handed defense) to satisfy a trade for a veteran upgrade.

I think the Oilers should consider Oscar Klefbom and Brandon Davidson as their vital LH D next season—assuming Sekera plays RH side—and do believe Nurse’s long term value is too strong to trade. The only way I can see all of these lefties making it? If Sekera and (say) Davidson play RH side, that seems a distant bell. Someone is going among this logjam of lefthanders, and I honestly don’t think they should deal Brandon Davidson.

Question: Are we confident enough in the PC/TMac combination to believe they will make the right call here?

I am not certain the gang will all come back, though. The Oilers are at 21 on their roster currently, and will add Connor McDavid and Brandon Davidson (probably today)—putting them at 23 and a full boat. However, Zack Kassian (likely) and Griffin Reinhart (maybe) are coming back, meaning the club would be at 25 and needing to reduce two players. I wrote yesterday about this subject at ON, listing these possibilities:

I did not include Darnell Nurse getting sent down, and Marna 10 mentioned that should be added as a reasonable option. I would like it to be a consideration—Nurse is struggling—but I have 10 years of history to back me up. Let me give you an example:

Smid was 20 years old and playing major minutes. I don’t have the possession numbers from that season, but in 2007-08 he was about where Nurse is now (45 percent). He played 77 games as a rookie, averaged 19:14 a night. If the Edmonton Oilers send Darnell Nurse down today, I promise to write a long and positive article about the changing of the guard in Edmonton, and Peter Chiarelli and Todd McLellan doing something we haven’t seen (not really) in a decade. I believe Nurse remains, perhaps playing fewer minutes a game (that is the play here).

One area I have been concerned with PC-TMac is the defense. I wrote this a week ago:

Problem one for this team on defense—and this goes back to Ralph Krueger—is Justin Schultz and his playing time. This year, in a campaign where most of us can agree he has been backed off from previous work loads—he averages 20:16 a night. Too much by plenty.

I understand there needed to be an evaluation period, and do think progress has been made (Sekera was a Chiarelli add, I am a big fan of the player) and some luck has landed here (Brandon Davidson was manna from heaven). If I am looking at an ideal 2016 in terms of procurement and offloading, it might look like this:

I think that is a pretty good ‘to do’ list for the summer—if Edmonton brought in Travis Hamonic, kept Mark Fayne but also acquired Mike Hoffman for the power play, would you complain?—and hell maybe Clendening is the solution, given time and opportunity.

Have you noticed who is taking PP shots? Here are the top five Oilers:

Hall is No. 4 in overall shots (190) so probably leads (or is close) to leading in EV shots this season. Alex Ovechkin has 234 shots total, but NINETY on the power play!

I think the Hoffmans and the Hamonics can be acquired without dealing Jordan Eberle or Nail Yakupov. What would it take? Some of those lefty blue and the first-round pick from 2016. I understand the idea of having a fabulous Finn to score goals alongside McDavid, but the idea of starting 2016-17 with a more veteran group has great appeal to me. Dealing draft picks and 22-year-olds for guys who are 26 and established? That is the play here, unless you plan to rebuild forever. I think we will see Chiarelli add some offense this summer and a really good defenseman like Hamonic.

If he deals from strength? The Oilers are drunk with high draft picks and they have stacks of left-handed youth on the blue line. I think we should look there for assets out. 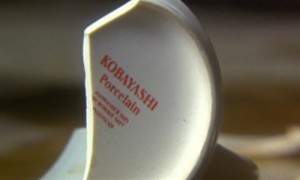 We start the week with a great show, 10 this morning on TSN1260. Scheduled to appear:

Final note: I have included Mike Hoffman and Travis Hamonic as trade options in this post. Last week, I did a similar thing and we spent several hours discussing whether it was actually a trade rumor. Please understand, the nature of this blog is not to break news, so if I do not provide a link you can be certain it is speculation. Thanks for reading, enjoy your day!

176 Responses to "ASKING ONLY WORKMAN’S WAGES"