Old man Webster has been up all night, and he still can’t find the words. Watching Connor McDavid cut through Blue Jackets last night was incredible, other-worldly, stunning, and a bunch of words they haven’t invented yet. Bring on the thaw, I am ready for the warmth of the sun and music that swings. Hope rang throughout the north country last night, we have our champion.

IT CAME OUT OF THE SKY, YEAR OVER YEAR

Last night was pretty damned encouraging, and we can talk about equaling last season’s win total (24) by the end of February—but let’s not get ahead of ourselves. The Blue Jackets are not the Islanders or even the Senators or the Canadiens—a 2-2-0 week was a reasonable expectation yesterday and should be this morning. We are on to Kanata, and maybe someone else will experience Tabernac Saturdays beginning this weekend.

McDavid with the INSANE goal in his first game back since his injury ?https://t.co/VBFNTIwsHP

The goal itself was incredible, but to do it first game back? It is the stuff of legends. I said yesterday that McDavid would have to post a good point total (over point-per-game) and the Oilers would have to push toward a playoff spot (turn a 10-point deficit into five points, that kind of thing). He can win the Calder, the story is there to be written.

In regard to Nurse, I think we have to stop taking every moment and parsing it into minute bits. If you see a critical post or tweet, perhaps examine it to see if it has value. The young man has struggled, there is no denying it. Defense is a tough position to play, he is 20. Give him time, and if it is in Edmonton please be patient. And if it is in Bakersfield, please don’t jump off a moving train or climb out on a ledge. Brandon Davidson is going to be activated in time for Thursday, and Griffin Reinhart has earned the opportunity to stay, in my opinion. Who do they send down? My guess is we are back to eight defenders.

"I lost count of how many souls I owned tonight" pic.twitter.com/lQBmMTMuCI

DO THEY BRING BACK SCHULTZ?

One suspects Todd McLellan would run the current group, but he did say Brandon Davidson will be ready for Thursday. Who comes out? Will Justin Schultz also draw back in? Interesting times for the Oilers, who have some options here. For me, the Sekera—Fayne pairing is golden, and I do like Reinhart—Gryba as third pair. So, if we ask ourselves who Davidson plays best with? Looks like you can play him with damned near anyone. We are reaching a point where the Oilers probably have to think about offloading Fayne, Schultz or Gryba. Could that happen this week? We wait.

Here are the top five rookies (10 or more games) this season in points-per-game:

He could win this thing. McDavid is famous, fantastic, and his goals inspire gasps, vapors and rushes of adrenaline from onlookers. This is a story every hockey blogger and writer can dig their teeth into, and the young man is both magic and manic. What a story. 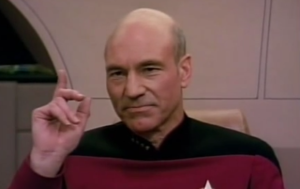