The Edmonton Oilers started the post All-Star portion of the year with a very encouraging win over the Columbus Blue Jackets. They are on the road for the rest of the week and their opponents are not the 1985 Oilers. Can they go 3-1-0? One game at a time.

G52 last season was a 2-0 loss to Pittsburgh, Mark Arcobello assisted on the first goal and David Perron scored the other. There’s a reminder of addled behavior in every port, ladies. I think 2-2-0 for the week is reasonable, but secretly hope Ottawa and Montreal are as crappy as they look on television. 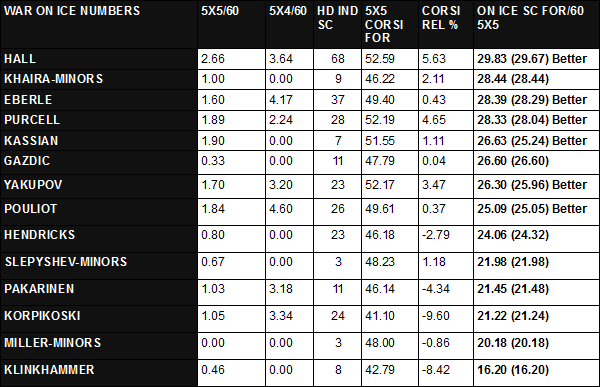 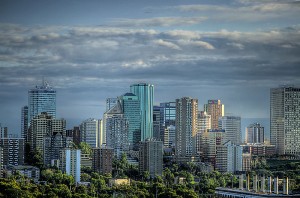 I know it is early, but these blasted road trips often mean the Oilers leave behind a defenseman on Long Island (more in a minute) or Boston. If I am reading the PC tea leaves correctly, we might see his white board for next season like this:

Seem fair? That means all of Purcell, Fayne, Gryba, Schultz, Nilsson, Korpikoski might be avialable. I think the Oilers have three outside additions to target (3C, two RH D) and maybe they are already here (Fayne). Question: Do we see three scoring lines next season, or three lines scoring? By that I mean, are we about to see a 3line that brings physical play (Kassian), a checker (Hanzal) and a scorer (Yakupov) that can score and check? We wait. Note: I am not saying Hanzal, Hamonic and Vatanen are getting here for free, just blue-skying the future and ideal situations.

The rebuild has been delayed by many of these trades, the Penner trade fetching Klefbom via the draft but sending away Jeff Petry at the moment the Swede was ready to push. The GMs of this era (Tambellini, MacTavish) remind me of the Star Trek Voyageur episodes with Kurtwood Smith (Memory Alpha) in that the organization kept re-setting and going back to square one, over and over. Every trade deadline involved dealing away perfectly useful players. Although Teddy Purcell is not Jeff Petry, I do think the organization should pause and think about retaining some of the good players (reportedly) in play.

A fun show this morning, TSN1260. Scheduled to appear, beginning at 10: